Declining SAT Scores and the Decline of the Middle Class 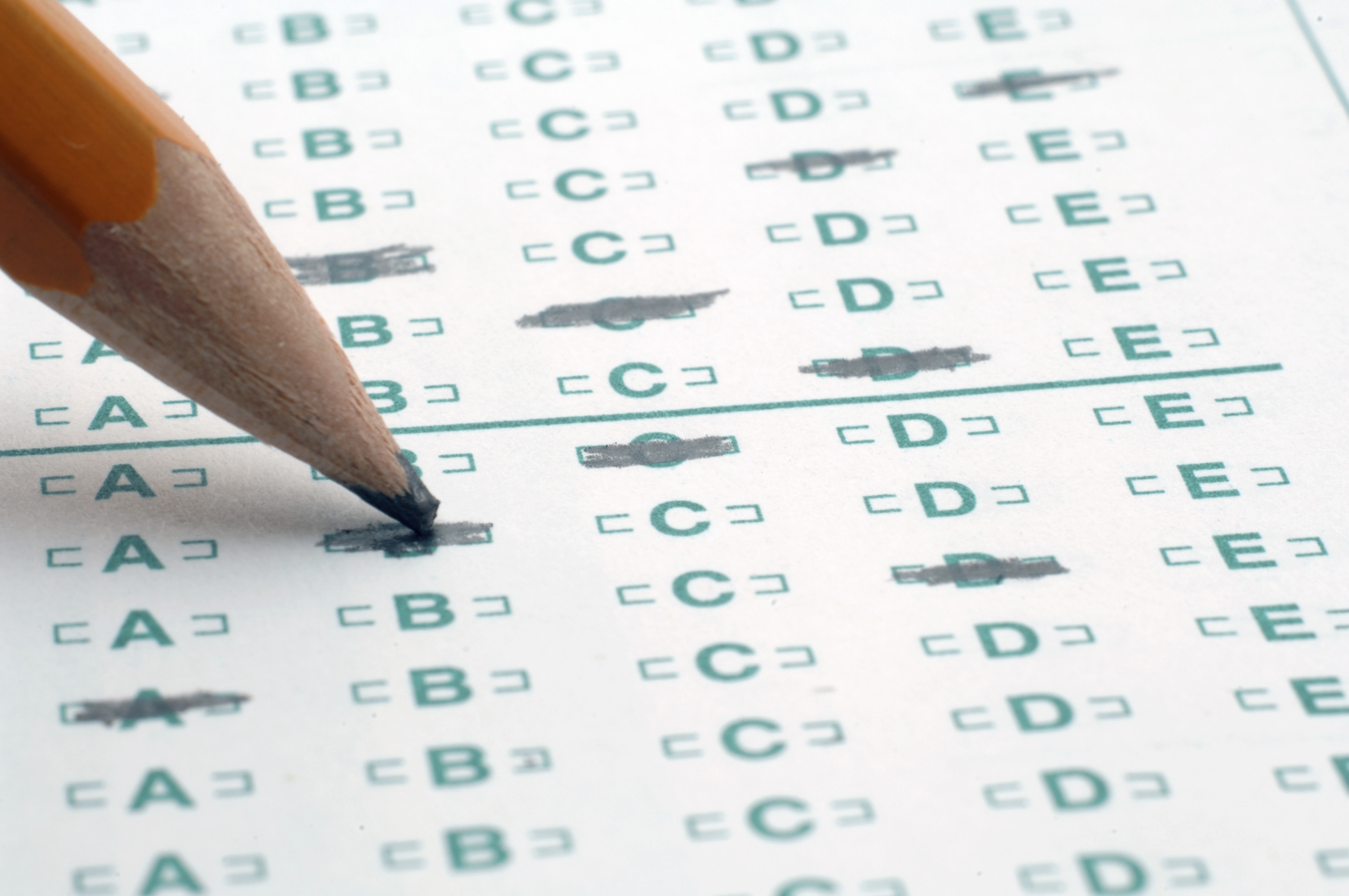 Our society has "dumbed down" over the last few decades, and the decline in SAT scores is perhaps emblematic of this (caveat:  It may also be caused by more people applying for and going to college).  But I think there is a trend toward dumbnification, if you will, of our society.   We seem to be lapsing to a lowest common denominator in terms of behavior, arts, music, education, and the general level of discourse.

This got me to thinking - maybe that is why our middle-class is disappearing.   The poor are not very bright, which is why they bite on deals like payday loans and pawn shops and other crappy deals that serve to take away what little they manage to accumulate.   We expect this from the poor.  They can't help it.  It is what makes them poor and keeps them poor.

The middle class, in the past, was pretty conservative with money.  Mom and Dad saved up money, and paid off their mortgage, over time.   They didn't spend hours in casinos, buy lottery tickets, or pawn Dad's gun whenever they needed crack money.  Oh, right, they didn't do drugs.  And Dad didn't have a gun to pawn.  And "good people" never set foot inside a pawn shop.   Those were the values we had back then.

Today's middle-class is a different deal.  The continually refinance their home to pay off credit card debt and consider a trip to a casino a rational idea of a "vacation."  The accumulate an arsenal of weapons and believe in end-times theology.  And instead of saving, they just lament how hard it is to live "paycheck to paycheck" while leasing cars and texting on their smart phone.

In terms of entertainment, well, we have reality television, explosion movies, and rap music.    Need I say more?  It is all about being as dumb as possible today - and being proud of it.  It is the culture of belligerence that I wrote about before.   We all act like bad-asses and do the same stupid things that bad-asses do - lower-class poverty-think things.

My parents went to the Opera and the Symphony.  Today, both are shut down from lack of attendance.  The Mom and Dad of today go off to see the Rolling Stones propped up on stage as if by Disney animatronics.   Sympathy for the Devil - ahh, yes, the classics.

We flushed our culture down the tube.  We flushed science and technology down the tube.   We now believe in junk science - 9/11 conspiracy theories, faking the moon landing, UFOs, anti-vaxxers, and the latest thing - flat-earthers.

And we wonder why the middle-class is falling down the economic ladder.

Bill Nye the Science guy appears on a talk show and is shouted down by a "panel" of people who are more interested in what the Kardashians are doing.   This is the normative cue being fed to an entire generation.  That "sciencey" stuff is a waste of time.  Entertainment news is where it is at.

So every Patent Application I write lists inventors named Singh, Chan, or Abdulla.   No Smiths, or Jones, anymore.  We've given away our technological edge to H-1B immigrants who are willing to take the hard courses in science, technology, chemistry, and medicine.  And my hat is off to them.   They are willing to do the work and climb the economic ladder that our native-born middle-class has abandoned in favor of naval-gazing and feeling sorry for ourselves.

Meanwhile, Junior gets straight B's in "Liberal Arts" and then graduates and protests on Wall Street because he can't get a job or pay back his loans.  Or he goes to a BLM protest - if whites are allowed.

And we wonder why we are slipping down the economic ladder.   Pretty hard to figure that one out, yessirree!

Simply stated, our former middle class is getting dumber and dumber.  And as you get dumber and dumber, you do dumb things, economically, and end up poorer and poorer.   Intellect and wealth are directly connected.

How can you reverse this trend?  It is not hard.  Turn off the television.   Disconnect the cable.  Stop obsessing about "entertainment news" or what is on Facebook or Twitter.  These are things that dumb you down.  Read a book.  Think about things.   If you go to college, study something hard - challenge yourself.  Work toward a goal, not just muddle through.  Don't assume the world owes you a living.

And stop doing dumb things the poor do - like buying guns, running up credit card debt, refinancing your house again and again.   And for God's sake, don't set foot in a pawn shop, title pawn loan, or payday loan place.   If you are on drugs, get off of them.   They drag you down.

And stop obsessing about your family or friends.  You will never "understand your relationship with Mom" so just get over it and move on with your life.  The very rich don't sit around and obsess about nonsense like this - which is why they are rich and you aren't.

And stop blaming the rich for your problems.  Externalizing never solved anyone's problem.  Uncle Bernie isn't going to play Santa Claus and make everyone a millionaire.   The best he can do is make everyone equally as poor - that's how Socialism works, as has been demonstrated again and again over the last half-century.

The same is true for Trump fans.  No, he's not "rich" - if he was, he wouldn't be on a reality television show.  He's an entertainer playing a rich guy.  The really rich don't go around insulting people like Don Rickles or making a show of themselves.

If you want to improve your lot in life, you have to be smarter, not dumber.  The smarter you are, the better off you will be in life.  The smarter choices you make in life will make your life better.  And often this means going against the herd mentality - a mentality that increasingly is dumber and dumber.  Yes, "everyone" has a smart phone and has a Starbucks once a day.  And it seems "everyone" is leasing a car, getting a rewards card, and refinancing their house to pay off debts.   Guess what?  Most everyone you know is hopelessly in debt.

Yes, it is a shame about the poor.  They are not very bright, so they make horrific financial choices, which keeps them poor (Ever met a smart poor person?  Neither have I).  Not much we can do about that other than to be their stewards by providing them with a safety net.

But Mr. & Mrs. Middle-class America?  What is your fucking excuse?  Oh, right, you had to stay up last night watching dancing with the stars.   Do you realize how stupid that makes you sound?   Stop being dumb.  Or at least, stop being proud of it and realize that the vast bulk of our culture is at a 6th grade level, if that.


UPDATE:  Some have opined that that the real reason the middle-class is declining is that H1-B visas are "giving all the good jobs" to furriners who are working for lower wages.   This is a Trump talking point, and it is utter bullshit.

First of all, in my experience, we have been filling the ranks of engineering companies in places like silicon valley, Austin, Texas, and Boulder Colorado with H1-B visa Engineers for decades now.   It goes back at least to my days as a Patent Examiner back in 1987, nearly 30 years ago.

Second, we don't pay them less than "American-born" Engineers.  Demand for Engineers is so high that tech companies fight over Engineering talent.  If you underpaid a good Engineer, it wouldn't be for long.

Third, the reason companies like Google, Apple, and Microsoft hire so many foreign Engineers is that there are not enough American-born Engineers available.   If you have a degree in Electrical or Computer Engineering, you can pretty much write your own ticket today.   You will have job offers out the wazoo.

Now, on the other hand, if you are a "researcher" you likely won't find jobs in "research" as these are academic jobs and are few in number and hard to get.


Most American-born kids don't want to study calculus, thermodynamics, or electromagnetics.  These are very, very hard courses, although even an idiot like me managed to master differential equations.   Hard courses interfere the party life - drinking beer, smoking pot, and going to frat parties (isn't that what college is really about anyway?).

We have a sense of entitlement in this country, and Donald Trump taps into this.  "Hey, I was born here, and I'm white, where's my six-figure salary job and corner office?  Some damn foreigner must have taken it away from me!"

The truth is, we gave away the good-paying jobs by failing to study the hard things, by failing to think critically, and failing to learn hard truths - as my reader is failing to to (much easier to blame others and externalize, ain't it?).

If Trump has his way and does away with H1-B visas, this will not result in a boon of employment for Americans, but rather will force American companies to move engineering facilities off-shore, which will mean the loss of even more American jobs.   Scarier still, it will mean the real intellectual part of our technology culture will now reside overseas.

We are less of a manufacturing economy than a design economy - intellectual property (of all types) is our greatest and most valuable export, even if it doesn't appear on a ledger sheet.   We invent and design things in this country.  If we move that last profitable enterprise offshore, we will have little left but low-paying manufacturing and service jobs - what few are left.

Xenophobia is never the right answer.

It has been a privilege to work with Engineers from all over the world in my line of work.   If you knock on the doors at Apple, Microsoft, Google, or whatever, the person answering it may likely be from overseas.   This is not a bad thing - we are getting the best and brightest.

Bear in mind that what some people include in the rubrick of "researcher" includes sociologists and anthropologists and other academic fields.

If we cut off H1-B visas, you can bet the tech companies will open design centers overseas, and our last rampart of our technological culture will be lost for good.

When I was a kid, everyone wanted to be a rocket scientist - as we were going to land on the moon.

Today, everyone wants to be "America's Next Idol!" or a judge on the show.