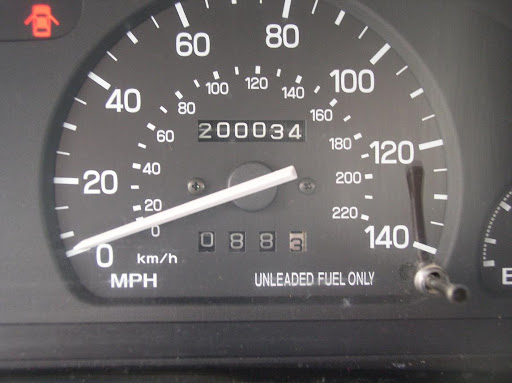 There is a difference between reliability and popularity.


Two articles recently, one in Popular Mechanics and one in Road and Track (sister publications) list the "top ten vehicles" and "top ten cars" which go over 200,000 miles.  Both stories are utter bullshit.

Why?  Our friends at the bureau of specious statistics are up to no good again!

To determine the "top ten" rankings, they counted which vehicles were most commonly cited as going over 200,000 miles.   This was not done on a per capita basis - based on the number of vehicles sold - so all you Subaru fans are left out in the dust, as Subies are not as high-volume as other cars.

Not surprisingly, the "top ten" over 200,000 miles are also the "top ten vehicles sold in America" with America's most popular vehicle, the Ford F-150, leading the list.

The list reads like a list of the most popular selling vehicles in America because it largely is.  Most cars today can go over 200,000 miles, provided they don't get into a wreck.  So it is not surprising that the most popular vehicles sold in America (Pickup trucks and SUVs) round out the list.

The only anomoly is the Toyota Avalon.  The Avalon is a larger version of the Camry, which is on their secondary list (and is the most popular or second most popular car sold in America).   The Avalon isn't sold in large numbers (not as large as the Camry) so its presence is a bit puzzling.  But Avalons tend to be purchased by older people (a demographic Toyota is desperately trying to change with the new model) and you'll see them tooling around The Villages a lot.  It is the new Mercury Marquis, basically.   So they get driven carefully and held onto for a long period of time, and show up on the list despite their relative rarity.

In the car list, the same pattern repeats - the list mirrors the list of most popular cars sold in America - including the inevitable Honda Accord and Toyota Camry.   Don't get me wrong, both cars are well-made, but the reason they appear on this list has more to do with the fact they are the first and second most popular cars sold in America, and the methodology of the survey is flawed.

In other words, it is basically a "top ten vehicles sold in America" list and not any indicia of quality or longevity.  There maybe many other cars which are far more reliable, but don't appear on the list simply because they don't sell in large numbers.

But a method that merely measures percentage of cars that are over 200,000 miles?   That merely reflects which cars are sold in the largest volumes.   It is bogus statistics and shit science - and crappy journalism.

And yet, people would read this article and go out and buy a car based on it.