They Throw Pennies At Us, Hoping We Spend Dollars 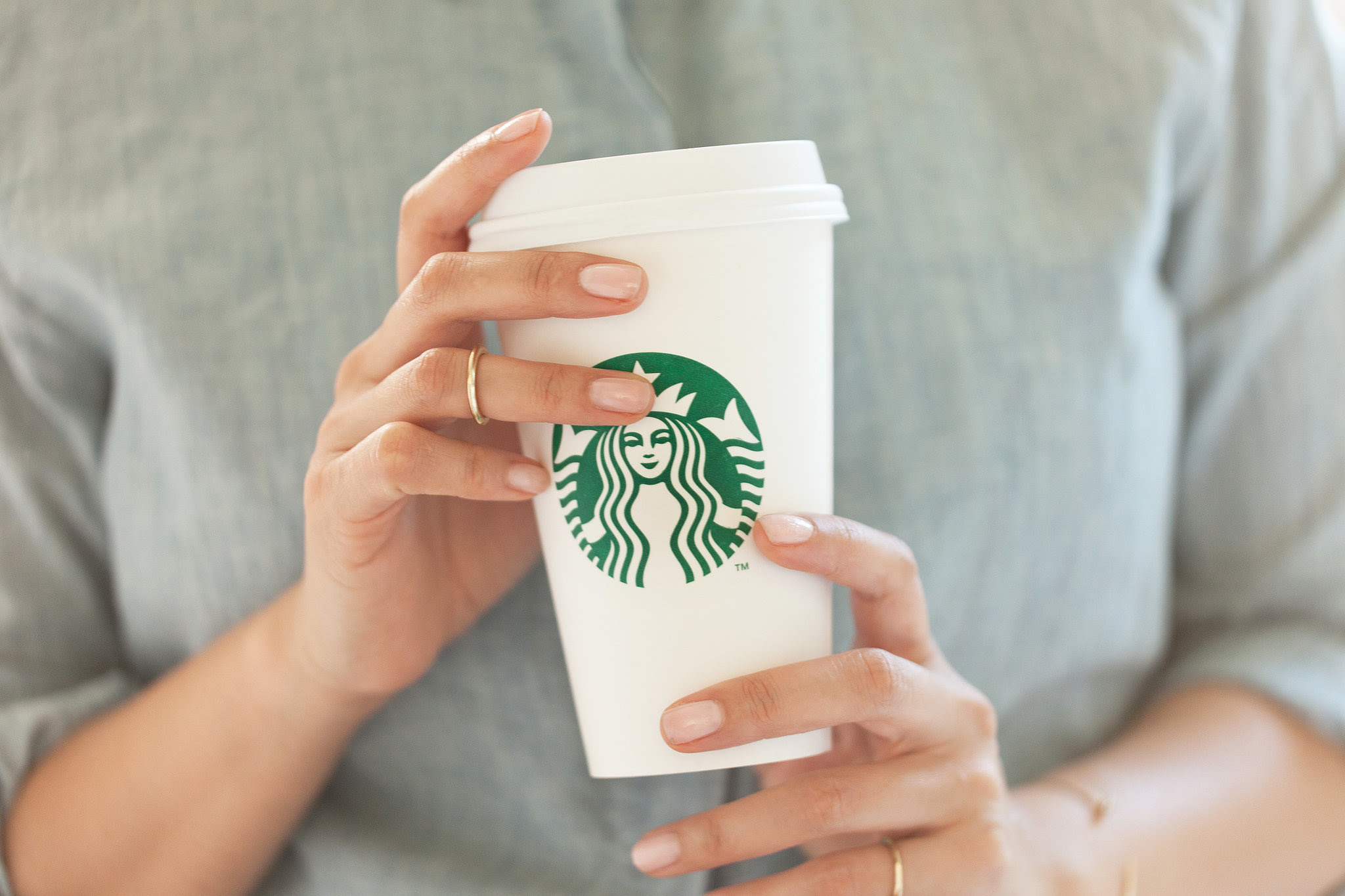 Is getting involved in "rewards" programs a worthwhile endeavor, or it is just smarter to shop around on price?


A reader recently sent me a link about how Starbucks customers are "furious" about changes to the rewards program.   In a way, this is nothing new - the airlines do this all the time.   Rewards points on airlines used to be based on miles traveled - regardless of how much you paid for a ticket.   They changed that, basing them on how much you spent.   And the rewards miles used to last forever, so they changed that, making them expire so fast that only the most frequent of frequent flyers could use the miles.   Rewards points used to allow you to book a flight for the whole family to fly to Hawaii on vacation.  They changed that - at best you might be able to get one seat on one flight - if that.   And along the way, they added "fees" for using miles, offered to sell you miles, or offered to keep miles active if you paid another fee.  Today, airline miles are pretty worthless, unless you fly an awful lot, and even then, the best thing you can do with them is upgrade to business class.

The entire idea behind rewards is to encourage brand loyalty and repeat business.  For airlines in the 1960's, frequent flyer miles were a way of getting business travelers to use ONE airline, as opposed to shopping around on price.  Since your company was paying the ticket price anyway (and basic airline tickets cost more than a good used car back then) no one bothered to shop on price.  So you stuck with Pan Am, for example, racked up a lot of miles, and then used those personally to fly the family on vacation.

Of course, it was a kick-back - a bribe - and some companies caught on that employees were not shopping air fares on price but on kick-backs.  Even the government tried to stop this - requiring frequent flyer miles be handed over.   But it didn't last long.   Flyer miles were deemed the perk you got for having to endure flying.

But over the years, the industry changed.  With deregulation, the cost of airfare became competitive and more and more people flew.  There were no longer empty seats in an airplane to sell.  Overbooking became the norm.   Flyer miles became harder to use.  And in an era of airline bankruptcy and thinner and thinner margins, the idea of letting people fly for free became less attractive to the accountants.  So the rules were changed for a new era, and today, flyer miles are pretty bogus if you fly only once a year or so.  You are better off shopping on price than on brand.

For restaurants, rewards programs can do two things.  First, they encourage brand loyalty.  If you are a Starbucks fiend and have a "rewards" card, you will tend to go to a Starbucks, over some local Mom & Pop coffee shop, as you will want the "rewards" points.   This of course means you are missing out on some really good coffee or something unique, from a place that doesn't roast its beans in a blast furnace.

Second, rewards encourage consumption.   You might not otherwise be going to Starbucks today, but you think, "Hey, I'll get more rewards points, or maybe cash some in on a free cookie!" so you go when maybe you wouldn't have gone, before, and in addition to the cookie, you buy another "coffee drink" because, hey, the points, right?

There is a third aspect, for the consumer, and that is status.  We are all status beasts, and what these "frequent flyers" at Starbucks really love is having that coveted gold card which means you are in their exclusive (not exclusive) club and you and look down your nose at those "amateurs" who don't know to ask for half-caf, half-decaf latte with a half 2% half skim foam.  People really think this way, but of course, none of us will every admit it out loud!  We all want to think we are better than everyone else, it is human nature.

Rewards points are what I call the secondary deal and in marketing, secondary deals abound.  Back in the day, if you opened a new checking account at the bank, they would give you a free toaster.   Why banks are selling toasters (and they are selling them, even if the price appears to be "free") is a good question.  But it became a "thing" in the 1960's and 1970's.   Grocery stores and gas stations gave away plates with each bag of groceries or each fill-up of the tank.  Over time, you could accumulate a whole set of dishes!  Everyone's Mom did, back then - or got S&H Greenstamps, which you could save up to get small appliances.

Secondary deals are distractors.  They distract you from the primary transaction and get you thinking about the "free bargain" instead.  And while your head is turned, they raise prices a penny or two and you don't notice it, because you are fixated on the free toasters.   Magicians know this trick all too well - it is called sleight of hand.  They distract you with the right hand, so you don't see the left hand up to no good.

Secondary deals get you to thinking you are making out like a bandit, when in fact you are falling into a carefully laid trap.  It doesn't matter if the trap is over-consumption, credit card debt, or what, the secondary deal is the "bait" to get you to fall into the trap.

Sadly, Mark still falls for these secondary deals even as I try to gently persuade him otherwise.   He finally figured out that frequent flyer miles are kind of pointless, particularly if you don't fly a lot (flying is no longer viewed as some special treat, except by the very poor.  For the rest of us, it is something we endure for business or to cross an ocean).  But he still loves his Hilton Honors points, which can provide an upgrade or even a free room once in a while.   But a better deal, I think, is to find the best hotel room price, whether that means using an online price shopping site or staying in some Mom & Pop hotel or bed and breakfast.   $250 a night for a hotel room is no "bargain" even if they give you a "free" breakfast.

I am presently experimenting with a "rewards" credit card.   One reader has exhorted me to "steal the cheese" with these kinds of cards, and I will write a review of it in a month or two.   So far, the cash "rewards" are less than $100 a month on average (even with my platinum bonus!  Take that, gold card Starbucks members, I got platinum, bitch! - you see how status works).   The problem is, if I ever carry a balance, even for a month or so, it will wipe out most of those rewards points in short order.  If I carried a balance for several months, well, an entire year's worth of rewards points could be more than wiped out by interest payments.   It is like carrying around a loaded handgun pointed at your head.   They throw pennies at us, hoping we spend dollars.

The Starbucks customers who are "furious" over the changes to the rewards program may be furious, but I suspect less than 1/10th of 1% will stop going to Starbucks as a result of these changes.   And I oftentimes see this in online discussions.  People are furious that a bank, a car company, an airline, a ticket agency, a cable company, a cell phone company, or a coffee company has treated them poorly, overcharged, or changed their terms of service.  What they want is justice and they want it now!

But what they don't realize is that the only way things will change is if people stop patronizing the business in question and as a result, lose customers.   If you keep patronizing a business and expect it to sua sponte change its business terms in your favor, you are kind of living in a dream world.  The one choice you always have is to not consume or to not consume their product.  Usually the former is the better option.

You really don't need Starbucks to live.  You could always just not go or bring a teabag to work with you and bank that Starbucks money (which could add up to over $100,000 by retirement, easily).   You could try a different coffee shop maybe with different coffee (yea, I know that is scary!!).   But that is the beauty of Starbucks - they aren't selling coffee at all, just the idea of it.  "Going to Starbucks" is more of an experience than mere drinking of coffee.  It is all wound up in status, from the moment you step in.  From the first time they humiliate you for calling a "tall" a "regular" to the snide comments the "barista" makes while taking a half-hour to make a Latte, to the little leaf in the foam - it is all about status and posturing and less about coffee.   It is Portlandia in a cup.

But Starbucks people are Starbucks people, and that is to say, sheep.  The idea of not going will never occur to them unless for some reason it became unfashionable to be seen in such a place.  And that isn't going to happen anytime soon.  I am not sure even a Chipolte-like disease outbreak could shut them down for long.

And so on down the line.  The guy who "has to have" the "full ticket" sports package on cable or satellite isn't going to stop watching television.  He is just going to burn off steam about the latest rate increase or the latest incident of shitty customer service.   He isn't going to stop consuming and indeed, doesn't even see this as an option.   The concert-goer will bitch and whine about Ticketmaster, but doesn't think for a moment that not going to see the heavy metal band is even a viable option.   What would his fellow head-bangers think if he didn't covet the tickets as they did?

So the airlines, the banks, the restaurant chain, the hotel chain, the credit card company and now Starbucks can change the terms of their secondary deals and people will bitch and moan and complain and then go about their business and latch onto the new deal.

Of course, there is yet one more way to manipulate the customers in this kind of situation, and I give it a 50/50 chance this will occur here.   What you do is say you are changing your deal and make the terms far more onerous than you really wanted.   People are "outraged" (if they are not, your shills in marketing generate some outrage via Twitter or Facebook) and a week or two later, you "cave in" by changing the deal yet again to make it what you wanted in the first place.   Your customers are satisfied that "their voices were heard" and you get free publicity, increased consumption, and the deal you wanted in the first place.

Hey, it worked with the New Coke, right?   Or don't you remember that whole scam?