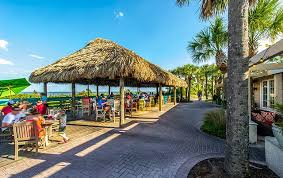 When did lunch get so expensive?  Like everything else, the costs creep up on you.


I do get queries from some readers (who apparently don't actually read my blog) about how to make a lot of money in a small amount of time.  I am guessing they watch television, and on television, the way to wealth is to "make it big" and become a billionaire - or be homeless.   There is no in-between.

But as I have noted time and time again in this blog, over your lifetime, if you make even the median income in the United States (about $50,000 a year) you will make well over a million dollars - perhaps two million or more.   The secret is to hang on to some of it.

Again, spending money is not wealth, but the appearance of wealth only.   Accumulating real cash is what constitutes real wealth.  And few people are actually wealthy in this country, although a lot of people appear to be wealthy - but actually are broke.

The "secret" to wealth for the middle class is no secret at all, but merely spending a penny less than you make.   If you do this, you accumulate wealth over time, which in turn earns money for you and like a snowball accumulates into real wealth, not fake wealth.

What got me thinking about this again, besides a plea from a "reader" as to a short-cut to the big-time, was a lunch we had the other day that cost an astounding amount of money, at least to me.   To celebrate upgrading our $299 "buggy" with a new windshield and lift kit (more on that in a future posting) we decided to drive it over to a local restaurant for lunch, where they had live music.

Now, this restaurant has had a tortured history (open under three names) and the problem has been the service.   If you get brain-dead-Becky as your server, she will ignore you and let your food sit under the heat lamp for a half-hour while you sit and fume over an empty beer glass.  She won't bus the tables, either, so the seagulls will fly in and shit all over the place.   She just doesn't understand how the tipping system works and will complain to everyone that she 'isn't making any money" as a server.   But recently, it seems, they are getting their shit together (for the most part, anyway) and the service has improved. 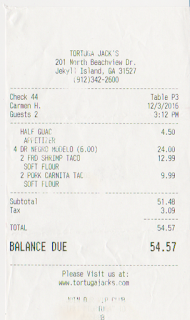 Part of the problem was the four beers at $6 apiece.  Nevertheless, eating out can be very pricey - about 5 to 10 times as much as making a similar meal at home!

We had a good time.  Not an orgasmic time, mind you.  And the service was OK, although I had to bludgeon the bartender with a stick to get his attention to serve a second beer.   He seemed more concerned with chatting that working.

So yea, going out to lunch or dinner nearly every day can cost you a million bucks.  Easily.  Yet a lot of people do this, at all levels of income.   When we travel, we try to avoid buying gasoline around noon, as most local 7-11 types stores are crowded with laborers who are spending $5 to $10 on really, really bad food for their "lunch" (you know, those hot-dogs that have been rotating for years, plus an "energy drink" and a bag of chips).   The "lunch pail" of yore has given way to the convenience store, and people sit wide-eyed wondering where their money all went.   Most of these laborers are spending an hour's pay or more just on lunch!

There are, of course, cheaper restaurants to eat at . Our favorite Mexican restaurant is run by actual Mexicans, and it is a hole-in-the-wall strip-mall that caters to Latin American Ex-Pats.   The tacos carne asada are a couple bucks apiece and during "happy hour" from four to seven, the draft Dos Equis Amber are a buck apiece.   We've left there spending less money that I did on the tip at Tortuga's.

But like I said, it was a once-in-a-while thing, and at those prices, it will remain so for a long time to come.  Paying $6 for a beer you can buy for $1 at the store makes little or no sense, financially.    Doing this on a regular basis can bankrupt you over time.   And you may not notice the financial stress right away.   You put the meal on a charge card, run up credit card debt, then pay it off through a home equity loan - financing tacos over 30 years - and then start the process all over again.   This is how most Americans do it, and why they claim to be in financial distress.

As I have written about before, at length, one reason Americans are so overweight and broke is that they are using restaurants as kitchens, and eating out not as a special "treat" but several nights a week and almost every day for lunch.   One nice thing about traveling by RV is that you have your kitchen (and bathroom) with you all the time.   You merely pull over to the side of the road (hopefully at some nice public park) and for a dollar or two, you have lunch.

We were staying in a nice RV park in Florida recently, and a fellow pulled in next to us in a brand-new Pleasureway Class-B diesel-powered motorhome - the kind on a Mercedes or Sprinter van chassis.   (We're talking a brand-new RV that cost over $100,000). He didn't stay long, though, leaving in the evening, at noon, and in the early morning.   We were chatting and I asked him where he was going.  He replied he was going out to eat - three times a day while "camping".   I mentioned to him he had a kitchen onboard and he replied, "Oh, I never use that stuff. I don't want to get it dirty or break it!"

And you see this a lot in the RVing business.   People buy campers and then never use the amenities.  They might as well buy a used van and throw a mattress in the back, if they are going to eschew the toilet, shower, stove, refrigerator, et al.    Yet many confess that they are "afraid" of breaking something and want to "keep it like-new" so they can get their money out of it when they sell.   I have bad news for them.  The unit will depreciate 50% every five years (if not faster) regardless of whether they use it or not.   Moreover, a lot of RV stuff goes bad from not using it enough, so the idea of not using your fridge to "save it for the next owner" isn't always a good one.

Not that I want to discourage such nonsense.  We've done all right by purchasing such rigs from clueless first owners.   Our first trailer never had a single appliance used on it.  The owner put a Coleman cooler on the floor with blocks of ice because the refrigerator was "too confusing".   Our second trailer still had the plastic shipping cover over the carpeting because the original owners were afraid to get it dirty.   We purchased both for less than 50% of the as-new price.   Thanks for "saving" us the good part, guys!

The point is, this fellow was probably spending from $50 to $100 per day for meals while traveling, whereas we were spending less than half that much, perhaps 1/4.   Not only that, add in the inconvenience and time-bandit nature of restaurant dining, plus the excess calories in most restaurant foods, and you've got a perfect storm of unhappiness brewing.

There are, of course, some ways around this, to attenuate the damage somewhat.   And of course, first of all, it goes without saying that eating at a restaurant should be a special treat, not a mere opportunity to refuel your gut by smashing down plates of fried mayonnaise balls into your pie hole - as so many folks do.  If eating at a restaurant isn't special, then why bother going?   And no, "too tired to cook" is not an acceptable answer.

The second thing is, to explore options.   We were at Doc Ford's on Ft. Meyer's Beach, Florida, to try the Yucatan Shrimp that was written about in the New York Times.  We thought about getting two entrees and whatnot (the usual three-course appetizer-entree-dessert scheme the restaurant pushes) but opted instead to have just the shrimp and some cold beers.   The shrimp came with Cuban bread to soak up the sauce and it worked out just fine and for dinner, was actually fairly reasonable - less than the cost of a two-entree lunch at Tortuga's.

Splitting an entree is one way to attenuate the damage to your pocketbook.  Ordering an appetizer as an entree is another.   Exploring specials, including so-called "early bird" specials can be another. Low-cost draft beer is certainly cheaper than name-brand bottled type.  But of course, it is fun to try a craft beer now and then, right?  But for the most part, the easiest way to avoid the restaurant trap is to simply make your own food at home or take it with you on a picnic.

Which is exactly what we did, the second time we took the "buggy" out for a spin.
UPDATE 2021:  Tortuga Jack's now offers "Taco Tuesdays" where beers are $2 apiece and tacos are $2 apiece (beef or cheese only, please).  So for $12, two people can have a late lunch or an early dinner, from 3-6PM.    Yes, I am getting old - doing "early bird specials!"
Newer Post Older Post Home
View mobile version