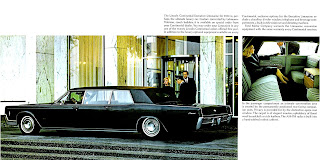 Why do some groups of people appear to vote against their own self-interests?


For many people, the stereotype of the typical voter is this:  Poor people vote for Democrats, because they want more welfare, food stamps, and government giveaways;  Rich people vote Republican to have their taxes cut and have fewer government regulations.

But it isn't as simple as that.  Many rich folks vote Democratic - some call them "Limousine Liberals."   Many poor people vote Republican, and I call them "Trailer-Park Conservatives."   Both groups are voting against their own self-interest on the basis of so-called "social issues", most of which are just window dressing that candidates use to get elected.

And this has been going on for ages.  At the turn of the century (the 20th, not the 21st), two of the pressing social issues were women's suffrage and temperance.  The former was more of a human rights issue, the latter clearly social and also religious-based.   But people from both parties had differing views on the topic, and many politicians walked a fine line in order to get elected.

Obviously, giving women the vote was the right thing to do.   Why, one asks, did it take until the 20th century to accomplish?  Well, like any good social issue, you don't want to actually solve the problem one way or another, as festering social issues end up getting out the vote.  And if the electorate is made up of mostly misogynist male voters, there is little to be gained by coming out for woman's suffrage, and a lot to be gained by mocking these suffragettes and their bloomers.

On the flip side, one wonders how prohibition ever came into being.   After all, a majority of Americans drank - and a clear majority of politicians did as well.   Yet everyone paid lip service to the religious right and the temperance movement.   In some districts, you could not get elected if you didn't cow-tow to the temperance forces.

Today the hot buttons are still things like prayer in school (which many thought was put to bed ages ago), abortion (ditto), and new issues like gay marriage and "religious freedom".   These divisive issues do not divide us by wealth or class, but based on religious or social values.

Thus, you can get someone in a trailer park to vote Republican, even though they are more than likely to be collecting some sort of government assistance and are not likely to worry about the inheritance tax.   They will vote on social issues, because they go to church and their pastor told them that if gay marriage is legalized, their wives would be forced to bake gay cupcakes for gay weddings.   Worse yet, their children would get gay-married, and their daughters, of course, have abortions.

So the poor person in the trailer park, flying the rebel flag and proud of his "rebel heritage" votes for a candidate who cuts the taxes of people making $350,000 a year or more.  The same candidate cuts the food stamps for the people in the trailer park.   But the denizens of such places don't make the connection, of course.  Much of what happens to them in life appears to be random and without cause - which leads to learned helplessness.

So maybe the folks in the trailer park aren't very bright.  But people making $350,000 a year or more, who went to college and got a Masters degree - certainly they are smart enough to realize that the candidate who promises to raise taxes on them is not a wise choice.  Or is it?  This is where it gets weird.

One could make the excuse that poor people are not very bright, so it is easier to "trick" them into voting against their own self-interest.   But are they?   Deep down, I think many working-class people understand that regulations are a fine thing and that government assistance is sometimes needed - and that unions can prevent workers from being exploited.  But they also see, firsthand, that the factory will be closed down if it is cheaper to move business overseas, where there are fewer regulations, fewer taxes (because no welfare state) and lower wages.   The working-class may be smarter than we think.

But what about the "Limousine Liberals"?   If someone inherits millions of dollars or makes millions a year, wouldn't they want lower taxes and the inheritance tax abolished?   Wouldn't they be in favor of fewer regulations on businesses that they might own or operate?  Why would they vote for more government handouts which would raise their taxes and act as a disincentive to work?  Why would they vote for candidates who promise to help the unions which are on strike at the factory they own?

Well, in part, it could be they are as dumb as the trailer-park poor.   Or, like the poor in the trailer-park, it is fashionable to have certain political views.   The "rebel" in the trailer flies his confederate flag as he gets positive feedback from his peers.   The limousine liberal espouses liberal platitudes at a cocktail party - for the same reason?

Perhaps.   But perhaps also they see that issues that might seem to cut against their own interests might actually align with them.   Government regulations might be good for society as a whole, and thus help preserve the status quo.   When the poor lose access to safe drinking water and choke on the air they breathe, they will storm the high-rise condo towers in Manhattan demanding action.  Allowing society to deteriorate too far is unsafe - for the upper classes.

And of course, regulations can be used as a barrier to entry in any business.  The cost of compliance of many regulations is so high as to exclude small players from the marketplace.   I can tell you that Mr. Elio is never going to make or sell his three-wheeled car simply because he won't be able to afford to certify it with the EPA or crash test it or any of the other lengthy and expensive testing procedures that are required by the DOT, NHTSA, and the EPA.

Regulations can keep new competitors out, and they also can keep existing competitors at bay.  The telcos and cable companies are constantly fighting battles  - not for market share, but for new regulations designed to encumber their competition.   Few regulations are value-neutral, and many are slanted to favor one competitor or industry - by design.

The tax thing, on the other hand, does seem to be puzzling - at first.   After all, if you make tons of money, you don't want to give half of it (or more) to the government, right?   So why would wealthy liberals vote for Democratic candidates who promise to spend more money and raise taxes?

The simple reason here is that the very wealthy don't pay marginal rates, as we have witnessed in the past.   Donald Trump and Mitt Romney have one thing in common - they pay themselves at dividend or "carried interest" rates of 15% while their salary employees pay 35% or more in "ordinary income" taxes plus an 8-9% Social Security and Medicare tax.

When you reach a certain level of wealth, you can avoid taxes like mad.  And of course, even for the middle-class schmucks, there are "loopholes" that can help you avoid paying marginal rates.   You take that tasty home-mortgage deduction and then deduct your IRA dollars and also avoid taxes on contributions to your 401(k).   If you are clever, you might buy an investment property and depreciate it over a number of years and deduct that from your income.   Yes, these are "loopholes" in the sense than any legal tax deduction or tax credit is a "loophole".   Lay people call them loopholes, tax professionals call it the law.

So the threat of higher taxes is often illusory for the very rich.  And keeping the serfs happy in their serfdom by throwing them a food stamp or an Obamaphone certainly keeps their whining about the "evil 1%'ers" down, doesn't it?

Maybe Limousine Liberals are smarter than we think!

Or maybe, both groups of people are indeed voting in their own best interests, as they see it.