The Genius of Donald Trump 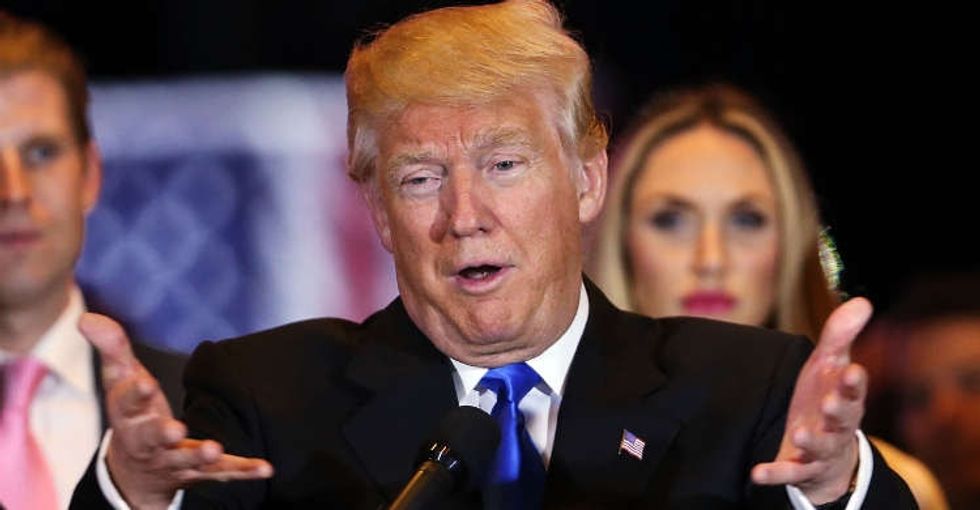 The genius of Donald Trump is that he talks a lot but does little.

It is becoming increasingly clear that while Donald Trump claims to be a populist and claims to be for the working man and taxpayer, his appointees indicate he will be a fairly conventional Republican president.  Republican Presidents, by and large, do not endear themselves to the working man or the little guy or the taxpayer, as their platform of tax cuts for the very wealthy and business deals for their wealthy friends just do not payout in terms of trickle down economics.

The genius of Donald Trump is that he pays lip service to populist causes while not actually not doing anything about them. His recent visit to the Carrier plant in Indiana is a case in point. Much noise was made about Donald Trump "saving" jobs at that plant, while it appears that few jobs, if any will actually be saved.

Similarly, his threats against Ford appeared to be little more than bluster have accomplished nothing. Ford still intends to move small car production to Mexico as it must do in order to meet CAFE requirements. However the average working person believes that Donald Trump actually accomplished something - and that is the point.

Tweets about overpriced presidential airplanes and overpriced fighter jets send the message that Donald Trump cares about taxpayers and wants to cut government waste. However it is doubtful that either of these programs will be cut at this point as they are so far along in the development stage that cancelling the programs would be an even greater waste of money.  (Not to mention that Congressmen are not going to cut a defense program being built at least in part in their district - and the defense contractors spread out projects so that they cover nearly every district in the country).

That's not the point. The point is to make it appear as though he is doing something without actually doing something. This is pure genius. As a reality television star he knows that the appearance of motion and action is more important than actual accomplishments.

Traditional politicians use the metric of accomplishments in office, in terms of laws enacted or rules changed to measure their relative success. They  also look to the economic indicators such as unemployment, inflation, interest rates, GDP and the like to show they have been effective administrators.

Trump needn't worry himself about these things, is he uses made-up numbers to make his political points. Even though unemployment is running at 4.6%, Trump claims it is running at nearly 10 times that rate. Why bother trying to actually accomplish anything when you can just say you did and people will believe it?

This will work very well in the short-term, however long term people will start to figure out that what is being said in various tweets isn't aligned with reality. It may take a year, it may take a decade, it may take longer, but eventually people figure out they've been snookered.

But by that time Donald Trump will be retired as President of the United States, no doubt taking credit for things he didn't do.
Newer Post Older Post Home
View mobile version