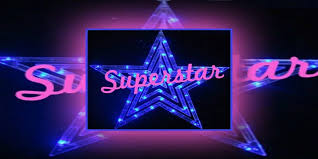 Not all of us can be superstars.   Can we still find happiness?


In a series of recent postings, I was musing as to why some of us end up superstars and others of us, plebes.   In 1978, I went to work for General Motors at their school, General Motors Institute.   Not a bad gig - getting paid to go to college.  Beats that stupid borrowing money with student loans model.

Anyway, I went to the fraternity parties, drank a lot of beer, smoked a lot of pot, and three years into a five-and-half year program, I dropped out.  One of my classmates (who I presumed drank a lot less beer and probably didn't smoke pot) is now CEO of General Motors.   Why the disparate outcomes?

(By the way, dropping out of college is quite common, and in many schools, such as GMI, as many as 1/3 of students end up dropping out.  So don't sweat it if you drop out of college - success is still possible - indeed many successful people such as Bill Gates, were college dropouts).

Seems like a stupid question, given that I already telegraphed the answer.  But you'd be surprised how many people don't get it - and think that it was random chance or just "getting lucky" and blowing all that weed and quaffing all that beer had nothing to do with it.

The vast majority of us are cut out to be plebes, and often there is little we can do to change this - but we can make the best of the situation we are in, of course.   When I left GM, I went to work for UTC and had a small apartment, a Chevy Van (oh, the 1970's!), and a cat.   I could have done pretty well, if I put my mind to saving money, avoiding debt, and investing for the future.  Instead, I decided I needed to drink yet more beer and smoke yet more pot and go into debt for a brand-new car.

Why are others so fortunate and others so unlucky?   It has to be random chance - like the rain falling out of the sky.   After all, I saw other people driving fancy cars and wearing nice clothes and having high-paying jobs.   Why them and not me?

Of course, one aspect of this is that when you want more in life, you may seek it out.  And maybe one reason I went back to school and moved up, career-wise, is that I was tired of wanting and not having and always being one paycheck away from oblivion.

But the real honest truth is, I could have done much better and been content, even if I didn't move up in my career.  I had a modest house with a modest mortgage.   I could have paid off that mortgage in a few short years, particularly if I was willing to put up with a roommate - and spent less money on beer and drugs and cars and cable television.   Like most young people, I wanted "stuff" and not financial security.   If someone dangled out a desirable "thing" to me and told me I could have-it-all-now and pay later, well, that's what I did.

I wanted a waterbed, a stereo, a new television, cable TV, a motorcycle, and of course endless nights out with my pals, spending money at bars.  The only reason I didn't have more "stuff" was I ran out of money to buy it with - and money to borrow.   In other words, I was like every other average American, leveraging my life to the hilt to have-it-all-now.

I finally paid off that car loan, and for a brief period of time, I was debt-free.  I was going to school full-time, riding my bicycle back and forth.  I was working part-time jobs, which put food on the table, and I was content, oddly enough, moreso than I was working full-time and having and wanting "stuff".

But maybe it is something in our human nature.  Once I got a "good paying job" I got right back on the "stuff" bandwagon, signing up for more debt for cars, home improvements, a swimming pool and, yes, endless nights out with my pals.

This is not to say one has to live like a monk to succeed, only that the secret to success is to limit excess.   That, and to be content with what one has rather than wanting what one hasn't.

Sadly, this lesson isn't learned by most (including me) until later in life, when you reach a point where you realize what you have is all you're gonna have, as life winds down and your power to earn evaporates and you have to live off what you saved.   Suddenly, you have to be content with what is, not what could be.

There are others who think differently.   They see people who are successful and think that their success is unearned - and in some cases, this may be true.   They see their own life - wanting and not having - and think, "It would be more fair if we 'divided up the pie' more evenly and let everyone have the same size slice!"

What changed?  We grew up and saved a few dollars and paid off our debts.   And once that happened - and we bought into the "system" - the idea of rocking the boat seemed less and less appealing.  Taking away what little we had and giving it to someone else seemed less like a swell idea.  Taking our money to "forgive" someone else's debts seemed like a really bad idea.

Today in the paper is another alarmist article that the "Millennials" are "taking over" the Democratic party and will steer it to the hard Left in coming years.  In the short term, this may have an effect, but I think before they can wrench control of the party from the previous generation, they too will get older and more established and more invested in "the system".   Ms. AOC will decide that having a disposal isn't all that "Bougie" particularly now that she has one in her luxury apartment in DC.

That's the problem with "fighting the system" - the system can entice you all-too-easily.

But there will always be malcontents, at any age and any station in life.  In fact, if you think about it, people in the US who are "unhappy" with their economic situation, would be considered fabulously wealthy in most other parts of the world.   Our "problems" - paying off trivial amounts of student loans (and they are trivial amounts) - pale in comparison to the "problems" people in 3rd world countries are having (you have been paying attention to this migrant thing - they are all fleeing student loan lenders!).

Contentment comes from the realization that what you have is pretty OK, and not having what you want isn't the greatest injustice in the world.
Newer Post Older Post Home