What Happened to Google (Don't Be Evil)? 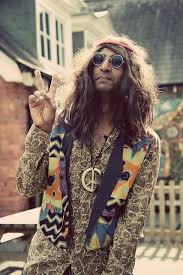 When Google was founded, their philosophy was "Don't be Evil, Man!"

Today, their philosophy is to be the very personification of evil.


Something happened to Google, and we all know it.  In fact, searching online for the images above, under "Hippie" and "Darth Vader" didn't direct me to sites discussing these topics, but instead to costume rental and sales shops selling hippie and Darth Vader costumes.   It's all about commerce, now - what can we sell you?  How can we get a "taste" of it?  How do we get inside your head?

No doubt, I will be inundated with adverts for costumes now - as the Google "AI" thinks that is all I am interested in.   As far as their "AI" is concerned, all I buy online are scooter parts and knitting supplies.  Yes, it has been years, but I am still getting hits on knitting.   I may end up taking it up - just giving in to the machine that is Google.  Mark has taken up needlepoint.   We no longer have free will.   All hail almighty Google!  But it illustrates why I don't think "AI" is going to take over the world - it isn't artificial and it isn't intelligence.  It is just a program that scrapes keywords - I wrote a Patent on it.

Google services are the worst now - slow loading and tracking your every move.  Gmail takes forever to load, and I notice the thermometer goes 95% of the way when loading and then grinds to a halt.   I can stream a video from Netflix or YouTube, but loading a simple e-mail program can take a minute or more.  I am in the habit of starting the computer, loading the programs and then going to make coffee now - by the time I get back, the system is "up".

The other day, I had the wifi hotspot off and loaded Chrome by accident.   Gmail comes up and the same thermometer goes 95% across before halting.   The thermometer is fake - designed to get you to think the program is loading when it hasn't even started.  Why does it take nearly a minute to load the rest of Gmail?   No doubt the tracking software they are using to read the content of your e-mails and figure out how to get into your head.

The changes have been subtle and abrupt.  It seems like in the last few months something radical changed - free services like Gmail and Calendar are now slow-loading (Calendar so slow to the point I gave up using it).   Blogger is still pretty quick, but for how long, anyone's guess.

What is going on?  Monetezation, plain and simple.,  Google has a monopoly on the search engine business, and they are milking it for all its worth.  Want to buy something on the Internet?   Likely you'll go through a Google search, and if you click on a link, Google might get a referral fee.  They are pushing advertisers further up the search results, and pushing certain advertisers above others.  There are still deals galore out there on the Internet, they are just harder to find on Google, until you get to page 10 of your search results.

Want to buy something?  Amazon pops right up, so does Walmart.  eBay, less so.   I guess eBay didn't pay as much to Google.   Hits from the companies that actually make the product you are interested in often don't appear at all.   And oftentimes, you can buy directly from the company website for less.

The other weird change to Google is that Google is the worst way to search other Google properties. If you search google for a video, it likely will not find the Youtube video you are looking for, but in fact, steer you off to some other video site.  The only way to properly search Youtube is from within Youtube itself.  Is there some sort of turf war going on within Google?

Youtube itself has changed dramatically - no longer a place for people to post home movies, it now has professional or semi-professional videos, as well as entire movies (with ads) and ads are being placed even in amateur videos and are getting longer and more frequent.  The glory days are gone.  Many people are using Youtube as a music player, and Youtube (the app) even offers this as a plug-in service (for more money).  Youtube the site is offering an ad-free experience for over $12 a month.   It's all about the Benjamins, baby!

Similarly, searching blogger - from Google or even within blogger - is harder and harder to do.  Within blogger now, it only goes back two years.  You have to do a "site" search in Google to find anything older than that, and sometimes that doesn't even work, if you don't have the exact phrase in quotes.

What is going on?  Something, for sure.   Since I no longer monetize my blog, Google is less interested in letting people find it or see it.   I am just guessing, but if I monetized the blog, it would move up in the search engine.   But I hesitate to do that - it was an interesting experiment, but generated only about $2000 a year in income - and spammed my blog with lots of distracting ads for crap - the very sort of crap I decry.

So, what's the next Google?   Is Google now "too big to fail" and so big that no one else can enter that "space"?  Or will some scrappy up-and-comer with a bankroll from some venture capitalists come up with a new "free" search engine that will take Google's place?   If you look at the history of the Internet, we do see that pattern, again and again - some company being "dominate" and then fading from view rather quickly.   Before Chrome, there was Firefox, Internet Explorer, and Netscape Navigator (remember that?).  Before Facebook, there was MySpace, Second Life, and AOL.   Each has their time in the sun, and then disappears - or a mere shell of what once was lingers on.

It is another example of threshold of pain theory, which I learned about in the cell phone business.  Simply stated, the cell phone industry will install only so many towers as are needed to satisfy customers up to their threshold of pain.   In the early days, people had low expectations for cell phones - the idea that they worked at all was amazing.  Dropped calls were the norm and accepted as part and parcel of mobile communications.   Why bother installing more cell towers when the customer's threshold of pain was already so high?

The same is true of Google - they can make the service more and more annoying, and so long as they stay below that magic limit, people will not migrate to another service.   And if other services are harder to find or difficult to use (i.e., have a higher threshold of pain than using Google) people will not migrate.   It is like Windows - a clunky and virus-prone operating system that is expensive and slow.   But what is your choice?  Spend thousands (instead of hundreds) of dollars on some Apple product?  Or figure out how to reconfigure your old computer to run Linux?  The threhshold of pain of both is far higher than the hassle of buying a $500 laptop running Windows 10 - hence why Windows has a dominate share of the marketplace - to date, anyway.

Google is turning up the heat on the pot of water.   We are the frog inside, who will not jump out, so long as the temperature rises slowly.   Pretty soon, we are boiled to death.   A nice old gentleman from Alabama told me that story, and some readers have taken me to task for it - claiming that actual tests show that a frog will pretty much jump out of a pot of water as soon as you put him in it (thankfully, a lobster won't).  It is an analogy, folks, not a literal story!

The problem for Google is that we are noticing the temperature go up, and this means that some folks might think about jumping - if they knew of some place to jump to.

In the meantime, Google will keep jiggering with the stove, keeping the water hot, but not so hot that most of us don't jump.   If they are good at it, they can cook us very, very slowly!

UPDATE:  Several readers have said "just reset your cookies!" and the tracking will go away. Nice try, but no.  I just installed new hard drives in both laptops (500 GB for $25 - oh brave new world!) and had to do a "clean" install of windows and re-install all my programs.   I downloaded chrome and had cleared out all my cookies and browser history multiple times checking off the box "for all time".

Problem is, since I use  multiple Google services - gmail, Youtube, Blogger, Calendar, etc., I have to have a Google ID to use them.   I may clear my browser of all cookies, but Google has in their records, everything I've ever searched for, watched, e-mailed, or whatever.

Yes, it is handy to some extent.  I make a reservation for a campground and they send me an e-mail confirming it.   Google "reads" the e-mail and adds the reservation to my calendar - kind of creepy, but handy. And it "syncs" all this data across multiple devices.  It shares photos between our phones. Handy, yes, but you pay a price for this, in terms of privacy.

So, even after a new HD and new install of Chrome and clearing cookies, I still get ads for knitting and ads for Honda carburetors (because I need to buy these on a weekly basis, I guess).

Clearing cookies helps preventing third parties from tracking you.   Google doesn't consider itself a third party, but part of the conversation.   Hello Google!  This is worker speaking.