When Did Politics Become So Profitable? 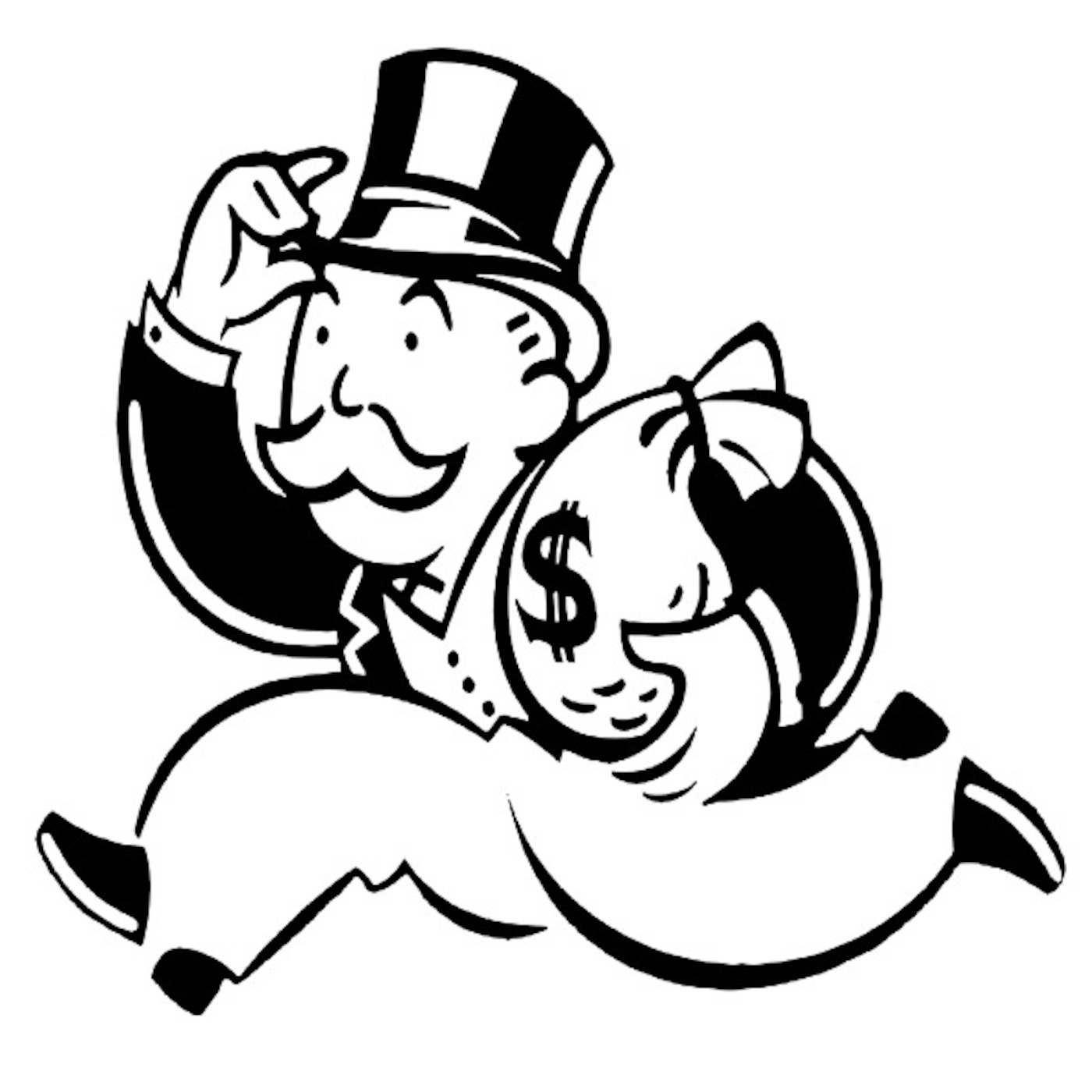 Working for the government was never a high-paying job, until lately.

One of the key issues that will be harped on in the 2020 campaign is Hunter Biden's work in the Ukraine.   Republican operatives are already haunting the campaign trail with signs saying "Where's Hunter?" or peppering Biden with questions about the Ukraine deal.   Biden had replied calmly in some instances, at other times calling out GOP plants for what they are - "liars".   In one instance, he made reference to "his one surviving son" which struck me as a little off-color - using the death of your child for political gain.

But the issue touches a  nerve, and oddly enough, Biden has gained less than other recent politicians for his time in office.   Others have raked in millions, literally.   Oddly enough also, whether or not Trump has gained from his time in office is debatable.  While the Trump Hotel in the former U.S. Post Office building is booking rooms from those seeking Presidential favor, other Trump properties are seeing declines in bookings or even the Trump name removed.   Trump is no "billionaire mogul" but a failed real estate investor who morphed into a reality-show brand.  At this point in his career, his major asset is (or was) his brand, which he licensed to clothing, accessories, hotels, and whatnot.  That brand has been tarnished by his Presidency.  So arguably, he may leave office with less money than when he started with.  But maybe the sale of MAGA hats will make up for that.

Others have prospered. The Obamas, as I noted before, just bought a $12M vacation home on Martha's Vinyard.   In an era where progressives are decrying fantastic wealth and incomes that exceed that of the "ordinary worker" by a factor of 20 or more, the Obamas seem to be strangely exempt from criticism.  How the heck did a kid from the streets of Chicago end up with $40 million?

Of course, his Vice-President did only a little worse, making a paltry $9M from speaking engagements and books.  Good ol' Middle-Class Joe!

It is part and parcel of the new politics.   You give a speech to a trade group, and they pay you $50,000 for an hour of your time.   Hillary and Bill famously did this, and also are now multi-millionaires.   Or, you write a book, which in some instances may be bought up in bulk by political action committees to hand out to people.   This vaults an even mediocre tome to the New York Times Bestseller list, which in turn generates more sales (since no one reads anymore, it doesn't take much to become a "bestseller").  The net result is money can be transferred legally and "above-board" to candidates, politicians, or former politicians.

There are, of course, other ways for people to legally transfer money to politicians.  You offer a job to a relative, such as Chelsea Clinton or Hunter Biden, for a fantastic salary that is far beyond their actual worth.   The understanding is, that if down the road you get into some difficulty, their parents will remember the favor you did them.    In other cases, such as with Hunter Biden, it could be that other investors in your company might be impressed with a famous "name" on your board of directors.

Act shocked - that's how the system works.  You become wealthy and famous, and you are asked to sit on the board of a company or a non-profit or a charity or whatnot.  You draw a nice salary and do little other than to rubber-stamp the CEO's recommendations.  And once you are on one Board, you are asked to be on others.   Being on the Board bolsters your credentials as well, opening up new opportunities for you.   It is a  pretty sick system, and not just limited to former politicians.

Should politics be so profitable?  Is there anything wrong with giving a speech for $50,000 if people are willing to offer it?   After all, other public figures are often paid very highly to give speeches at universities and forums - why not you?

And I guess Bernie Sanders said, "Why not me?" and went out and wrote (or had ghost-written) a mediocre tome that made him a million bucks.  He defended this by saying, "If you write a best-seller, you can make a million dollars, too!" which is apparently his proposal for fighting poverty and homelessness in America - under a Sanders Presidency, everyone will write a best-selling book.

But of course, not everyone can write a best-seller.  And books by politicians, even if they were good ones would only become best-sellers by dint of the author's name on the title page.   If you or I were to write the same book, it would generate nothing but rejection letters.   Book-writing and speech-giving are little more than trading on your fame and notoriety, which is why whenever someone does something that makes them famous - even for a minute - they write a book, sign a movie deal, or even record a record album.  Whether it is Homer cashing in on his perfect bowling game, or Leonard Nimoy doing a monotone record of contemporary hits, or a guy who lands a plane on the Hudson writing a book, everyone cashes in on their fame.

And I guess there is nothing wrong with that, but with politicians, their fame is something that we created, not them.  Moreover, their notoriety is supposed to serve the people who elected them, not merely line their own pockets with cash.  They should not be making money, running for President.

But of course, that's assuming that their best-sellers and speeches are truly being received by an audience who just wants to be entertained and informed, and expects nothing in return.   The problem with books-and-speeches, as I noted above, is that they can all-too-easily used as a means of channeling bribes to a politician, in a manner that is "above-board" and also taxable (so they don't end up like Al Capone).

Sadly, it seems no candidate is exempt from this largess.   Even Elizabeth Warren has a net worth of over $12M mostly from book royalties and whatnot.   She will help the "little guy" from being exploited by the banks, but lives in a $3M home.   No doubt, she can afford to pay off her payday loan or pay back her student loans.

Of course, the only exception to this rule appears to be Kamala Harris, who makes a shitload of money (combined with her Husband's attorney salary) but managed to somehow spend it all.  That's not how the game is played, Kamala!

Pete Buttigieg is even worse off, having a paltry net worth of $100,000 and not even a lot of income to show for.  But then again - millennials - probably is still paying off student loans and blowing his disposable income on avocado toast and looking fabulous.

So what is the point of all this?   I dunno.  I hear a lot in the press that Trump is "corrupt" and somehow making money from the Presidency by renting out hotel rooms.   He probably is doing this as writing a book with a Sharpie is kind of hard to do.  And I suspect that the audience for his unhinged speeches won't pay $50 grand to listen to him.  But even his opponents' data shows that while he funneled a lot of campaign money to his own properties (mostly by putting his campaign headquarters in his own building) since becoming President, his income has actually declined.  Maybe he has a secret slush-fund like Nixon had, that hasn't come to light - yet.

But throwing around terms like "corruption" while at the same time raking in millions of your own seems kind of duplicitous.  Making money from your time in public office, even while you are in office, or while you are campaigning for office, seems to be a new norm.   And whether it is a political PAC buying up your latest "best seller" in bulk, or some lobbying group spending the night at your hotel, it doesn't really change what is going on - money being transferred from point A to point B by people seeking political favor.

I guess I shouldn't be so naive.  Even Kennedy wrote a book - "Profiles in Courage" which some say was ghost-written.   Maybe Lincoln had some lucrative speaking gigs.  Hey, even Washington managed to make a buck or two out of the location of the Nation's Capital - named after him - to his back yard.  So I guess this is really nothing new, after all.

While Jimmy Carter might live in a $167,000 hovel (and Plains, Georgia is indeed a festering shithole, I've been there - dry county, no less!) he does has a net worth of $8M.   We miss you, Harry Truman!   I guess he was the last President who was content to just be middle-class.   What a shame he was also connected with the Kansas City political machine.  There really are no "clean" politicians, of either party.

But I think the Democrats throwing around the "C-word" - corruption - could backfire on them during the campaign.   While Trump may have benefited in some regards from bookings to his hotels and other properties, these bookings have declined in recent years, and his overall brand has arguably been tarnished by his Presidency.  Meanwhile, the pure-as-snow Democrats are raking in millions - literally - in enterprises with no risk or overhead - with books-and-speeches.    Enterprises which can more easily be used as means of legally bribing politicians as well, often in ways which are untraceable.   Who's to know if the Koch brothers bought 100,000 copies of your book and then burned them?    And let's not go into salaried jobs for family members - both the Clintons and Bidens have to answer for that.

But maybe that is the answer - instead of trying to look for the "perfect politician" that "money can't buy" or basing our judgments on "character" - we should be looking at actual policies that affect our lives.  Because in the long run, it doesn't matter if Trump is renting out hotel rooms in exchange for favors, or whether Hillary is giving a $50,000 speech to a petroleum think-tank, you have to ask yourself whether the policies these candidates espouse and enact, will benefit or harm you - and the country.

And that's difficult to determine, sometimes.   Myself, I tend to want to vote against the candidate who is promising to void my health insurance plan.   So that means "No" to Trump.

But hey, I did get another helpful phone call from a telemarketer, informing me that the "window" to enroll in Trumpcare is opening!  (It never closes, of course - fraud never does).  Gee, thanks!
Newer Post Older Post Home