Casual Racism on the Left 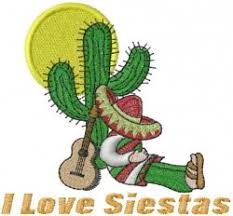 Racism knows no color or political boundaries
National Public Radio is a mixed bag.  Once in a while, they just report regular news, without some weird boops and beeps in the background.  Sometimes the reporter has a normal voice without a speech impediment.  Sometimes the women reporters don't have squeaky 7th-grade girl-voices that end every sentence with a question?  Sometimes they don't feel they need to resort to some guttural Spanish pronunciation of names like ¡Hugo Rafael Chávez!
Sometimes, but not often.
Funny, but sometimes, you can hear examples of both ends of the NPR spectrum, within minutes of one another.  For example, the other day, they had this fairly well-reasearched and prepared piece on the struggles to get Latino people (peoples?) vaccinated in poor neighborhoods around Los Angeles.   Of course, the real issue wasn't that the people were Latino but that they were poor.  The same story is told in the trailer parks of rural America, the black ghettos of the city, or anywhere else where medical services are less than optimal and education is lacking and superstition is popular (hence the poverty).
The only exception to this appears to be West Virginia, which for some reason is leading the nation in testing and inoculations.
But then NPR went off the leash with the next piece, by a "columnist" who used the example of his own Father to illustrate that Latinos are not like you and me and are caught up in an environment of machismo and this is preventing them from getting inoculated. And by-the-way, he takes a nasty swipe at white folks in the process:

MARTIN: So you finally get him out the door. Thank goodness - good job. The vaccination site you went to - it's in a majority-Latino city. Thankfully, you were able to get an appointment without too much difficulty. Your sister was able to set it up. It was staffed mostly by Latinos. But what did you see when you get there?
ARELLANO: Oh, it was super-white. We were in Santana, [sic - Santa Ana?] which is one of the most Latino big cities in the United States. We're talking about 80% Latino population - and, of course, everyone over 65, the people who were going to get the vaccine, but overwhelmingly white. There was one moment where I noticed everyone was wearing The North Face fleece jackets. You know, they're retirees, baby boomers. And my dad's in cowboy boots and a Pendleton jacket. I'm wearing Dickies shorts - you know, baggy Dickies shorts and Huaraches, all worn out.
It was the first time I had actually felt like a, quote-unquote, "Mexican" in a long time. I actually had to remember, when was the last time I felt so out of place as a Mexican? And sadly, it was at a vaccination station for COVID-19. Like, Mexicans should not be feeling out of place right now.

Huh?  Those awful white folks in their puffy coats! You know the type - beliving in "science" and "vaccines" because they paid attention in school.  Shame on them for not having to be "convinced" to get vaccinated by their eldest son - because you know, Latinos never listen to their daughters.   Yes, he went there as well - claiming that "in his culture" a man doesn't listen to the opinions of women.   So you get a little misogyny thrown in as well.
The problem with this sort of thinking is not that it is slamming white people - we can take it, being 70% of the population and owning everything.  No, the problem is that it reinforces negative stereotypes about Hispanics and Latinos - as some sort of uber-macho primitives who practice Santara and sacrifice chickens to ward off the Corona-Virus.
And pray tell, why would anyone be wearing a fleece jacket in Los Angeles, where the average temperature, year-round is a balmy 72?   I suspect we are being had here.
But what struck me was how casually racist NPR was here - running down Latinos as being superstitous primitives who didn't trust vaccines (and sort of defending those beliefs as "cultural values") and then tossing in a drive-by indictment of whites for showing up to get their vaccines and somehow intimidating the Latinos and making them feel "Mexican."
This isn't reporting, it is drivel.
Read the entire transcript - it is horrifying. It is one bad stereotype after another - "So I'm making my quesadilla. I'm, like, OK. OK. OK. I finally get it toasted perfectly. I start pouring on the Tapatio."  Really?  Did you wash that down with a cervesa, amigo?  The whole intereview reads like a some racist white person's stereotype about Hispanic people.  "You know, they love that hot sauce, they put it on everything - even their eggs, which they call huevos"
Aw, geez.  Please spare me.
Perhaps the only redeeming part of the "interview" (in which the interviewer is prompting the interviewee to perform like a trained bear) is this quote: "Well, we know that whether you're from a small village in Mexico or from Appalachia, when you're a rural folk, you really think that the world is to dominate, and you're the tough kind."  Yes, it is true, as I noted at the start of this piece, that ignorance and poverty (and sickness) go hand-in-hand.  Of course, this doesn't explain how West Virginia was able to inoculate so many so quickly.  Perhaps because of the opioid epidemic, folks there are more used to needles.
OK, I had to go there - a gratuitous West Virginia joke.  It's all relative, right?   But I'm not NPR, just some schmuck with a blog  You know, one of those white people with a fleece jacket, right?  Actually, no.  My wardrobe is closer to Mr. Arellano's Father's - you don't have to be a vaquero to wear a cowboy hat. And yes, Hispanic people can wear fleece jackets - although I would not recommend them in balmy LA.  You don't have to live up to a stereotype.
Unless, of course, you are practicing identity politics.  Then you want to push people down into their ethnic cubbyholes and slam the lid shut and nail it down.   We can't have people acting the way they want, can we?
The funny thing is, the interviewer and interviewee probably don't consider themselves racist - far from it.  They don't consider their perpetration of Latino stereotypes in the interview (starting off by greeting each other with ¡Hola!) as racist - nor their cheap shots about white people and their "North Face" jackets (what's next, L.L. Bean?  The horror!).   It isn't reporting, it isn't even an opinion piece.  It is just cheap gossip and race-baiting.
This, is why I despise NPR.  Well, that, and I never got my "Nina Totenbag" even though I pledged!
Newer Post Older Post Home