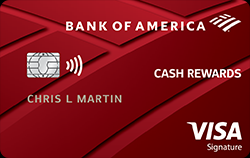 Once you get your financial house in order, you get better and better deals.

Early on in this blog, a reader advised me to "steal the cheese" by taking advantage of these cash-back offers and come-ons.   While they seem temping, they are a trap - a trap baited with tasty cheese.  If you stick your head in the trap, well, there is a chance it might spring and crush your skull.

Credit card offers are a classic case.  When I started this blog, I was not very good about balancing my monthly credit card statements.  Like most Americans, I glanced at the statement and then left it on my desk with the idea that eventually I would write a check and put it in the mail - for the minimum amount due or maybe a little more.  Idiotically, I carried a balance on my credit cards - and I had far too many of them.

It wasn't until I realized that you have to treat your personal life like a business, and log every expenditure and keep track of payments, that I started to get a handle on my debt situation.  It is embarrassing, but back then, I had no idea of the statement date, the payment due date, and the interest rate on any of my cards.

Well, since I began this blog, a lot has changed.  I paid off all my debts - even my mortgage - by downsizing my lifestyle.  In retrospect, it was something that had to be done, eventually, if I ever wanted to retire.  It was fun to have "things" but the stress of all that debt was literally killing me.  I had a lot of stress-related ailments, including gout attacks and diverticulitis.  I haven't had a gout problem since I paid off my mortgage and a diverticulitis problem in well over a year now.  50-something growing pains.

And as I noted before, once you get your financial house in order, good things snowball in your favor.  On the other hand, once you start to fall down the economic ladder, things snowball out of control.  The best offers are made to people who least need them - it is unfair but the way of the world.

The Internet has become the default mode of communication since I started this blog.  Cell phones - do they even call them "phones" anymore? - are no longer primarily for making phone calls.  In fact, it is a PITA to do so - you have to unlock your screen, open the phone app, select the dialing keypad, and then "dial" your number.  No one does it anymore, so it is not a very primary app.   But this change means you can also monitor your bank accounts on a daily basis and electronically pay your bills.  The checkbook rarely leaves the safe anymore.

So today, every morning, after breakfast, I log on and check all my accounts and pay off the balance on my credit card daily.   I don't have to worry about paying interest or late fees or "going over" my limit, as I never carry a balance.  And since I do this now, I can get those cash-back rewards, such as 3% back on purchases.  The danger of such deals is, of course, that they are attached to a 14% interest credit card (or more, depending on your credit score) and if you don't pay off the entire balance every month, well, the interest payments can wipe out a year's worth of "rewards" in short order.

Recently, Bank of America - the bank every one loves and hates, including me - offered a $200 bonus if you got a new rewards card and charged $1000 on it within 90 days.  Given that one trip to the grocery store costs over $100 these days, and filling up the tank on the pickup truck can cost $50 or more, it isn't hard to charge $1000 in three months.

Why do credit card companies offer these rewards?  It seems counter-intuitive. Giving away $200 for spending $1000 isn't a good way to make money.  Even assuming the bank makes 5% on each transaction, that comes to only $50 for $1000 in spending.  And up to 3% of that is paid back to the cardholder in "cash-back" rewards as it is.  How do they hope to make back their $200, much less make a profit on this?

Well, if you charge $10,000 on the card, which isn't hard to do, over time, particularly now that so many bills - indeed everything - is paid for by credit card these days, they do make $500 in transaction fees, and even assuming they pay back $300 of that in rewards, they will break-even.

So you see, that $200 bait is pretty tasty, but the worst case scenario for them is that they break even.  Best case scenario, they make back that $200 several times over - maybe ten times over - depending of course, on your own malfeasance.  If they are lucky - and you are stupid - you end up paying thousands of dollars in interest over a decade.  We've all done it, too - most Americans do, at one point in their life or another.  I did it.  Don't do it!  Dumbest thing I ever did - among a litany of dumb things, too!

Since most of our credit is - or was - in my name, I decided to bite on this deal in Mr. See's name.  Since I already have this card, the offer is not available to me, anyway.  Of course, with an 800+ credit score, it was approved right away - once I unlocked my credit file.  Since Mr. See is younger, he likely will outlive me, and one mistake many married couples make is taking our credit in only one spouse's name - usually the husband, traditionally.  When the husband dies, the wife is chagrined to find out all "her" credit cards are cancelled, and what's more, she has no credit history.

There is another reason I sought out this card.  I realized that we were both carrying the same credit card, which was taken out in my name with Mr. See as an authorized user.  Same card number, same expiration date, same CVV2 number.  I realized while shopping one day, that if the card was declined for any reason (e.g., the card number was compromised) that we would have no way of paying.   It made more sense for each of us to have a separate card with a separate account. If one card is lost or stolen or otherwise compromised, we have a backup option.

And yes, we still have our Capital One cards, as when traveling to Canada, Bank of America socks you with a 3% transaction fee for every purchase (while Capital One does not).  Maybe someday, when this pandemic is over, we will go there again.  Sigh.

But again, if your financial house is not in order - or in fact, is a train-wreck as mine was - then using a debit card or a low-interest credit card (7.5% or so - which I still have) is not a bad idea.  Rewards cards are the reward for getting your shit together, not a way of digging yourself out of a financial grave.  You can't "rewards" your way out of 14%-25% interest payments with a 3% cash-back.  Seems pretty intuitive, but you'd be surprised how many people miss this.

And in terms of "rewards" forget about "points" or "airline miles" (which are doubly worthless today).  Stick with dollars - we know that they are worth, and cannot be modified or cancelled out or expire like points or other schemes.

UPDATE:  Since I wrote this draft, we managed to charge $1000 on this card, making reservations for our summer vacation-from-vacation.  And sure enough, BoA gave us a $200 cash-back bonus, credited to our savings account.   Frankly, I was worried they would "forget" to do this and then say, "computer error! my bad!" after I spent two hours on the phone.  You know how that works, right?  But they didn't.

Now the trick is to make sure we pay off the balance daily and never, ever pay a penny in interest charges.  That is the trick.  It ain't easy to do, either!

Again, steal the cheese is a dangerous game to play.  The only time you should play it, is when you already have all the cheese in the world.  The starving mouse gets caught in the trap!

UPDATE:  A reader sends this link to various "steal the cheese" offers.  Be forewarned!  They can be a deadly financial trap!  I would avoid "points" or "miles" cards or anything with an annual fee.  Cash back with no fee is the best deal.  Keep it simple - and watch it like a hawk!   Also, note, the "Credit Doctor" is probably getting a kick-back if you sign-up using a link through his site.