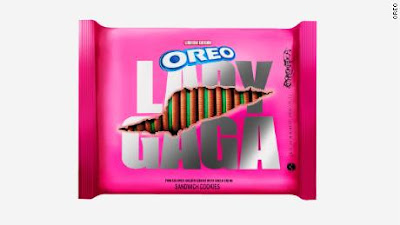 White trash buys designer pets - and cares more about them than people!

Just a quick note.  I wrote the other day about French Bulldogs and what a white-trash trend that was.  Today in the news, Lada Gag-Me's dog walker is shot in the heart and two of her French Bulldogs are stolen.

She offers a half-million dollar reward (more than most of us can hope to save up in a lifetime!) not for the arrest and conviction of the criminals who brazenly shot a young man for some stupid dogs.

The reward is for the return of the dogs, "no questions asked."

The guy who shot the dog-walker stands to gain a half-mil for his efforts.  Nice work if you can get it.

If I was a dog-walker in LA, I think I would find a new job.   Lady Gag-Me has basically weaponized dog kidnappings at the expense of human life.

Fuck her and her stupid Oreos.  What a fucking piece of human filth!

Not that I feel strongly about it, or anything....

There is something seriously wrong with a person who cares more about their designer dogs than the lives of human beings.

Quite frankly, I never understood the appeal of this woman, or why she has become some sort of gay icon.

Fuck her and her dogs.  Did I say that already?

UPDATE:  Someone "found" Lady Ga-ga's dogs and returned them.  I suspect that maybe someone else got paid a half-mil as a result.  I keep hoping that her half-million reward was part of a scheme she entered into with the LAPD in order to catch the shooters and she will be revealed as a hero in the end.  If so, my apologies will be in order.

However, I suspect that will not be the case.

UPDATE: The person who "found" the dogs appears to be related somehow to the people who stole the dogs.  That big reward flushed them out!  So maybe I am wrong about Lady Ga-Ga (other than about her music, appearance, weird clothes, and, everything else).  Maybe this was all plotted by her as part of an undercover sting operation.

On the other hand, shame on her for promoting designer dogs.  She is feeding this whole white-trash trend of expensive bulldogs - the tulips of our era!