More Than I Ever Expected 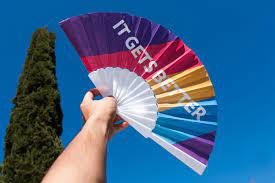 If your life doesn't seem to be going as planned, don't give up.

Looking back on 60 years of living can be terrifying, if you let it be.  As I noted before, most of us - those with a conscience, anyway - remember all the embarrassing or stupid things we did in life and forget about the wonderful things we had along the way.  We still regret something stupid we said in 3rd grade that might have hurt someone's feelings - although that person, no doubt, doesn't even remember it happening.

And when we are young - right out of college - it seems like we are wanting so much and having so little, and having such little prospects in life.   The dream job or career - it eludes us.  And the lifelong love - will we ever find our soulmate?

Of course, at that stage in life, wanting and not having, we fail to appreciate what we do have - health and youth and time.  Time - the greatest commodity and one in the shortest supply.  Something we don't realize until it is too late.

I was reading an online comic by a young woman, who lamented that when she was young, she had all these great ideas about what her life would be like.  The last frames of the comic show her in a fast-food worker uniform and living alone, crying with her inner child.  That made me sad - not because her life was tragic, but because she viewed it as such. Life hardly begins in the 20's and you can re-invent yourself in America - and in fact, most do.

At age 25, I was a stoner/slacker, working odd jobs to make car payments.  I was toying with a college degree, part time, for the better part of eight years, after flunking out of school.  And while I had a "good job" with Carrier, it was never going to make me more than lower-middle-class at best, particularly since I spent every paycheck and then borrowed a few dollars more.

A decade later, I was living in Alexandria, Virginia.  I owned my own home, owned a small office building for my law practice, and had met my soulmate - we've been together 34 years now.  Amazing how your life can change so dramatically, in a decade.   And quite frankly, what I have accomplished in life is far more than I ever expected.

I guess that is the difference between me and the cartoonist.  She had all these expectations of wild things she would do in life, whereas when I was a kid, the idea of being an adult scared the crap out of me.  Particularly since my Dad got fired on a regular basis, I was very concerned as to how I would ever even support myself.

Coming of age in the AIDS epidemic, I fully expected that life would be short and uncomfortable. Neither Mark or I thought we would live past 40 - that's the way things were going back then.  But somehow we dodged that bullet, and life just kept going on.  No worries, there will be another bullet down the road.  We all have one, with our names engraved upon them.  This is not morbid thinking, it is life itself.

And I guess that is how our lives changed.  I gave up the drugs and even drinking (for a while) and buckled down on my studies and tried to improve my lot in life.  Oddly enough, other people were helpful in this endeavor.  People actually want to see you succeed in life, believe it or not.   Only the most churlish of individuals would relish seeing failure in others.   And on the other hand, it is realism - when others fail, they are often a burden to the rest of us.  So encouraging someone to succeed is good for society and good for you, as the success of others means they pay into the system, and not become a drain on it.

So I tried doing more than feeling sorry for myself and drowning myself in pot and beer.  Funny thing - it wasn't that hard, it was actually kind of fun. I moved to Washington DC and slept in the floor, having nothing to my name but a few dollars and an old Chevette.  Over time, things got better - but it would not be the last time I slept on the floor.   Learning to do without made me appreciate doing with.

And that is where I am going with this.  Looking back over 60 years, I could make myself depressed by thinking about what I could have been. I could have been like my boss at the law firm, a multi-millionaire (instead of the plain old millionaire) and working on wife #3. His life, from the outside, looked enviable, but maybe there was another side to the story.

I am just amazed - and grateful - for what I have accomplished in life, which is far, far more than I ever expected.  But time does that - or can, if you allow it to.

You will go crazy comparing yourself to others - or to the wild expectations of your youth.  It is pretty premature to give up on life in your 20's just because your vague ideas as a child, of becoming a cowboy, didn't quite work out.

The funny thing is, when you look at the artist's profile, it would appear this young woman has a lot going for her in life - a fashion style sense, artistic ability, and good looks.  Just because you aren't successful right out of the box, doesn't mean you never will be.  In fact, I suspect within a decade, her life will be quite different than it is today.  And in 40 years, maybe she will look back at that comic and chuckle at its naivete.