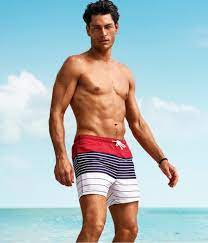 I have no mystical questions for God about the meaning of life or the nature of the universe.  But I do question some of his more prosaic decisions.

Dear God... why is it so hard to put on a wet swimsuit?  You put one foot in, and it gets stuck, and you push it through.  Then you try to put the second foot through, and it gets stuck and you start hopping on one leg, slowly falling over.  Hilarity ensues.  What was the point of that, God?  Why do bad things happen to good people?  I mean, you could construct the fabric of the universe such that feet slip right through swim trunks and underwear, and that toast always lands butter-side up. But I guess that is just your sick sense of humor. I suppose people in Heaven are all having a good laugh right about now, as I hit my head on the corner of a concrete bench and slowly bleed out....

Well, thankfully, that last part didn't happen.  And maybe my struggles with swim trunks stem from my large awkward feet.  But God makes odd choices in his design of the universe - and us.  The Pope is recovering from surgery because of a shitty (sorry!) design of the lower intestine - something I am all-too-familiar with.   The Pope no Poop.  So they operate to cut away a portion of his lower intestine - what they always called on M*A*S*H a "bowel resection" - and now the Pope is Poopy again.  Praise God - and the cushy medical plan the Pope has.

The rest of us?  They give us Metamucil and tell us to go home.  Praise the Lord!  And again, no pun intended, but this is serious shit.  If the Pope's bowel explodes (which can happen after a very bad infection) the body cavity may become infected (poop in your body - fun!) which is a condition known as Peritonitis and is the largest single cause of death in the world.  Painful and slow, too!  Fun stuff.  And if you take those powerful antibiotics to save your life, well, your muscles may detach.

Well, enough morbid stuff.  Today, I made coffee and Mark fried small pancakes on the tailgate of the pickup truck, along with some turkey sausage.   I know, health food.  But this was after yesterday's "punishment breakfast" (as I call it) of oatmeal and hot tea.  Probably better for you, except all those carbs.

Anyway, Mark is making these "silver dollar" sized pancakes, and when I go to get plates and utensils, he's eating them like they are cookies.   So as a joke, I say, "well, put a sausage patty between them and you've got one of those disgusting 'McGriddle' sandwiches they sell at McDonald's!"  Well, I've never had one of those, so I decided to try it. "You know," I said, "What this needs is hot sauce!" and Mark replied, "And maple syrup!"

So I got the hot sauce and the maple syrup and put a little of each on a corresponding pancake and put the sausage in-between and cut it in half (sandwiches always taste better cut in half, preferably on the diagonal, right?).   Well, spicy and sweet go together in a sublime way, such as in American Chinese food, or Pineapple Pizza - with jalapenos peppers on it.  Try it, you'd be surprised.

So, I chalk that one up to a merciful God.  Sometimes he does make the right choices.  Other times, well, I still don't understand the mystical greater purpose of mosquitoes, ticks, and no-see-ums, other than perhaps to prevent us humans from forgetting there are higher powers and to keep it real.

And as for wet swimsuits, well, maybe that is God's revenge for us eschewing Naturism.