Stealing From The Poor is Easy! 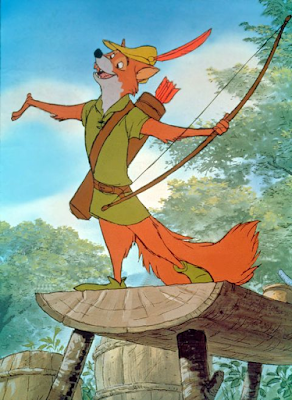 You don't have to steal from the poor, they willingly give you their money.

Much ado has been made over the Robinhood IPO. Like most modern IPOs, they sold a pittance of the stock for a huge amount of money to chump investors.  Unlike earlier IPOs, however, they allocated one third of the IPO stock to chumps. And while the stock premiered at $38 a share, quickly sank to about $33.

Some folks are claiming this is a way for the small investor to get in on the ground floor of an IPO.  I disagree.  Retail investors (chumps like you and me) are the ones who drive up a stock price far beyond its metrics. For example, Gamestop has no real plan to make billions overnight, and with a negative 77 P/E ratio, probably never will.  But retail investors don't look at metrics like that - profit and loss, business plans, dividend ratios.  Rather, they look at pricing trends and assume "some greater fool" will pay even more for an overpriced and overheated stock than they will.  And the financial press - and now the Internet - will work to hype up the price of loser stocks.

Or, if they do look at metrics, they look at specious metrics.  EBITDA sounds sexy and all important, until you realize it basically means, "what we would be earning, if we didn't have to pay back our debts and pay our taxes".  In other words, it is a fantasy number.   It is like how the financial press breathlessly reports "revenue" as if it were profits and not merely gross income.  And the financial press has been breathlessly reporting how Robinhood's "revenue" is skyrocketing, even as it continues to hemorrhage cash.  Somewhere along the way, you have to make a profit.

So it made sense for Robinhood to do this deal - selling IPO stocks to members.  First, they get lots of press for it, and second, it makes them sound like a "good guy" even after all those SEC investigations.   But most of all, it insures that someone will actually buy the stock and bid up the price.  Or that was the plan, anyway.

Small investors are convinced they can make huge amounts of money investing in stocks like this. But one has to ask about the fundamentals of the company. The earnings per share is blank, because the company is losing about $6 per share at the present time. With the share price of about 33 to $36 this means but negative 6 P/E ratio.  In other words, they are losing money, and you have to make money to stay in business.

To me, what is really scandalous is they sold off only a few hundred million dollars of stock to these suckers, while the vaunted market cap is now listed at 30 billion. This tells you that the vast majority of the company stock is held by insiders, and the poor chumps who bought this at $38 a share or whatever are buying a tiny slice of the company. Like most modern IPOs, the entire point is to create a market for the shares so the Insiders can cash out. They really aren't interested in "raising money" so much as in cashing out.

Of course, they have great plans to make money. By offering free trades they can create profits by... I'm not sure how.  In fact, when the stock didn't do so well out of the chute, they issued a new press release, with vague promises of "expanding" the business into other areas.  I am not sure where they could expand do - massage parlors and drug dealing?  What other financial services could they offer?

But like any obedient lapdog, the press dutifully barfed-up the Robinhood press release, after breathlessly reporting the IPO.  This is good meaty clickbait stuff here, folks!

What is interesting to me is how the media presents this.  One breathless article talks about how their "revenues" (gross receipts) have skyrocketed.  No word on net profits.  Yes, the company is losing money and has lost money.  How do they plan on making money?  That is the conundrum with "free trades" - because even if there are no trading fees they have to pay, if you are a stock market trader, you do have overhead - your license, your salary, your office expenses, your light bill.  So the question remains - how does a bank or firm stay in business offering "free trades" if they are making no money on these trades?

It is a question that troubles me not just because of Robinhood.  I have an account with Merrill Edge, which is part of Bank of America, and yes, they offer me "free trades" because I carry a balance of over $100,000 or so invested with them.  The question is, how are they making money on this?  Bear in mind that before this time, the "low cost" traders like E*Trade and Ameritrade (where I had accounts before) were charging $6.99 to $9.99 a trade and we thought that was a freaking deal.

When my grandfather died, he left each of us a small amount ($500) of Republic of Texas bank stock.  It was a solid "blue chip" stock back in the day, paying dividends and all.  I sold all of mine to pay tuition (and buy pot, no doubt) which turned out to be a smart move.  My late sister thought this would be the start of a stock portfolio, as pathetic as that sounds, but some operator took over the bank and ran it into the ground, to the point where the stock was worthless.  My poor sister - she also had a CD with a "savings and loan" run by some sketchy guy selling "junk bonds" and that dissolved into nothing as well - it was not FDIC insured.  She got the shit end of the stick in life - cancer to boot.

And you wonder why some folks think capitalism is a scam.

But when I sold that Republic of Texas bank stock, I think I paid the broker $30 or more in fees, handing him the actual share certificates, and him handing me a check.   Back then, buying and selling stock was a pain in the ass, which is why buying stock through shareholder services - with a $1 fee - seemed like a good deal - at the time.

But now.. free?  How do they make money at that?  The answer, I guess, is in part that they don't, or at least not in a way we can see.  I notice that in some funds I purchase through Merrill Edge, there are fees involved.  And who knows how much they get in kickbacks from the funds themselves, who charge a "management fee" (expense ratio) for running the fund.  No one works for free.

Hence the IPO.  Again, and I will say this until I beat it into your head, the purpose of the modern IPO is to allow insiders to cash out.  Unlike old-timey IPOs back in the day, where they sold off 90% of the company stock to raise capital to expand and improve, today's IPOs sell off 5% of the stock to suckers like you and me to create a market for the shares the insiders want to sell later on.  In fact, some IPO prospectuses are very up-front about this - saying baldly that the purpose of the IPO is to create a market for shares.  But no one reads the prospectus, do they?

If you did, you might find this tasty little tidbit:

Upon completion of this offering, all outstanding shares of our Class B common stock will be held by our founders, Baiju Bhatt and Vladimir Tenev, and their related entities

I had to scroll all the way through that document to page 1 to find that, too!  So the founders, in addition to having a whopping majority of the shares of the company, have ten times as many votes as you do for your pathetic Class-A shares.  And when they sell their shares (as they have done) they will no doubt "convert" their Class-B shares to Class-A before selling them to you, stripping you of nine votes.  So in terms of control of the company (the only real reason anyone would buy out your shares) it is a non-starter.  No one needs Class-A shares to take over the company.  They pay no dividends.  They earn no money.  In essence, they are worthless - a share certificate to the idea of Robinhood, nothing more.
Robinhood raised $2 Billion in its debut, but has a "Market Cap" of $30 billion.  Do the math on that - they sold off 6.6% of the company in the IPO.  The insiders kept the 93.3% of the rest.  Well, except the shares they sold off, that is:

The company sold 52.4 million shares, raising close to $2 billion. Co-founders Vlad Tenev and Baiju Bhatt each sold about $50 million worth of stock. The company was last valued in the private markets in September at $11.7 billion.

Fifty million - about fifty times what you can expect to save in your lifetime, if you have a good middle-class job.  And fifty million represents a drop in the bucket compared to the "billions" they still own in remaining Class-B shares.  In other words, Fifty mil was just a taste for them - enough to buy a mansion and a new Ferrari.

Note also how the "valuation" of the company last September was only 11 billion, but the "Market Cap" - thanks to the IPO is now $30 billion.  Nice way to triple your money, overnight, if your name is Bhatt or Tenev!  This illustrates why Market Cap means nothing, really, except to insiders.

It also explains why the share price languished.  Not only did they have to unload the IPO shares, but the founders were diluting the market by selling off $50 mil of their own stuff!

Robinhood doesn't steal from the rich and give to the poor, the poor give them money, willingly, and make the Robinhood insiders rich.

So why do people throw money at these things?  Why indeed, when in recent history - not even ten years ago - we realized what cons these things were.  Sure-fire investments that can't go wrong - right?  People out-bidding each other for the privilege of buying an overpriced house.  It all sounds so familiar, yet people fail to see the parallels.  It is 2007 all over again.

Bear in mind that the 20-somethings throwing money at these things were barely 10 years old when the market collapsed in 2008.  Maybe they saw their parents weep when their portfolio was cut in half, or they lost their house to foreclosure.  But they didn't learn a damn thing from it.  Far from it - they will invest in clever stocks and make a fortune!  Not end up broke like their elders!

Funny thing, I was shopping at Hanniford supermarket the other day, and like most places they had a big sign saying they were hiring.  The benefits were pretty amazing, including a Fidelity 401(k) with 5% matching feature.  And I am sure few employees took advantage of this guaranteed 100% immediate return-on-investment, either.  But I am sure more than a few threw a few bucks at Gamestop or Robinhood or Bitcoin or Gold or whatever - and are "hanging in there" because it is sure to come back.

Like I said, you don't have to steal from the poor, they will willingly hand you over their money.

It is sad to watch.  Maybe I am wrong about this - that Robinhood will figure out some way to make huge profits off of free trades and become a wildly profitable company and drive the share price up to $70.  Maybe, but I doubt it.  Like Gamestop and so much of the market today, it will go up in price, but not in value, driven by the law of supply and demand, not by underlying metrics.  Clueless masses buy and buy, based on these breathless stories in the financial press and anonymous postings on Reddit.

This will not end well!