A World Without Men? (Amen!) 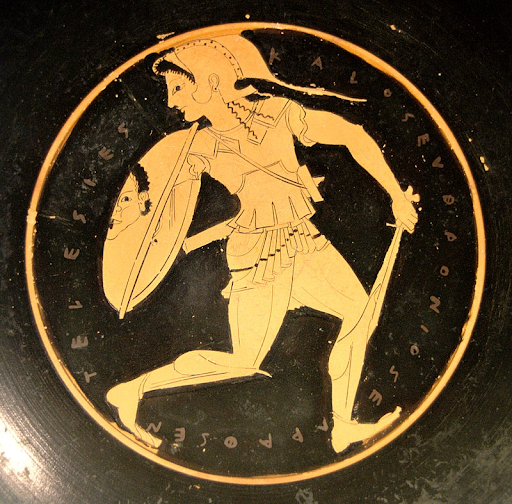 Are men the cause of all the trouble in the world - or do they just have more opportunity?

Men are always up to no good, make no mistake about that.  Due to our biological differences, men have always enjoyed a more dominate role in society throughout history, and even today, throughout the world and even in progressive Western countries, despite the strides women have made.

Men dominate industry, politics, government, academia, religion, the sciences, and just about everything else.  Women are catching up, at least in Western countries, but are still far behind in terms of participation and pay.  Why is this?

Well, part of it may be biological and historical.  Women were viewed as "the weaker sex" or "the fairer sex" as they were not as large and strong as men, at least in terms of upper-body strength.  They also got pregnant.   And pregnancy meant, historically, being incapacitated for a time, not only during the latter part of pregnancy, but during childbirth and the early child-rearing years.  Historically, women were charged with raising the young, and this carried over even into relatively modern times, where jobs like teaching or nursing, which required nurturing, were historically women's roles - and often the only roles they were allowed, outside of the home.

There may be other physical manifestations as well - the dominance of testosterone versus estrogen might explain not only physical differences but behavioral ones as well.

The problem is, not only do men dominate much of society, they also create more than their fair share of troubles.  Men make up over 90% of prison inmates and are responsible for more than 90% of the crime in the world.  And it is safe to say that men are behind most if not all the wars in the world, and the atrocities and horrors - although women have lent a helping hand there as well.   But overall, it seems men create much trouble for the rest of society.

Some women - particularly Lesbians - argue that men are unnecessary.  "You finish the candy bar, you throw away the wrapper" they argue.   Men's only real contribution to "mankind" is to provide seed to inseminate an egg - something that can be done from a test tube or even artificially.   It is an interesting thought - would a society that was all women be much different than the male dominated society we have today?

There was a mythical society of women, called Amazons - no relation to the river or the online shopping site.  But of course, this was a myth created by men, and in their limited imagination, the only thing they could come up with, is a race of women who behave like men - warriors and invaders.  So I doubt that would be a model for a women-dominated society.

I have heard from some feminists (and again, Lesbians) that they believe that women work differently than men.  Men want a hierarchy, with someone on top, and then layers of authority radiating downward to the bottom.  And indeed, corporations and the military are arranged this way.  You take orders from above, and give orders to those below - unless of course, like most people, you are on the bottom rung.

Men, they argue, compete and conflict with each other, to claw the way to the top of this pyramid.  And historically, some leaders - Presidents, even - have played off one subordinate against another, figuring that this competition leads to greater achievement. Others might argue it leads to wasteful infighting and disunity, when pulling together as a team might be more productive.

Women, they argue, work cooperatively, and in a woman-dominated society, people would work together, in concert, and use consensus, not strongman leadership, to determine what course of action to take.  Everyone would live together in peace and harmony!

Maybe.  Or they might show themselves to be assholes like men are.  It is hard to say, given that we haven't had a chance to experiment with society this way.

When I worked at Planned Parenthood as an intern, I was shocked that I was one of the few men working there.  The women explained to me that the janitor did the heavy lifting of boxes and changing lightbulbs, and the director oversaw the entire operation.  And then there was me.   I was flabberghasted that this women's health organization was headed by a man. "Oh, you have to have a man running things," one of the 'liberated' woman told me, "if we had a woman in charge, we'd spend all day tearing her down!"  The other women nodded in agreement.

As an aside, I should note that I learned a lot about men while at Planned Parenthood.   The boyfriends would \sit in their hopped-up cars listening to 80's rock in the parking lot, while their girlfriends were fitted for a IUD.  Nice.  But worse were horrific stories, such as one told to me by a woman from the Dominican Republic, who explained that her boyfriend would beat the crap out of her, every time she got pregnant (her fault, right?) and kick her down the stairs.  Men - what's not to like?

But getting back to topic, maybe back in 1985 women thought men needed to run things.  Maybe it isn't true today.  But then again, a friend of mine recently retired from a charity organization that was staffed entirely by women.  He was the director, and the women there said the same thing as the women at Planned Parenthood back in 1985 - that they would respect the authority of a man, but would tear down a fellow woman if she was put in charge.

Maybe this isn't true.  Or maybe this is the flaw in the "consensus" theory of management.  If you manage by consensus, it goes without saying you can't have someone "in charge" - elevating their opinion above the consensus of the group.

Of course, there is another possibility.  Women, given the chance, would turn out to be as evil and domineering as men can be - they just haven't had the chance to do so.   They would start holy wars and Jihads and invade countries and create strife and difficulties just like men do.   It is possible - that the only reason women aren't more represented in these statistics is that they have traditionally been in the background, supporting their men, but not risking their own situation in the process.  Every evil dictator in the world had a wife or girlfriend.   Men marching off to war are supported by their families back home.  You look at the Nazi parades of the 1930's and there were plenty of women giving the Hitler salute.

Maybe it is just that men, having more time on their hands, get into more trouble.   Some biologists claim that sleep in animals isn't just a chance to rest and recuperate from the day's labor, but a way of keeping animals inactive so they stay out of trouble and are not eaten by other animals.  Maybe men get into more trouble because they have more spare time on their hands.  Maybe if they spent more time at home, raising the kids, the world would be a better place.  Maybe.

On the other hand, women have proven themselves to be competent in almost - if not every - field of endeavor that men engage in.  In my lifetime, I've seen our society go from an era where a "woman doctor" or a "lady lawyer" was a novelty, to the point where they are starting to dominate these fields of endeavor, at least in terms of recent school graduates.  And women in the military went from being an auxiliary service to combat roles.  Maybe we don't have an army of Amazons - yet - but it is clear women can be warriors and killers, if they choose to be.

This makes me wonder - do we need to build more women's prisons?  Are crime rates starting to equalize as well?   Some statistics seem to indicate this is the case - the incidence of women in crime is on the rise.  If this is the case, perhaps men and women aren't so different after all - we are all humans, and whether or not we engage in certain behaviors depends more on opportunity than motive.

Perhaps.   I guess we'll never really know, at least in my lifetime.