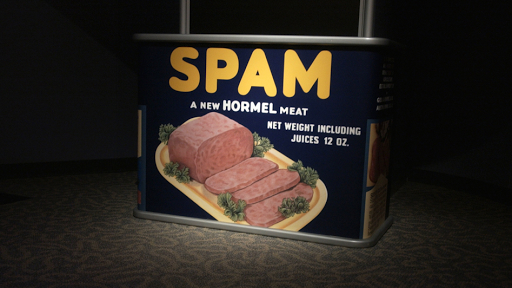 You can kind of figure out where spam is coming from based on the time it is posted.

Every weekday morning, I wake up get my coffee, and check my email. Usually the spam box is filled with 10 to 15 messages imploring me to extend my car's warranty, discover the secrets of African elongation, or check my account with an online casino.

These concerned spammers are very persistent, but apparently only work Monday through Friday. On the weekends, they seem to slack off a bit, particularly on Sunday, which tells me they come from a country that recognizes the concept of the weekend.  Not only that, it is probably a country that is predominately Christian.  Russia, perhaps.

Then there is the timing. I received one of those calls exhorting me to extend my car's warranty, and when I pressed 0, a nice Indian man came on the phone and said "Good evening!" when it as 9AM where I was.  I laughed and said, "You gave away the game, dude! I'm sure it's evening in India right now!"  He replied, "I fuck your mother!" which apparently is a great insult in India. I wasn't sure what to make of this, and I told him, "Well you must be to necrophilia, because she's dead!"  He said, "Fuck you!" and hung up. Nice folks those people in India.

It is hard work being a scam telemarketer. You have to get up at midnight basically to call people in America and try to get a credit card number out of them. As you might imagine, people use a lot of stay-awake medications including cheap forms of speed. And that's one reason they get very angry when you don't cooperate with them.  And even if they steal dollars from you, they only get pennies - the operators of these scams rake in all the hard cash.

The spam e-mails seem to come from a similar time zone, and I'm suspecting it might be somewhere in Russia. That would explain why they slack off on the weekends, and why the timing of their spam messages seem to correspond with the nine-to-five work day in Moscow.

Of course, you would think that they would be smart enough to send off their messages timed so they arrive during the day - it's not that hard to do. And perhaps they do this as well, which may explain why some messages arrive at all hours, even on the weekends.

But I just thought it was funny, but even spammers and scammers have to take a day off. And on a Saturday morning, it seems like we don't get as many scam phone calls or spam messages. And that alone tells us something about where they're coming from.