How Much Should You Tip? 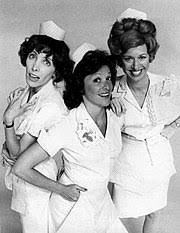 Tipping is, by and large, an American custom, and often flummoxes foreign visitors.  Economically, it makes little sense.

Back during the last real estate bubble (no, not this one) in 2007, some real estate agents were trying to make a grab for money by arguing that 7% commissions - or more - should be charged because "the price of everything is going up!"

They were counting on people not understanding basic math, and not realizing that when a house goes up in value by $100,000, the agent makes another $6,000 in commission, at 6%.   Percentages track prices - there is no need for a "raise" when prices go up.

But a lot of people went along with this.   You'd be surprised, too.  Educated people - advanced degrees, too.  But in the back seat of the Real Estate Agent's Mercedes, they felt like small children and went along with whatever was proposed.   People do the same thing in doctor's offices and dentist's offices - anyone in a white lab coat is a God - which is why this prop is used a lot on television ads.   It is not that these are outright frauds, but you have to use your own native skepticism sometimes and get a second opinion.   Sadly, people fail to do this in church as well - anyone in a clerical collar, well, by God, they're God!

But getting back to tipping, it is a weird custom.  Traditionally, it was designed to reward good service, but lately, it has come to be expected as a matter of course.  And it is grossly unfair to the servers and the customers and everyone except perhaps, the restaurant owners.

For example, consider your local diner.  You go there for cheap eats and the bill comes to $10 or so.  You leave a "15% tip" - which used to be considered the norm - and Shelia the waitress is just thrilled to receive $1.50 for her labors.

For lunch, you go to the fast-casual eatery and your server (Shelia's daughter) serves you a lunch with a beer that costs $20.  You leave a 15% tip and she nets $3 out of the deal - arguably for less labor than her Mom at the Diner next door.

For dinner, you go to the Chez Swankmore restaurant, with white tablecloths and Shelia's gay son waiting on you.  You have a glass of wine, an entree, and perhaps an appetizer or dessert and it comes to $40.  The son gets $6 in tip, if you leave 15%.   And the amount of labor involved is about the same, maybe even less, than his sister or Mom had to do to serve you.   It makes no freaking sense at all.

Why should the cost of labor be predicated on the price of the product?  And why do some restaurants (such as fast-food places) not expect (or even allow) tipping?

The weird thing is, this is all institutionalized and codified in our IRS code.   Tipped employees can be paid below minimum wage as they are expected to earn much of their income through tips.  If you don't tip a server, they may end up making only a few dollars an hour.  Weirder still, servers are expected to report their tips - on the honor system, with cash tips - and if they under-report, based on "typical" tipping rates for their line of work, they could be audited.

Let's face it - the whole system is a cobbled-together nightmare.

What's worse is that there is no real tracking between "service" and tip amount.  Some people argue that if you are eating at a place while travelling and never intend to return, you should not bother leaving a tip.  It is kind of a crass way of looking at it, but I am sure more than one person does this.  From a strictly logical point of view, it makes "sense" in terms of your economic outcome.  But then again, it is akin to doing the right thing when no one else is looking.   You might profit a small amount, but overall, society suffers.

Sadly, waitstaff have weird superstitions about who will be and won't be a good tipper.  And if you are marked as a "bad tipper" you can expect lousy service.  And since you got lousy service, you leave a small tip - which bootstraps the whole thing.  And yes, racism and sexism enter into this equation - you are stereotyped and marked the moment you set foot in a restaurant.

And while you may think leaving a good tip will "reward" good service or leaving a small tip will "punish" bad service, the reality is, servers really don't care.  They will never likely see you again, either.  And many people leave good tips for bad service, so there isn't much of an incentive really.  It is just a way for the restaurant owner to off-load his labor costs onto the customer, while making prices appear lower.

What got me started on this was tip inflation and normative cues.  A reader alerted me to this. On "Square" and other credit card transaction devices, they "suggest" a tip and the retailer can often set what range should be presented.  Instead of 10% for below-average, 15% for average and 20% for superior, the tip ranges in many cases start at 20% and go up from there.   Just as we saw this same gag with Real Estate agents back in the 2000's, we now see it with restaurants.

Granted, for a low-cost restaurant, maybe it makes sense to leave more - as a percentage - as a tip, than at Chez Swankmore.  But these "suggested" tip levels (offered as a service so you don't have to do all that pesky math!) are normative cues, and by presenting them to you, right as you sign the bill, in front of the server, well, it is a good way of shaming you into tipping more.

So what is the answer?  Well, there isn't one.  You can be one of "those people" who never tips, I guess, but that is kind of mean-spirited.  Most servers are not making a lot of money.  Well, some are - again at the Chez Swankmore restaurant.  Some waiters there take in a staggering amount of money, much of it undeclared income.  And yes, many of them blow it all on drugs.  Drug abuse in the restaurant business is legion.   After the restaurant closes at 2AM, many servers, line chefs, and so on, head off to an after-hours disco and party until dawn.  They sleep until two in the afternoon, just in time to get up and go to work.  And yes, drugs are often involved - cocaine back in the day, probably meth today.  And that's where all that tip money goes.

A friend of mine, after leaving college, told me to move to Florida (I was working for GM at the time).  She and a gaggle of other 20-something girls had all rented a condo near the beach, and they worked as servers at a local eatery every evening.  After work, they partied until dawn, often picking up men they met at the restaurant or a bar.  Lots of drugs, lots of drinking, lots of unprotected sex.  What could possibly go wrong?  I mean, other than to turn 30, realize you can't physically do this anymore, and what's more are broke, have an STD, a child, and a drug habit.   Sometimes easy money isn't a good thing.

My solution is the one I have harped on here. Eat out less. Or if you go, check out specials and whatnot.  We walked across the bridge here to a waterfront restaurant.  They were offering $5 fish tacos and $5 specialty drinks.  $20.90 with tax (yes, despite the legends as a "no tax" State, New Hampshire has a restaurant sales tax).  I gave the server four bucks in cash as a tip.  Probably a bit extravagant - 20% and all, but then again, the dollar amount of the food was less (Compared to the $60 bill at the lobster shack!) and the amount of labor was about the same.

It is easier of course, to write your tip onto your credit card receipt.  But it takes several days for them to process it, and it makes for messy accounting (presuming, like me, you log all your purchases!).  The tips on the credit card receipt are logged by the restaurant owner and reported to the IRS. And in some instances, servers have to share a portion of such tips with other servers or the "back of the house".  But cash in hand?  No one knows about that, eh?  Of course, I don't always have exact change like that.  Usually, I try to keep tips under 20% or so, if I write them on.   The server is probably making more money than I am, at this point in my life.

With inflation the way it is, it really pays to be able to make your own food.  Yet, at the campground we are in, our neighbors - with three teenage children - go out every morning for breakfast, every noon, for lunch, and every evening for dinner.  Not a cooking utensil in sight!   No food in sight, for that matter.  It isn't hard to do - make your own food - even if you are in a tent.  And the cost savings, particularly for a family of five, are amazing.   People fritter away "small" amounts of money on things like restaurant meals, but at the same time, think they cannot "afford" an RV or other big-ticket item.   People making far more money than I do, often live a lifestyle that is less than mine.  Oh, sure, they eat out a lot, but that doesn't mean they are living better, does it?  Particularly when restaurant food these days is such a crap shoot.

Living better while spending less - sort of the mantra of this blog.