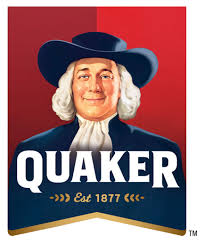 Are we responsible for the lives of others, even when they refuse to take care of themselves?  Even when they are doing better than ourselves?

I wrote recently about squatting, and how people become sympathetic to certain characters.  If you are going to live alone in a squatter's shack, grow a Gandolf beard and wear a funny hat and look like some cool Hobbit character.  On the other hand, a four-day growth of beard and the tattered meth-head look isn't likely to garner any sympathy!  Yes, even the homeless have to worry about their marketing image.  Maybe not intentionally, but they do it.  They know what works and what doesn't.  When it doubt, get a puppy.

Now before you get all sympathetic to this character, take a look at his dark side. From the article above:

Lidstone, who doesn’t have an attorney, insisted that his cabin is a hunting and fishing camp, not a home. He also argued that Giles doesn’t own the property but is being pressured by the town.
“He’s a heck of a nice old man, I’ve talked with him a couple of times. This is not his fault, this is not my fault,” he said at the hearing. “It’s lying, cheating corrupt judges like you that are stepping on little people like me. But I’m telling you, sir, you step on me, I’m going to bite your ankle.”

What a sweet old man!  And by the way, calling the Judge names isn't an effective legal strategy.  As the Judge noted, as much as he'd like to be sympathetic to this bum, he was constrained by the law.  And we can't have different laws for different people based on sympathy.

But today, there was a follow-up article that cast more light on this "sympathetic" character.

Lidstone, a logger by trade who chopped his firewood and grew his food in the woods along the Merrimack River in the town of Canterbury. He initially built the cabin with his wife, from whom he is now estranged, although he said they are still married.
Lidstone declined to comment further on his relationship with his family. Two of his three sons had told the AP they hadn’t been in touch with their father recently, and his daughter did not respond to a message seeking comment.

This sort of hints further at another side to the story.  He sort of gave the game away with his diatribe against the judge.  Cool-looking beard or not, I am not sure I would befriend this man.

But fear not, the friends have - the Quakers that is.  They are proposing to find him a spot of land to build a new cabin on.   I wonder how that will work out.

A reader writes, asking me whether I think rich parents "owe" something to their wayward children. Apparently, some celebrity parents have troubled kids who are begging for money and trying to shame their parents into giving it. This is nothing new, of course.   If you saw "Grey Gardens" - the movie, the documentary, the book, the musical, and the podcast - you may recall how Jackie-O was shamed into helping her hoarding relatives on Long Island, who were decamped into a decaying home - along with some raccoons.

But the reality is, children - and parents - can be quite irresponsible, crazy, drug-addicted, violent, and whatnot. I recounted before a relative who had a daughter who became an addict (heroin, crack, meth - whatever she could get her hands on).  He let her move into the basement when she was 27 years old, and she invited her drug friends over, who threatened to kill Dad and also stole all his stuff.  He threw her out.  She is now living today across the country, with her children supporting her.  Gee, thanks, Mom!

Was he being a heartless bastard or just rational?  People can be as dangerous as wild dogs, and keeping a mentally ill person around the house isn't smart.  Coddling them, even worse.  Deciding to diagnose them as "Asperger's" and then taking them to the gun range for "therapy" and buying them an AR-15 for their birthday is just, well, beyond the pall.  But it happens, it happened, and a lot of children were killed as a result.  Mental illness isn't funny.

You may recall the posting I did about the shoeless beggar.  People once again, engaged in shaming (an irrational idea) by calling out the beggar's children for not supporting and taking care of their Dad.  But what these Internet observers didn't realize, was the history of abuse, neglect, drug use, and mental illness his kids had to endure. They survived what was likely a horrific childhood, and should be congratulated for that, not castigated for failing to support and enable an abuser.

Genesis 4:9 - The Old Testament, always a source of trouble, tells the story of Cain and Abel;

Then the Lord said to Cain, “Where is Abel your brother?” He said, “I do not know; am I my brother's keeper?”

But of course, Cain has just killed Abel and was saying, "I didn't do nuffin!  Last I saw, he was fine!"

Some people interpret this to mean something else - that we have to help everyone else and be their "keepers."  And indeed, this interpretation - while wrong from a Biblical sense, I think - is a good thing. Our society prospers when we all do the right thing, even when no one is looking.  And while it is a nice sentiment, other folks look to the Bible to justify sharp practice, misogyny, and even slavery.  And it's all in there, too.  So I tend to take the Bible with a grain of salt, instead of cafeteria-style.

And let's face it, the Old Testament is full of incomprehensible gibberish.  The New isn't much better.

So what's the answer?  Beats me, I'm not friggin' Dear Abby!

But it seems to me that each situation is unique.  And if we don't know the whole back story, we should be careful in shaming others without knowing what they went through - or lauding others when clearly they have some issues.  And feeling sorry for people who refuse to help themselves or who are capable of taking care of themselves but refuse to do so is short-sighted.

I feel sorry for the person the wheelchair who was struck down by disease - or a car.  I feel less sorry for the drug addict who decided that getting high all the time was a swell idea - and why shouldn't other people pay for it?  I feel even less sorry for the fellow who wants a sex change, and laments that the government won't pay for it.  Not all outrages are equal in value.

It is like this Cuomo thing.  I despise the entire Cuomo family - let me be clear about that. This family "dynasty" is mob-connected and the reason why taxes in places like New York are five to ten times higher than in other States.  But on the other hand, if we take the sexual allegations against him at face value - all of them - he's a lot less guilty than what Prince William is accused of, child rape.  In today's wacky world, all accusations of transgression are equal, and calling someone by the wrong pronoun is akin to a lynching.   Harassment is wrong, but it is far less serious than a brutal rape.  And it is far less serious than putting homeless people infected with CoVid into nursing homes so his mafia buddies can get a "taste" of government money, and end up killing off thousands (tens of thousands?) of oldsters and then lying about it.  Yea, dead grandmas outweighs a butt-grab every time.  But not to hear the media tell it!

There are a lot of people in the world who get the short end of the stick.  99.99999% of them don't live in the United States.   You have to look around the world to see what real privation is.  And it ain't being told you can't squat, after you've lived on someone's land for a few decades for free.  Our sense of outrage in America is skewed.  We are outraged our half-caf, half-decaf, half 2% foam grande latte isn't prepared right.  That's America in a nutshell - our biggest complaint is traffic.

If you want to help the greater good, be sure to help yourself first.  Making yourself into a victim so that you can "help others" is just creating new victims for the rest of us to help.  How many "crazy cat ladies" do you read about in the paper (or know of?) who set out to rescue dozens of animals, while neglecting their own well-being (and that of the animals they purport to help?  And why is there always a dead cat in the freezer?).  Being selfish - just a bit - means you take care of yourself before setting off to help others.

So, good on the Quakers for helping the hermit man.  Those Quakers are such selfless people, right?  You know, like Richard Nixon - he was a Quaker.  While they do enjoy this stereotype of being non-materialist and kind to others, you should read Moby Dick.   Many of the owners of these whaling ships were Quakers, and they were quite sharp businessmen!   They became quite wealthy, but not by being "nice" to people along the way.  Buy hey, that guy on the oats can - he certainly looks sympathetic, right?

What a nice man!