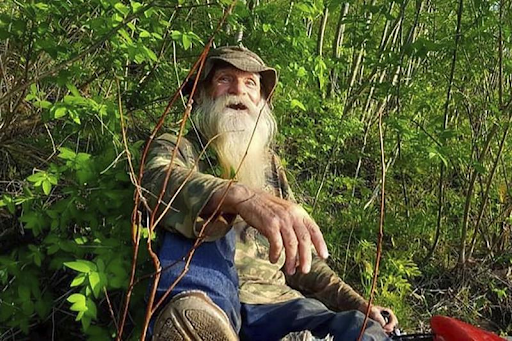 Just because you feel sorry for someone doesn't change how the law works.  You'd be surprised how many people think otherwise.

A recent article online makes me revisit my posting on squatting.  To give you the Reader's Digest version, it isn't a viable way of obtaining ownership of property.  In the best case scenario, it might be a way for someone to settle a boundary dispute, if they were using a piece of land in an "open and notorious" way for the requisite number of years in that jurisdiction.  And even then.....

Anyway, the media wants us all to weep over a guy living in a cabin on someone else's land as a hermit. He's so cool!  Has the Hobbit beard and all that!  Leave the old hermit alone and let him live there!  But the conservation office has some pointed questions about where he is dumping his waste and getting his drinking water from.

The bottom line, of course, is that he is squatting, and he doesn't have the right to stay.  Property laws are not determined by who the most sympathetic character is.  I blame all that crap on Judge Judy and her ilk, who made the law into a popularity contest.

One local town wanted to intervene in the eviction process, but as the town counselors noted, they have no standing to sue in what is indeed a private property matter.  And think about the consequences if they did - people with popular causes could intervene in your life as well.  Always be careful of what you wish for.

Do I feel sorry for this guy?  Maybe a little bit, but not a lot.  He had a chance to live there, rent-free for a number of years, and now will have to move on. We all do, eventually.  And likely, he has some health issues at his age - physical or otherwise - that would make living alone in a cabin in the woods a bad idea.

It is like when we sold our house in Alexandria.  It was on two deeded lots and the developer who bought the whole block, tore down our cracker-box houses and built twice as many mini-mansions.  One of our neighbors, who just spent hundreds of thousands of dollars remodeling their house, tried to sue to stop the development, claiming it would "change the character of the neighborhood" (which it did).  But as the Judge explained to my neighbor (who ironically was a lawyer!), deeds are deeds.  If it was a zoning issue, they might have a cause of action, but you can't get a court to overturn a deed description, just because you don't like what someone is doing with their land.  Zoning? Yes.  Deeds? No.  Not unless the legislature gets involved - and even then!

There was a famous case where a county tried to re-zone beachfront property to prevent development, because of beach erosion.  A landowner had what he thought was a valuable building lot, but overnight, it became worthless.  The court held this was a "taking" and that if the county wanted to do this, they would have to pay the landowner for the loss in value of his property.  It would be like Eminent Domain without the payoff!

But unfortunately for my neighbor, Fairfax County saw the increased revenue from property taxes and realized it was a win-win for the homeowners, the developer, the new home-owners and the County itself.   So, case dismissed.

I guess what irks me, sort of, about stories like this, is how they are not-so-subtly posited as class-warfare stories.  Mean old landowner!  Wanting to do what he wants to do with his land!  He won't let the old Hobbit dude live there for free! There should be a law that people who are sympathetic characters should always get their way!  Sadly, this is the effect many a time, and I realize this daily, as I am not a sympathetic character (except perhaps to Mr. See) and I end up getting the short end of the stick on a lot of deals.  That's life - get over it - attractive and sympathetic characters always come out with an inherent advantage.  That's why I don't trust attractive people - easily.  They are too used to getting their own way.

But to feel sorry for people?  Um, sorry, no sale.  No one feels sorry for us - as Mr. See likes to say.