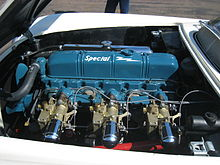 Curators can sometimes ruin the thing they want to curate

Rainy day from the remains of tropical storm Ida, so off to the museums.  Museums are a valuable and necessary part of our civilization, but sometimes, I think, curators go off the rails and start viewing the items in their custody as objects to be cataloged and displayed as part of an overall context, rather than appreciated for what they are.

The Farnsworth Museum, for example, has a great collection of works by members of the Wyeth family, as well as other artists.  It was well curated, but for some reason, they can't leave well enough alone, and had to put paintings and sculptures "in context" with some greater theme, this time around, "women of vision."  It was well done, but I guess the curators just get bored at showing the same paintings and sculptures, so they have to mix it up and do a "theme" exhibit to make things interesting.  Well, at least they weren't pandering to the children, as is so often the case.

After a light lunch, we decided to revisit the Owls Head Transportation Museum, which we had seen a decade before.  Maybe we hit it on a bad day, or maybe it was due to CoVid, or maybe the place has gone downhill, but there didn't seem to be as many exhibits as I remember.  Not only that, it seemed they were in the midst of changing exhibit formats.  Again, we have the "theme" thing going on.

One theme was "Fads and Failures" where they exhibited cars and airplanes that were successful and others that were labeled (with a fake stamp font) "Fad" or "Failure."  So the Model T Ford was a success but the Pinto was a "failure" - even though over three million of them were sold, and if you lived in the 1970's, well, you remember seeing them everywhere. Chances are, you had a friend or family member who owned one - or owned one yourself.  And no, they were not more dangerous that other cars of the era - the VW Beetle, the Vega, or anything from Japan.  Pretty much all cars of the 1970's were deathtraps, compared to today.

But, none of that! Let's curate by urban legend! Facts be damned. Another display of a 1955 Thunderbird was even more embarrassing.  A long-winded and poorly written display piece argued that the Thunderbird "saved" the Corvette by forcing GM to up their game, replacing the original V-6 with a V-8 in the 'vette.

No, that wasn't a typo.  They actually said "V-6".  Ugh.  The original Corvette was sort of lame, as it featured the "blue flame" inline six with triple Carter carbs and a two-speed automatic transmission. Does it make a difference that they said "V-6"? Well, probably not to the great unwashed masses.  But the great unwashed masses should not include curators at a car museum.  It is an amateur mistake, and a sure sign that whoever set up that display was not a "car guy" (or gal) and didn't know squat about cars.  I mean, they could have just looked this up on Wikipedia, right?

It reminds me of a guy who ran a gym in Pompano, Florida, who had a Z3.  Unlike our 3.2 his was a 2.3 with an automatic.  OK, a  pretty lamer cruiser, but still a fun car.  For some reason, he decided to put stick-on chrome letters on the trunk lid that said "V-6" which is even more embarrassing as all he had to do was open the hood to see this was not the case.  BMW made its bread-and-butter from its silky-smooth, powerful and largely indestructible inline six engines.  So to put "V-6" on the back of your BMW is sort of advertising that when it come to cars, you haven't a clue.

V-6 engines are a packaging and manufacturing compromise.  They fit the engine bay of cars more easily as they are shorter in length, and with a 90 degree bank angle, could be machined on the same assembly line as their larger V-8 brethren.  The problem is, you get weird harmonic vibrations with a V-6 with a 90 degree architecture.  A 60 degree bank angle (which GM started using in the Citation X-body cars) works much better, although there are ways of damping the vibrations from 90-degree V-6's.

The inline four suffers from similar issues, hence the use of "balance shafts" to dampen the vibrations. But add a cylinder on each end, and voila! it zeros-out most of the vibrations in the engine, except for torsional vibrations, which took the Rolls-Royce people many years and broken crankshafts to figure out. The inline six is a great engine, but people gravitated toward V-8s in the 1960's as we became a wealthier nation, and the V-8 was seen as having more status - even as many had fewer horsepower than their inline-six brethren.

Today, there are few inline six motors left - other than from BMW, that is. The packaging and construction cost of the V-6 won the marketing battle, for the most part.

The museum was gearing up for a vintage motorcycle meet this weekend, so maybe we caught them on a bad day.  So many of the vehicles had no display cards, or if they did, really didn't say too much about the vehicle in question.   Others were just sort of randomly displayed and kind of dirty.  Clara Bow's custom Rolls Royce, for example, really could have used a coat of wax - and a better display layout.  They had nice things, but the attempts to contextualize everything into a "theme" was sort of a turn-off.  At least they didn't try to pander to the children, as we see so often in museums, such as Chicago's Museum of Science and Industry.

As I noted in that earlier posting:

The population of our country has nearly doubled since I was born. Yet in most major cities, cultural institutions are failing for lack of interest.  Local symphonies, operas and ballets are closing one by one. Museums struggle to stay in business unless they put in a "Children's Museum" replete with Disney-like special effects and things for the kiddies.  I was very disillusioned when I went to the Chicago Museum of Science & Industry to see one of the few captured U-boats from World War II.  It should have been a somber display of a cultural artifact, but instead was cut open to make it into a Disney-like ride for children (with sound effects and flashing lights) who didn't seem to appreciate it anyway.  It seems we can't enjoy an intellectual level of discourse anymore, everything has to be lowered to the lowest common denominator.  It seems like the marching morons.

I mean, a submarine - a deadly instrument of war - is a serious artifact, that should be displayed with great reverence, for the people who died from its attacks, and the people who died in it.  But instead, they loaded it up with flashing lights and a sound track so the kiddies wouldn't be bored by it all.  It kind of made me sad - curators gone wild, and off-the-leash.

Of course, I am blaming the curators, but the problem is us.  We are not content to just look at an object and appreciate it for what it is, and its history - although the thousands of car shows across America would seem to negate that thought.   We get bored easily, and museums need to get patrons through the door, paying admission, to keep the lights on and - more importantly - keep the paychecks coming for the curators.  So they have to do theme exhibits, theme weekends, and special events, in order to keep it fresh and current and "relevant" and keep interest up.  Otherwise, you end up with a dusty collection of cars or paintings or whatever.  What a tragedy - or the definition of "museum".

But for God's sake, hire someone who knows something about the subject matter at hand.  Saying that the 1953 Corvette had a "V-6" is just freaking embarrassing.  I could excuse such a boner at the Farnsworth Museum (where it would never come up, of course).  But a car museum?  Full of car people?  It is not like it is some obscure piece of trivia, either.