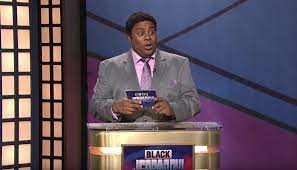 Saturday Night Live acts liberal, but is it really?

Norm McDonald died recently.....was he conservative?  Some conservatives think so.  I recently watched a number of his SNL "Weekend Update" bits, and while they were funny, it seemed to me there was a drumbeat of conservatism in his slant on the news.  Then again, he's only reading what was written for him.  Then again, he's a writer - this might be what he wrote.

Joe Piscopo famously came out as a Trump fan, but I write that off to the massive amount of steroids he took during his body-building years.  Or maybe not.  One thing's for sure - he wasn't all that funny.

And neither is Lorne Michaels.   I wrote before about SNL and its reliance on stereotype sketches.  Gays in particular were ridiculed as being fussy and girlish.  It was all for a good laugh, right?   One of those writers of fag-joke sketches went on to become a US Senator - before everyone else figured out what the gays already knew - he was a jerk.

Eddie Murphy is a funny guy, but this sketch reinforces every negative stereotype about blacks.  Whites have permission to laugh at it, apparently.  I wonder how blacks feel?

Blacks seem to get particular roasting on SNL and somehow SNL gets away with it - even in this era of BLM and raised cultural awareness.  It goes back a long way, too.  Remember "Mr. Robinson's neighborhood" sketch?  It may have been funny (or, in retrospect, not) but it reinforced every black stereotype there is:

1.  Black people all speak in ghetto slang with thick accents.

2.  Black people are all poor and live in a crappy tenement.

4.  Black people are prone to theft and other crimes.

5.  Black people can't help it.  This is their culture.

It is an interesting little dancing lesson SNL is giving - and of course, they are not the only ones giving it.  Other comic (and non-comic) shows perpetuate these sort of stereotypes - and more.   MADTV and the Chappell Show use the same old gags but It's OK, because it is blacks making fun of themselves.

Black Jeopardy! is arguably the most racist sketch on SNL and a more recent addition - that has spawned several other Black Jeopardy! sketches, to the point it is a franchise.

The same could be said to be true of other minorities, but I think there is starting to be a push-back.   I meet a lot of young gays who are not fond of drag shows, which they consider to be regressive - sort of a minstrel show for gays, and perhaps that is exactly what it was, in some instances.

I recounted before how we went to a "drag" show at La Te Da in Key West - right above Alice's Restaurant.  It was a professional show, with great costumes, choreography, and singing - yes, actual singing.  Julie Nixon was a guest star, and no, she's not a drag queen.  It takes some balls (no pun intended) for a man to sing (as a woman) alongside a great Broadway star.

Then we went down the street to 801.  There, they were doing lip-synching, but the bulk of the show was bad drag queens who made gay jokes - insinuating, for example, that they were all lusting after straight men.  Most of the audience had just come from Margaritaville across the street and were drunken straight couples from the midwest.  The running gag was to bring some poor Bubba up on stage and then make a bunch of jokes, with the drag queen acting like she was "coming on" to poor old Bubba.  We were the only gay people in the place and quickly left.  They were not laughing with us, they were laughing at us.

I am not sure if this trend extends to other minorities as well.  Perhaps it is - some Hispanic comedians play upon Hispanic stereotypes, to the amusement of white audiences.  Yea, I am looking at you, "Fluffy".   All of these comedians are the new Stepin Fetchit or Amos-and-Andy of the new Century.

But what about the white liberal cultural and political values the show projects?  After all, they skewered Trump again and again, right?  Well, it is a two-edged sword.  Like I said, it is easy and funny to make fun of a poltician for their orange skin, their posture, how they walk, how they hold a drinking glass, how they slip on the stairs of Air Force One, or how they hold an ice cream cone.  It is all superficial bullshit.  When that's all you got, maybe it means you ain't got much. And oddly enough, when you parody a character on television, you end up boostrapping their stardom, so to speak.  If someone is worthy of mocking, then they are worthy.

Norm MacDonald picked up on this, noting that SNL's Trump sketches may actually serve to help Trump.  By picking at Trump's superficial foibles, they make the case that the case against Trump is superficial.  The "other side" can do little else than to call Trump a doo-doo head, and that's just childish name-calling.  When you don't have anything more important to say, it implies you don't have anything to say at all..  It is like the drumbeat of criticism the Right is using against Biden.  He slipped on the stairs!  He can't hold an ice cream cone!  The ending of the Afghanistan war should have been "better" - although no one says exactly how (extend it another 20 years?  The contractors would love that!).

But I think McDonald had a point - mocking is a form of validation.  When you mock someone, it is a sign you are threatened by them.  And perhaps that is why Alec Baldwin quit doing his Trump impersonation.  It wasn't doing anything but making Trump look better.  As they say in Hollywood, there is no such thing as bad publicity, which is why every has-been star is found shoplifting or punching a security guard.  I am sure we will see Trump taken in after he is found in his pajamas, on the lawn of Mar-A-Lago, screaming at the squirrels.

To tell the truth, I haven't watched SNL in more than a decade.  I watched a few "Cold Opening" sketches on YouTube in the past, but the whole show?  Nah. The sketches were pretty lame, particularly after midnight.  And the guest bands were people I never heard of, playing mostly noise.  It is a marketing machine, designed to promote the latest band and "make fun of" the latest trends while inadvertently promoting them.  In other words, it is part and parcel of the system.  It isn't "out there" or edgy, it is just network television.   The not-ready-for-prime-time-players had prime-time come to them.

Like with Facebook, SNL became a little creepy when my parents started watching it.  It was no longer "cool" after that.  How could it be?  You can't be young and alternative and market to the over-50 set at the same time.  So I am not sure who SNL is aimed at.  I am sure the kids think it is dorky (other than the latest rap band they promote).   And the oldsters are probably mystified by much of the youth culture.

But the real thing is, I wonder how much longer they will continue with minority humor in this day and age.  Do young black professionals or Hispanics get a chuckle out of racial humor that paints them as ignorant and backward?  I think not - just as the younger gays today don't see the funny in many of the old-school drag shows, which rely on similar negative stereotypes.

All I know is this:  While I am not a big fan of Norm MacDonald and other "right-wing" comedians, the idea that shows like SNL are "liberal" or "left-leaning" is sort of ludicrous.  By mouthing idiotic over-the-top versions of liberal thought, they in turn, make it easy to discredit.  And by using racial and stereotype humor, well, they are not too many notches above white supremacists.

It just isn't funny.  Most political and cultural humor isn't.