Deposit Laws - Are They Effective? 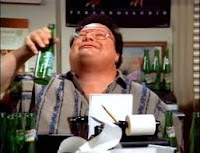 Nearly every State that has a deposit law (e.g., ME, CT, VT, NY, MI, CA) is also a State in economic crises or industrial decay. Is there a connection here?


Deposit laws have been with us for some time now.   Are they effective?   Perhaps not.

Deposits have been taken on bottles long before the present deposit bottle laws were passed. In the old days (back when I was a kid in the 1960's), bottles were collected, re-washed, and re-used, simply because bottles were expensive and it was more cost-effective to retrieve them. There was no "Law" mandating deposits - the marketplace simply created them.

I remember as a youth, we had to leave our bottles in a rack next to the vending machine. If we wanted to take our bottle with us, we left the two-cent deposit on top of the soda machine.

No Deposit, No Return bottles premiered in the late 1960's, during the heyday of the disposable culture. If you saw or read the stories about the future back then, they always depicted a future of disposable and sanitary gear, where everything you owned would be flushed down an incinerator chute when you were done with it (as in the modern movie The Incredibles, where every wastebasket in Edna Mode's futuristic lair has an atomic atomizer in it). I remember my Sister showing off her "mod" disposable paper dress - supposedly the forerunner of all this disposable future.

But we stepped back and realized that a disposable culture was a false value, and that throwing everything away was not the answer. We still throw away a mountain of trash in America, but at least today we are "aware" of it.

Deposit bottle and can laws started to promulgate in the 1970's, mostly in the Northeast. The argument was that a deposit law would reduce litter and encourage recycling.  After a few decades, have these laws been successful?  Are they really reducing litter versus non-deposit States?   And what of the cost - both in terms of added prices to goods as well as countless hours of wasted labor for consumers?

I own homes in two States - New York and Georgia. My permanent residence is in Georgia, but I vacation in New York.  From my perspective, the amount of litter is about the same in both States.   I do not see deposit laws as making a huge impact on the litter situation in New York versus Georgia.   People in New York still toss bottles out of cars - and other, non-deposit litter as well. Georgia is remarkably clean without any deposit law.

The cost of deposit laws, on the other hand, is great. Every store has to offer to accept returns, which often means staffing a return desk, having machines to accept and crush cans and stack bottles. And the mess and smell of it all is disgusting and attracts flies and vermin - all at the front of your local grocery store!  Food and dirty bottles - not a good mix.

For the consumer, these laws mean that you have to keep a collection of smelly bottles in your garage - or remember to wash all of them (using up water) first. Then they have to be sorted, boxed, and transported to the store. Maybe it is a "trivial" task, but it is a pain in the ass and a dirty, smelly job. And when you take those man-hours, multiply them by the number of people in the State, it is a staggering amount of labor lost to the economy. Every consumer labors hours every year to collect and return bottles - with no economic benefit to themselves or others.

But what about the environment? Are deposit laws keeping bottles and cans out of landfills? Certainly they should be. Again, New York has bought into the "landfill shortage" argument, which has been made mostly by Mafia-related industries that run the garbage business. They run a simple scam - create an artificial "shortage" of places to dump trash, and then jack up the trash rates accordingly.

Of course, any State with a deposit law will have greater recycling percentages.   But that is a side effect of collecting all those containers into one place. The question is, does this increased recycling really produce an impact on the environment (it would be tempting to say, "Yes, of course" but you have to look at actual environmental impact data, not merely percentages of recycled containers).

For glass bottles, the environmental cost and energy cost savings are murky. Collecting, washing and re-using bottles does, of course, require energy. Many deposit bottles are not re-used, but crushed, melted down, and re-made into new glass containers. Whether there is a significant environmental savings in melting down and recycling glass versus making new glass is somewhat debatable.

In terms of disposal, glass containers eventually disintegrate into broken glass and then into sand-like grains. Aluminum cans oxidize into aluminum oxide, one of the most common elements in the earth's crust. It is only plastic containers that linger for decades. And even then, ultra-violet light does degrade these, and newer containers are being designed to break down. If let buried in a landfill, plastic containers remain as inert fill. While they don't break down, they don't do anything else, either.

The real environmental impact of container usage, it seems to me, is in the energy needed to make containers from raw materials versus recycled ones. And the cost of collecting, transporting, sorting and recycling has to be factored into the equation when comparing the environmental impacts of both approaches.

From an economic standpoint, recycling glass seems somewhat moot. In Georgia, we collect glass in a recycling center and then..... throw it away. There is no market for recycled glass, even when sorted and delivered by the truckload. No one finds it cost effective to melt down old beer bottles to make new ones - when sand is so cheap and readily available as, well, sand. So we all pretend to be environmentally conscious by putting our smelly bottles in a happy-faced container, and then the man comes with a truck and dumps it all in with the rest of the trash.

Is this really "making a difference" or just pretending to be environmentally aware for emotional reasons?

And of course, entire classes of containers are exempt - liquor and wine bottles, bottled water, and food containers. In New York, there have been proposals to add these containers to the State's deposit bottle law. When the original law was created, bottled water was such a small portion of the beverage industry, as was wine. And the idea of selling other foods in plastic jars and other containers was largely unheard of. Today, plastic and other containers are starting to dominate our grocery store shelves.

Other States have tried different approaches to recycling. In Northern Virginia, we had curbside recycling. Other locations have recycling centers. There are alternatives to deposit bottle laws.

And therein lies the rub: After three decades of deposit bottle laws, very few States, other than the Northeast, California, Michigan, and Iowa, have followed suit. Most Southern States have avoided deposit bottle laws, with apparently little ill effects to their environments, their litter problems, or their economies.

In fact, as I noted above, States without deposit bottle laws (39) appear to have more robust economies than States that have them (11). Of course, a deposit bottle law alone is not going to push any given State into decline and decay.   However, the mentality behind deposit bottle laws - that the State has a right to intervene in basic commerce decisions of retailers and consumers - reflects the "Government Knows Best" mentality, that is prevalent in places such as New York and California.  And not surprisingly, both States are in the midst of a budget crises, as their gold-plated government services have largely bankrupted the States, while high taxes continue to chase out residents and employers alike.

Perhaps it is time to re-think these laws, and examine from a real cost perspective whether they truly are a means of saving energy and saving the environment - or whether they are just another example of onerous government legislation that places burdens on consumers and retailers alike, adding to the cost of living and squandering countless hours of labor.

I am not saying these laws should be revoked. Only that no real data seems to exist as to their true environmental effectiveness and economic cost-effectiveness.   We seem to be taking it on faith that these bottle laws are effective, when in fact, the data supporting them seems somewhat lacking.
Newer Post Older Post Home