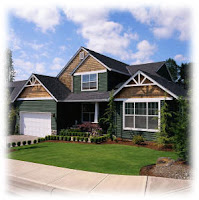 If you are going to own land, it only makes sense to use it to the fullest extent possible. The personal home is probably the most expensive and least effective use of land.


We made a lot of money in Real Estate over the years.   Perhaps as much as a million dollars.  We spent a lot of it, too.  Stupidly.  We still have maybe a half-million left, in terms of properties we own outright.   Perhaps a bit more.   Yea, I know, you feel sorry for me! But when I think of all the money we squandered over the years! Ouch!

One habit we used to be into, and fell out of, was flogging properties for all they were worth. This is a good idea and yet many people walk away from thousands of dollars a year in income by not utilizing properties to their fullest extent.

For example, we bought two condos in Florida, before the boom. They were fairly reasonably priced back then, and we enjoyed going down there to visit once a month. But we also rented them out when we weren't there, and had, as a result, a neutral cash-flow on the properties. In effect, they cost us nothing to own, which is a sweet deal if you can arrange it.

We also fell off the rental bandwagon, based on some bad advice as well. For example, when we bought our Jekyll home, our neighbors discouraged us from renting the home on a weekly basis to tourists. Why is this? Well, because they are neighbors and are worried about loud parties and the like. Similarly, the local Real Estate agent discouraged us, as he owned a huge portion of the rental properties on the island and didn't want competition.

But we easily could have brought in tens of thousands of dollars in rental income, each year over the last five years, perhaps enough to offset more than half the mortgage costs - perhaps all of them. And yet we stupidly refused to do this, based on some bad advice from folks with interests opposed to us, and on the grounds that we didn't want strangers in "our" home.

Similarly, we could have rented out our New York house on a weekly basis and made thousands of dollars a year, particularly during commencement weekends and parents weekends at the local colleges. But we stupidly refused to do this, based on some bad advice from folks with interests opposed to us, and on the grounds that we didn't want strangers in "our" home. And now we are selling that home, perhaps because we didn't utilize it to the fullest.

And that is probably one aspect of Real Estate that many don't think about. The use of land for a personal residence is probably the least profitable and most expensive, and yet most people do this all the time. It is possible to "flog" a piece of property and make money from it, and thus own more real estate and pay less. You can own a piece of Real Estate and in effect, pay nothing for it, if you utilize it to the fullest extent possible.

For example, my neighbor has a large house that is larger than he needs. He built an apartment in the house, which he has rented out for over a decade to the same tenant. An odd thing to do? Well, not necessarily. The tenant pays enough in rent to cover his Real Estate taxes every year - and his homeowner's insurance. It may not sound like a lot, but ten grand is ten grand.

And as I noted in my disposable income post, that IS a lot of money to someone making $100,000 a year. Even $1000 may represent 10% of your disposable income, so ten grand might represent doubling that. It IS worthwhile, no matter what people say.

Our New York property could easily have been configured to have a rental apartment and generated enough income to pay the taxes, utilities, and the insurance. This could have saved us as much as $10,000 a year or more. It was a mistake not to do this. Not only would it have made us money, but it would have insured that someone would be on the property year-round, preventing damage during the off-season.

So how can you flog Real Estate to make more money? For some folks, this is impossible, as their home is structured in such a way that there is no way to make money from it. But here are some ideas that might be useful:

1. Apartment: Many newer homes have an "in-law suite" or apartment built-in. And many folks don't use these apartments or use them as play rooms for the kids. Renting out the in-law apartment is a good way to bring in as much as $10,000 to $15,000 a year, depending on where you live (perhaps more). That would be enough to buy a new car every year.

2. Vacation Rental By Owner: If you live in a vacation destination area, and you do not occupy the home full-time, consider renting your home part-time on a site like VRBO. We did this with our condos and made quite a lot of money. And you'd be surprised sometimes, where people will rent. If there is a local college or university nearby, parents will rent homes for commencement week or for parent's weekends, etc.

3. Home Office or Business: If you run a business, consider running it from home. Or, if you own a business, consider moving your home there. A friend of mine has a small factory that he owns, on 20 acres of land. He rents a house for his family. Why not put a modular home on the 20 acres of land, and have no mortgage or rent payments? I paid for office space in Old Town Alexandria, until I realized that I could use my home as an Office, and save tens of thousands of dollars a year in costs. Some folks run bed and breakfasts (which can be a lot of work) from their homes, if they are in a resort area. You are only limited by your imagination.

4. Storage: Do you have a barn or garage you are not using? Boaters and car collectors will pay money to store vehicles in such structures. Don't let that space go to waste!

5. Roommates: If your home is not set up to be readily reconfigured with an apartment (or zoning laws prohibit this) you can still take on a roommate.  Granted, there can be difficulties in such arrangements, but the potential income can be huge.  If you configure the home so the roommate has their own bathroom and kitchenette, you may end up never seeing each other. And in transitory areas, like college towns, a roommate may only be for a few months, at most.

6. House Swapping: There are online services you can use to "house swap" with people from other parts of the world. You fly off to England and enjoy a house in the Cotswalds, while they come to your beach house for a summer vacation.

7. Divide and Conquer: My office building in Old Town had three levels of space. If I rented it out as one unit, I might get $2000 a month for it. But by dividing off the top floor as a separate office, I could get $1000 a month for that, and $2000 a month for the lower level. You get more for renting multiple smaller spaces than for one big one, as people usually don't need the larger spaces.

These are just some ideas on how you can "flog" a property to make more money - in some instances a lot more. Now granted, there are difficulties in flogging properties, and some of the reasons people give for not doing this are personal, not financial.

The first is, "Well, what about all my precious collectibles?" Yes, your Hummel figurines are at risk if you rent out your home to vacationers. When renting out a home, you have to make it more generic and less personal. And you can't leave valuables laying around. Many folks who rent out their homes have a locked "owners closet" where they put personal items.

But another approach is to simply get rid of that sort of junk. Owning "things" is a form of slavery, and if you are walking away from $10,000 in income because of your Hummel collection, well then that is one expensive Hummel collection!

When we sold our home in Alexandria (for a huge profit) we could have easily moved into part of our Office building in Old Town. But instead, we thought we needed a huge "home" to put our "stuff" in, and to have a place to park our cars. This was, of course, silly. Cars age and go away. "Things" are just clutter. We could have lived cheaply and well and made a ton of money as a result, but we let the idea that we "had to have" a certain style of living, dominate our actions.

A second concern is problem tenants, vacationers, roommates, or the like. Being a landlord is not an easy job, to be sure, and it requires work and risk-taking. We had no major problems on VRBO, as we were renting to vacationing Canadians for short terms. But if you are not sophisticated on the antics of con artists, you could be sucked in to a horrible nightmare.

For example, one condo we sold to a nice lady who was active in her church. Instead of getting lucrative vacation rentals (which occupy the place only part of the year) she rented to local Florida trash (and they are all trash) full-time. The young woman renting the place said something about praying to Jesus, and the landlady went all ga-ga over her. Of course the young woman was a con artist who knew how to play the Jesus card. She moved in with no security deposit and never paid rent. The landlady spend a year getting her out of there and in the end, went into foreclosure.

The moral of the story is you can't be a landlord and be "nice" to people. In fact, in any business transaction, you can't play "Mr. Nice Guy" unless you want to end up "Mr. Bankrupt Guy". That's just the way that works. You may think your landlord is a jerk or an asshole - until you decide to become one yourself. Suddenly, getting your rent on time and not having noisy, "problem" tenants seems like a perfectly reasonable proposition.

Moving forward, we will likely start "genericizing" our Jekyll home a bit, in order to position it for rental on VRBO. Renting it directly through VRBO, we can control who our tenants are and not have to pay huge fees to local agents. We may rent it only a few weeks a year, but those few weeks could generate several thousand dollars in income.

And what I have learned over the last five years, is that it is foolish to walk way from "just a few thousand dollars" in income!
Newer Post Older Post Home