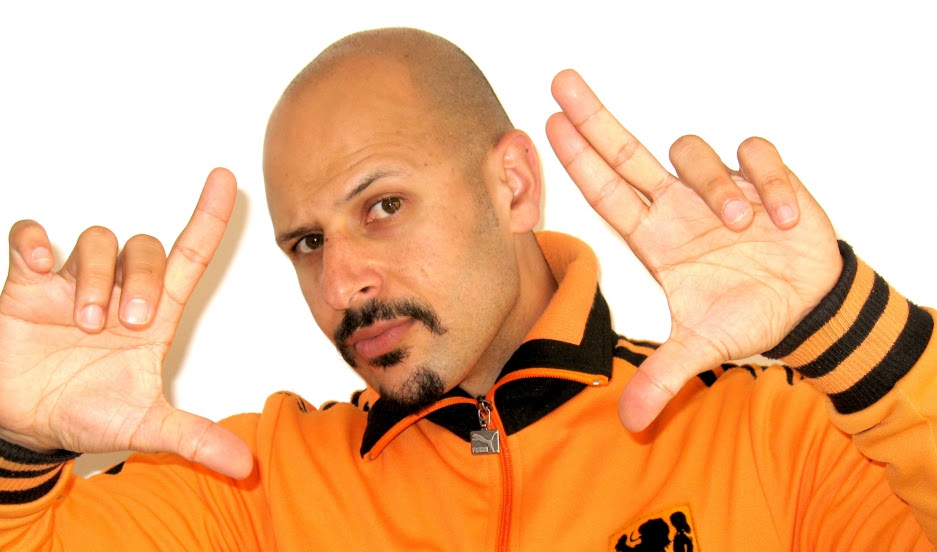 Public radio is playing a game of blame-the-victim, but in a very subtle way.


After the Charlie Hebdo attack, Public Radio has been waging a very subtle campaign to undermine any outrage about such an attack.   They are not coming right out and saying, "Well, the West had it coming!" but they use interesting phraseology ("those who chose to make cartoons about the prophet Mohammed" for example) and even their tone of voice sort of gives it away.

In a recent PRI interview with former Middle-East terrorist (actor) Maj Jobrani, they go out of their way to be politically correct, to a fault.  For example, the real victims of 9/11, we are told, are not the thousands of people who were burned, crushed, or fell to their deaths, or even their families, but the Muslims who were unfairly stereotyped as a result of the attack:

Take his feelings about being a Muslim going through airport security after September 11. “I felt like whenever you passed through the metal detector you just feel guilty," Jobrani says. "And I would go through it and I would hear the beep and, 'I knew it, I knew it, I’m a terrorist!'”

Ah, yes, we are supposed to feel bad about this.  He was "profiled" because he comes from a country that sponsors terrorism.  A country that had taken a lot of Americans hostage.   When your place of birth says, "Iran" maybe they should take a second look.   All this nonsense about "profiling" is just wasting resources.

(Funny thing, I went to school with a lot of Iranians.  When the Shah fell, they were happy - but in no hurry to go back to Iran.  "You have Playboy magazine and sexy girls!" they told me, one night as we studied Calculus together.  They were clearly enjoying our decadent Western culture immensely and knew that life in Iran, under the Ayatollah, would suck.   And many Iranians today chafe under this new religious rule.  But they do not try to overthrow it, merely work around it, or live underground.  Or in the case of Jobrani, come to America and then criticize their new home).

Shortly after 9/11 I was taking a cross-country flight.  At the gate, they randomly took several people aside for a physical search of our bodies and our carry-on luggage.   They used a random selection, because in the USA, we don't want to be accused of "profiling".   The three people that random chance selected were myself, the former Insurance Commissioner for the State of Nebraska (it was on his briefcase, and I asked him about it) and an elderly Grandmother going to visit her children.   While we sat there and were searched, several foreign nationals in Hajibs and Turbans were allowed on the plane without any search.

Now maybe it would be wrong to search them based on their ethnicity or appearance.  OK.  But their nationality or place of birth?   It doesn't take a rocket scientist to figure out that in this era, the folks planting the bombs are more likely to be those from the countries which are involved in terrorism, than folks born here.

And the Police and security agencies know this.   The terrorists who massacred the staff of Charlie Hebo were all known to the Police as potential terrorists - for many years.   But hey, let's not profile them or anything, right?

Sorry, but war is hell, and if I am going to be pulled out of the line and searched, well, Mr. Jobrani can deal with it, too.   And no, he can't try to make us feel "guilty" about his being "profiled" as a terrorist.  He's from fucking Iran.  Wonder why he left?
But he is a "good Muslim" and not all of them are bad.    That is the take-away from these terrorist events - the idea that we have to teach people that not all Muslims are bad and they are being unfairly painted with a broad brush.  But here's the freaking deal.  We are at war - at war with a religious ideology.  And you can't tell "good" Muslims from "bad" ones at 100 feet.

During World War I and World War II, many foreign nationals were unfairly treated.  The Royals in England decided to call themselves the "House of Windsor" as Hohenzollern sounded a little too German.   Germans in Pennsylvania called themselves "Pennsylvania Dutch" - and still do today.   Germans in Wisconsin were suspected of disloyalty and sabotage - and some were found to be actually guilty of this.  And of course, thousands of Japanese were unfairly interned - the "good" ones and the "bad" ones alike.   Was this a good idea?  No, but it was an exigency of war.

Today, no one is being interned.   The outrages are rather trivial and infrequent.  But the message of Mr. Jobrani and others (including Public Radio) is that we are the bad guys as we "profile" middle-easterners.  Not them, us.    While France outlaws head scarves in schools, we debate whether a woman can wear a burka for her driver's license photo.

Funny thing, go to the Middle-East and see whether Westerners are "profiled".   They are - and beheaded.

There are "good Muslims" we are told, and we should be nice to them.  After tall, they aren't trying to take over our country.   Yet, the central premise of Islam is that it is destined to take over the world, and that anyone who believes otherwise is an apostate and an infidel.   Multi-culturalism and Secular culture simply don't exist in this religion - in its purest form.

For some reason, in addition to all the other restrictions that Muslims place on life itself (which mirror many of those of their mortal enemies, the Jews) they insist that we all have to play by their rules as well.    The Muslim religion is not open to critique or discussion.   We have been effectively terrorized into remaining silent and saying nothing.   Terrorism works.

This cartoon in the Onion, while offensive, has not resulted in anyone getting killed.  Why is that?

WASHINGTON—Following the publication of the image above, in which the most cherished figures from multiple religious faiths were depicted engaging in a lascivious sex act of considerable depravity, no one was murdered, beaten, or had their lives threatened, sources reported Thursday. The image of the Hebrew prophet Moses high-fiving Jesus Christ as both are having their erect penises vigorously masturbated by Ganesha, all while the Hindu deity anally penetrates Buddha with his fist, reportedly went online at 6:45 p.m. EDT, after which not a single bomb threat was made against the organization responsible, nor did the person who created the cartoon go home fearing for his life in any way. Though some members of the Jewish, Christian, Hindu, and Buddhist faiths were reportedly offended by the image, sources confirmed that upon seeing it, they simply shook their heads, rolled their eyes, and continued on with their day.

You see, while some Christians, Jews, Hindus, and Bhuddists might be offended by the image, their faith is strong enough that they don't feel the need to censor the beliefs of non-believers.   And in fact, such an image would mean nothing to a believer of the religion in question, because they simply would choose not to look at it - and not care.

But wait, it gets worse.   Far worse.  Mr. Jobrani, who claims only to have played a terrorist in the movies, equates our capitalistic society with the Taliban or ISIS.  While in the Middle-East on his "Axis of Evil" comedy tour he was told that he could do no jokes about religion, sex, or politics.  In other words, almost all his material was censored - other than funny stories about how evil Americans profile Middle-Easterners unfairly, which I am sure got good laughs there.   When he returned to the States, he found that his material was restricted in different ways.

"There were also restrictions when he did a TV set with Comedy Central, but of a slightly different kind.  He submitted his materials to the legal department, who came back and asked him to take out references to Mercedes and 7-Eleven because they might be sponsors."
“I quickly realized that in the Middle East, God is God. And in the West, Tide is God, or the sponsor is God,” Jobrani says.

Yea, we're just like the terrorists.  Oh, wait, No.   You see, if you mock Tide on a comedy show, the worst thing that could happen is that the sponsor would pressure the show to fire you.   Then again, maybe not.   Jon Stewart on the Daily Show mocks sponsors all the time and yet seems immune.

But one thing is for certain, the Tide Terrorists won't show up at your apartment and shoot you in the head.

That is the difference between our culture and theirs.  A huge fucking difference.

Bill Maher said it best - Liberal Western Culture isn't just different that the Muslim world, it's better.   We have  a secular government, despite the best efforts of some religious fanatics in our country.  And this is one of the greatest achievements of mankind - and one worth fighting to protect.

It is sad, but our secular culture is under attack from without and within.   Internally, we have right-wing nutball "Christians" who want to make the USA a "Christian Nation" with religious laws.   On the outside, we have Islam, fighting to do the same thing.


So what can we do to stop these people?  The answer isn't for us to "feel guilty" about "profiling" Muslims - that is blame-shifting of the worst sort.   And Muslims should not be taking to the streets and protesting how they are all not like that, but rather denouncing, in no uncertain terms, the horrors of these right-wing crackpots.

And people of all religious stripes should perhaps take a moment and reflect where religion is really taking them.   Should you identify with any organized religion when organized religions are responsible for so much mayhem and misery?

Maybe it is time to throw away all the outdated religious garb - the hijabs and the yarmulkes, and the Mormon underwear and the other trappings and garbage of organized religion that serves to do little other than make you feel different and superior to non-believers.  Maybe it is time to throw Halal and Kosher in the trash and chow down on some bacon - because it really is good, and God won't hate you for eating it - and no, you're not "special" because you get a "special meal" - you're just a pain in the ass (the same goes for you Vegetarians out there).  Maybe it is time to shave off the beards and the other crap that we use to set ourselves apart, and become one with humanity.

Multiculturalism was an interesting experiment, but one doomed to failure - particularly when one culture (Islam) is predicated on wiping out all other cultures.   We all belong to one human society - one small planet.   Putting on funny costumes and pretending to channel ancestors from the past is not the answer to anything.  Saying that the only rules to be followed are those written down by nutjobs from hundreds or thousands of years ago - who wore sheets and wiped their ass with their hands - is just idiocy.

We have a right to decide what our modern culture will be.   And we can't let a small minority of religious nuts tell us what we can and cannot do or say.

And we shouldn't be apologists for speaking out - or equate our society to that of terrorists.  Sorry Mr. Jobrani, I really don't think you are that funny.  Go back to fucking Iran and get hanged from a crane.  Because that is your culture's values, not mine.   And if you are going to speak out, maybe you should speak out against that.


UPDATE January 14, 2014:  Today on Public Radio, the topic of conversation is religious cartoons and the new Charlie Hebdo cover.  They ask, "Is this just freedom of expression or further instigation?"