Pay Off Debt or Invest? What's the Difference? 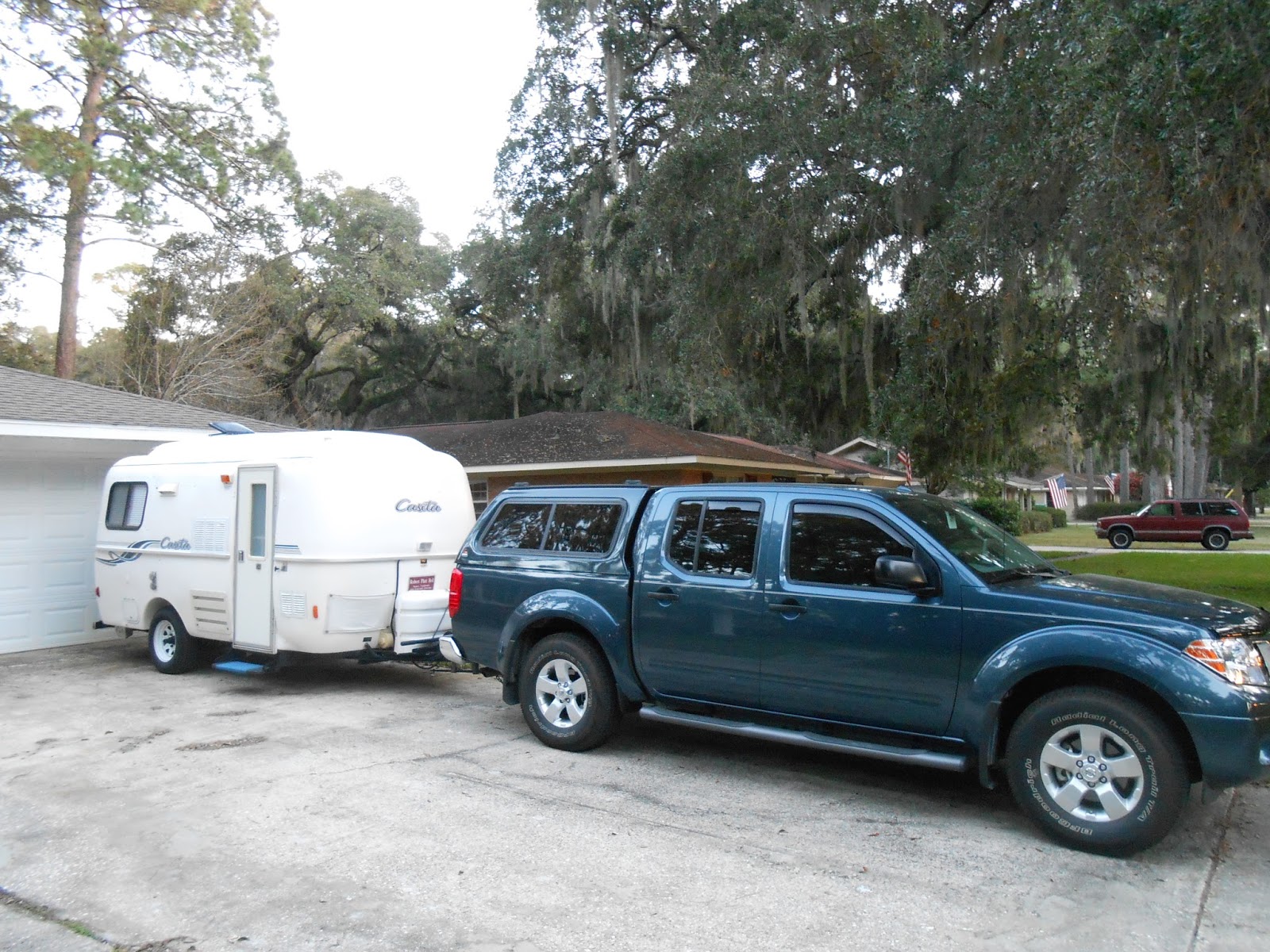 Should you use money to pay off debts or invest?   Put another way, should you borrow money to buy a car, if you can pay cash for it?

Recently we replaced the X5 with an inexpensive Japanese pickup truck.  The question came up, should we finance the truck or pay cash?  And it is a question that comes up a lot.   A lot of salesmen use arguments like "opportunity cost" to sell you on the idea of getting a car loan.   And for most people, these are just comforting arguments, as they never have had (and never will have) enough money in the bank to pay cash for a hamburger, much less a car.   So they borrow money and feel better about themselves because the salesman made some argument about opportunity cost or some such nonsense.

But it begs the question, is it smarter to borrow or to pay cash?  Can we crank some numbers to illustrate this?

We'll assume the vehicle costs $25,000 which is a nice round number and about what a typical middle-class car costs these days.   And let's assume a realistic loan interest rate of 4.5% because nobody gets those come-on rates.  Or if they do, they forgo the rebates that just pad the price of the loan.   No, really, people don't get this.  A friend tells me they are "giving away cars" at the car dealership, because he got "0% interest!" on his car loan.  But he walked away from a $2500 rebate, so really, he didn't come out ahead, did he?  And the loan has to be paid back of course, and so no, the dealer isn't "giving away cars" or anything else for that matter.

But getting back to our example, let's assume the buyer also has exactly $25,000 in savings that they could spend on the truck and that this savings earns 4.5% interest to make things even.   That makes things nice and easy to calculate.  Using a mortgage amortization program and a compound interest calculator, we can crank some numbers:

And there is a nugget of truth in that.  But there are two observations to be made here.  First, note that the loan interest is less than the earnings interest, even though the two principal amounts are the same.  We have a declining balance on the loan, while the "investment" stays level at $25,000, so the earnings are higher.  Just an interesting observation that doesn't affect our calculations.   It illustrates why money saved earns more interest than is paid in money borrowed, though.

However, what we are not factoring in is the $466.08 a month that we would have as excess income if we did not take out a loan and paid cash instead.  We could spend this, of course, but to compare apples to apples we should assume it is invested as well, at the same interest rate of 4.5%.

Again, our compound interest calculator yields some interesting numbers.  If we invest $5592.96 every year, for five years, at 4.5% interest, we end up with $31,974.35 which is essentially the same number as earned by our $25,000 for five years.  What is going on here?  Why are they nearly equal?  Well, the total of the $466.08 payments (equal to the loan payments), even at zero percent interest, will total $27,964.53 after five years.  Throw in interest on top of that and you get, well, the same damn numbers keep coming up.

This is where it gets tricky.   If the interest earned on those monthly payments invested in lieu of loan payments is only $4009.82, then you come out $2144.73 behind the guy who got the loan, right?

Wrong.  This is akin to the "Missing Dollar Problem" involving three people at a hotel and the shenanigans they play with their money.

"Three men go into a motel. The desk clerk said the room was $30, so each man paid $10 and went to the room. A while later, the desk clerk realized the room was only $25, so he sent the bellboy to the three guys' room with $5. On the way, the bellboy couldn't figure out how to split $5 evenly between three men, so he gave each man $1 and kept the other $2 for himself.

This seems like an unsolvable problem, until you realize they are comparing apples and oranges - money paid to imaginary discounts.  "This meant that the 3 men each paid $9 for the room, which is a total of $27" is the key.  They didn't pay $27, they paid $25, and the bellhop swiped $2 from them.   $25 + $2 = $27.  The error arises because the final question is posed to add up the wrong numbers.   If you look at it another way, the room was $25, plus the $3 in change, plus the $2 stolen, equals the original $30.   By adding the $27 (which is the amount of the room plus the amount stolen) PLUS the amount stolen AGAIN, you come up with a fictitious $29 number.  The correct calculation is $27 (the cost of the room plus the amount stolen) plus $3 (change) equals $30 (the amount originally paid).

So you see, it is easy to subtract one thing from another and come up with some very, very wrong answers.

In most wealth calculations, the best way to figure this out is by NET WORTH calculations.   At the end of the day, how does this affect your overall net worth?   If you try to isolate one interest payment and compare it to another interest earning you are adding the bellboy's theft in twice.   You compare apples and oranges and get confused.

So let's calculate how these transactions affect overall NET WORTH after five years and the loan is paid off or the equivalent amount of the loan is invested.

Total Paid over five years:  $27,964.53 (Principal and Interest on Loan)
Now , for if the cash person took that loan payment amount every month and invested it at 4.5% interest,would they have ended up "paying" $2144.73 in lost interest they would have made on that $25,000 in cash, if they had left it in the bank?  As we can see, once we do this in terms of overall NET WORTH, the "missing dollar" mysteriously disappears:

So you see, the "cash sale" person actually comes out ahead slightly ($819.80) after five years, having made the same monthly payment, but put into savings, than the loan person.   In other words, it is a wash.

Or put another way, if we assume the cash buyer comes out "$2144.72 behind the guy who got the loan" and we add in the loan interest not paid of $2964.93, you come up with a difference of.... $820.21 in favor of the cash payer - or the same amount as in our Net Worth calculations.   The Net Worth calculations are, however, easier to visualize and easier to do - you just look at how much money you have laying on the table at the end of the day, instead of adding bellhop's tips twice or whatever.

However,  I did previously say "there were two observations to be made here" and the second one is that comparing loan interest to investment interest is comparing apples to oranges.   Simply stated, there is no investment out there that is going to provide you with 4.5% interest completely and utterly risk-free.   Treasury bills, for five years, are paying maybe 2% interest, if that (I'll let you know at the end of the auction on February 3rd).   That is about the best "comparable" to loan interest not paid.   And as you can see, loan interest trumps T-bills by 2:1.

If we assume a T-Bill earning 2% interest, the numbers change like this:

The car salesmen and investment advisers cook the books a bit by saying things like, "Well, you could make 7-10% in the stock market with that money, and that beats the loan rate by double!"   And that may be true - or may not.  The point is, you are risking money, and with risk comes potential reward - and also the potential for utter failure.  You could lose your entire principal in a stock investment.   The loan not taken out (or paid off early) is  a 100% sure thing investment that can never be worth less than what you paid.  In fact, it is worth more - it is worth the interest not paid on that loan.

Now, of course, there are other factors that are of a more personal nature to consider.   Like I said, most salary slaves have no cash, so they borrow money because they think they have no other choice.  Of course, if they saved up money, they could earn interest on those savings and end up paying less in terms of actual cash put aside, than the loan person.

For retirees with an IRA, there are other complications.   If you don't have $25,000 in an after-tax account, you might have to take money out of a pre-tax IRA account, which would push you into the next tax bracket - say from 15% to 25%.   This means an additional $2,500 in Federal taxes to pay.  And this illustrates why, when you are retired, you should take out money from your IRA, even if you don't need it, if you can take out money without bumping yourself into the next bracket.   That money could then be set aside for big-ticket purchases.

But all that aside, paying cash usually comes out ahead over borrowing money.   You make more over time, and it is the most 100% safe "investment" you can make, with no risk of losing money, and no risk to your credit rating, either.

NOTE:  This analysis works for paying off existing debts or paying off or paying down mortgages as well.  However, there are "other factors" at work here as well.   For example, if you aggressively pay down your mortgage, that is a fine thing.  But if you fail to build up any savings at all, and you lose your job, you may find it hard to make the mortgage payment at all, and end up in foreclosure.

Thus, a balanced approach to savings and debt may make more sense - particularly when you are young and can afford to gamble (literally) on long-term high-yield investments.

But for old farts like me, it makes little sense to gamble on a possible return on the stock market, when I can get a guaranteed rate of return in paying off debt.
Newer Post Older Post Home