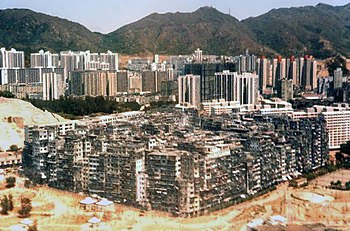 What if you could set aside an area for  people to live with no government and then see how they live and survive?


My previous posting on Libertarianism garnered two reactions.   First, there were those who agreed with it, and pointed out that any utopian scheme invariably fails, over time.

And this bears dissection.  Today, there are a host of people who are convinced that if we could  just change one thing in our society then everything would be so much better.   If we went on the gold standard, threw out immigrants, elected only Republicans (or Democrats), got rid of the Fed, released the alien hostages in Area 51, switch to solar power, installed trollies, build a high-speed rail network - whatever - we would be in Shangri-La and all our problems would be solved.  Sadly the world doesn't work that way.

A second response was that a true Libertarian society has not been properly tried yet, so it is too early to judge the success or failure of such an enterprise.  This, too, is an interesting argument that bears dissection as every proponent of every form of government imaginable makes this claim.  We are not a "true democracy" they say, so we can't judge the effectiveness of Democracy.   Communism never had a proper chance, as what was practiced in the Soviet Union and China, was not pure Marxist theory.  And so on, and so on.

However, for about 50 years after the end of World War II, there was an experimental, if you will, Libertarian paradise, just outside of Hong Kong, known as the Kowloon Walled City.   The area was governed by no government.  There were no building permits, no regulations, no utilities (or very few), no safety standards, no licensing of doctors or dentists, no food standards - nothing.

And it is interesting what happened there.   The area thrived, to be sure, but the standard of living was one step above squalor.   Residents had to work long hours and manual labor, just to have a small, airless room to live in, and a modest amount of food.   And for the first 30 years, drug gangs ran the place, exacting bribes from nearly everyone there, and doling out punishment to those who disobeyed them.

In other words, in the absence of a formal government, an informal government filled in the power vacuum.   And as might be expected, the form of government that filled in was the government of the strong and powerful, dominating the weak.  While this lawless city functioned, in a manner of speaking, the lifestyle that people "enjoyed" was mostly bleak.

It turns out that having some regulations and laws in place makes for better living.   Having sanitation codes prevents illness, and means your apartment isn't flooded by someone else's excrement.  It also means the water you drink won't kill you and neither will the foods you eat.   Regulations, it turns out, have a constructive use in our society.  They make our lives better.

Libertarianism is a dead-end, politically.  We already live in an age of deregulation where people can be "free" to squander their wealth and end up homeless and destitute.   We have removed the safeguards from our financial system, and then look on in wonderment when it collapses all around us, when we resort our basest instincts of greed and fear.

In short, we are about two steps away from the Kowloon Walled City as it is.   I am not sure we need to move any further toward this "utopia" of modern living.