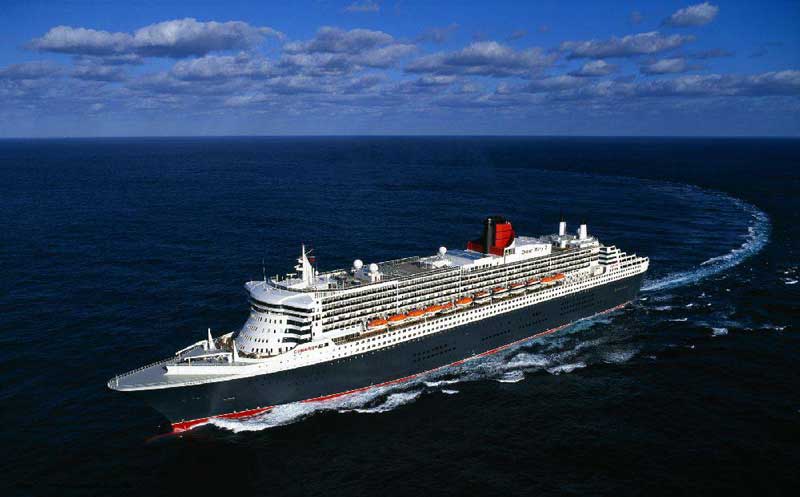 Cruises are all about selling status, not travel.

Viking River Cruises, the only cruise line endorsed by both Dr. Evil and Kim Jung Un, ("you really should go, it's breathtaking!" - Dr. Evil) now offers cruises in the Mediterranean.

What struck me as odd, is that in the brochure, they offer four classes of staterooms, each having a higher level of amenities and privileges.  The lower two classes are identical in size and shape, but offer different levels of privilege on and off the boat.

What they are selling, basically, is a place in line.   If you are willing to pay more, you may get a larger suite (or not) but you get to cut ahead in line, before all the hoi polloi and great unwashed who obviously are not as good as you are.

They create an artificial shortage, and then sell - at a premium - reserved seating.

There was something about this that struck me as odd.   After all, on a 900 passenger ship, getting on and off shouldn't be a major issue - not like the Allure of the seas with almost 9,000 people on board.

But it struck me that what they are selling is exactly what most people want - and that is to be able to have status, and more importantly, flaunt it before others.   People not only want to be allowed to cut in line, but to have others look on in envy at their VIP status.

It is like these nightclubs that have long lines behind velvet ropes.  These lines exist, so that the club goers who are allowed in can flaunt their status to an audience of hapless schmucks.

It raises a number of issues.   I can understand why people want to flaunt status before others.   It makes them feel important, powerful, and successful.   And having an audience to this, is essential.  Think about it, what good is status if no one knows you have it?   If a tree falls in the forest and no one is around to admire your bling, does it really matter?

And this applies to all kinds of status behavior, even belligerence.   If no one is around to hear your loud exhaust pipes, do you gun the engine anyway?   Probably not.

We all seek and crave status - just get over that part right now.   The real trick is to spot where marketers are appealing to your instinct for status, and realize that you are being sold a bill of goods - whether it is an "upgraded" hotel suite or new pipes for the Harley or the "LE" model car, or the gold trim package, or an overpriced watch, or whatever.  You can save yourself a lot of misery in life if you don't succumb to the siren song of status.    The Status-Seekers, as Vance Packard noted, will bankrupt themselves trying to put on the appearance of being rich.

OK, so we all know about this.   It is human nature and the powers-that-be will exploit our human weaknesses in every way imaginable, in order to pluck the last dollar from our wallet.  We get that.

What I don't get is, what about those people in line, behind the velvet rope?  They are as essential to this game as anything else.   Status doesn't exist when there are no people of lesser status to flaunt your apparent status to.  People need an audience for their lives or it is otherwise meaningless to them (unless you are a true hermit!).  That is why many parents secretly enjoy having a bounce-back child in the basement - they like having a perpetual audience for their lives  to lord over and always be superior to, wealthier than, and smarter than.   The perpetual child is an excellent audience, particularly when you have them trained to need your money.

But for the rest of us, such a scenario is not enjoyable at all.   Why would someone (like my brother did) stand in line behind a velvet rope, waiting to be let in to a nightclub that they will never be let in to?   Do some people apparently have a sick need to be submissive and to bow down before their betters?

Apparently, this is so.  I do not understand it, but I see it in every day life.   "Fans" of rock or rap singers will stand in line for hours (even days) to get tickets to the big event.   And they will prostrate before their idol, willing to do almost anything (or indeed, in the case of groupies, anything) for the chance to meet their God-like star.

In the UK, people go nuts over the Queen - standing in line for hours for a mere glimpse of a person who really has no real effect in their lives or has accomplished much of merit by herself.   Sometimes we do this with Presidents, although lately shouting them down seems more popular.

There is this need, I guess, in our psyche, to elevate others above ourselves to romanticize and idolize our heroes.    Likely this is a survival instinct, evolved over eons of evolution.   The society that cannot rise one member above all others, has no real leadership, and thus fails and dies off (likely killed off by another society).   We need our rock stars and American Idols, it seems, to lord over us.

But on a smaller scale, who wants to sit around waiting in line, only to see some badly dressed schmuck from New Jersey cut to the head of the line with their "diamond status" membership card?  We don't idolize these sorts of people - we find them petty and annoying.   And we find it annoying when we are placed in a situation where we are forced to sit or stand in line and be an audience to this sort of nonsense.

Increasingly, however, it seems our society is headed in this direction.   If you check into a large hotel, there is a separate line for "diamond guests."  If you rent a car, the "gold club" members get dropped off first - often in a special lot, with cars under a roof, with the renters name spelled out on a lighted sign (yes, I did this once, it was handy - but why not for everyone?).  And of course, on the airplane, you have to stand there like cattle, waiting to board, while the first class, business class, club card members, people with babies and special needs, and bomb-carrying terrorists are allowed to board first.

It seems like every aspect of our lives is being divided into a class system.  Buying gas?  Are you a frequent fueler member, or should you just go fuck yourself?   Buying groceries?  Do you have a club membership card?   Are you part of the elite?  The inner circle?  The Illuminati?

Let's face it, most of these "status" deals being sold to us plebes are a joke.   Really rich people own their own jets, and I see them fly over our plebe island on the way to rich people's island next door.  Really rich people have Bentleys, Rolls Royces, Ferraris, or Lamborghinis.   They don't tool around in a 3-series BMW or a C-class Mercedes.   Only middle-class schmucks who think they are "going places" own cars that hardly cost more than a Camry.

The really rich have their own yachts - they don't go "first class" on a lowly cruise ship.

Who are we kidding?   We buy the upgrade, or get "rewards points" so that we can have a diamond check-in experience (and a free copy of USA today!) but we are hardly the upper crust of society.

And maybe that is the problem with status, right there.   In America, there are a few very rich people, a few very poor people, and a whole lot of middle class people.   You can call them lower-middle-class or upper-middle-class or whatever, they are still middle class.   And by world standards, they are some of the wealthiest people on the planet.

But when they compare their lot to their neighbor, they don't see themselves as doing anything better or different.   So marketers sell us products to allow us to differentiate ourselves, to be different, to be better than other people - even if we are being "different" like everyone else.

Oh, well, that is a lot to get out of one cruise ship brochure.   While I like the idea of the river cruise, the idea that it would become this constant battling of classes aboard ship, seems draining to me.  Unless I am willing to buy the deluxe suite, I will have to stand in line behind everyone for meals, drinks, shore excursions and boarding and debarkation.

It is a lot cheaper and easier just to rent your own riverboat and drive it yourself.   You always have priority boarding and are first on the reservation list for meals.

But then again, maybe I am just sick of status at this point in my life.