Should Community College be FREE? Probably Not. 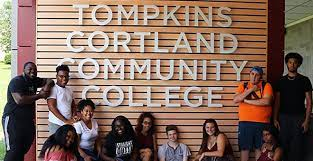 Good intentions can have unexpected consequences.


President Obama made a surprise announcement the other day - he wants to make Community College free for everyone.  At first this sounds like a great idea.  "That President Obama, always looking out for us little people!"   And maybe the intentions of this plan come from a good place.   But like Hillary's "Baby Bonds" proposal, maybe it wasn't thought all the way through.

Why would I be against such a plan?  I am not.   Just that "FREE" is not merely a price, as those idiots at Freakonomics tell us.   If you made Community College "FREE" then a lot of unexpected things would happen - and a lot of expected ones.

1.  Everyone Would Go to Community College:   Since Community College is now FREE, you might as well go there for FREE and get the first two years of college out of the way, for FREE.   Why pay $40,000 a year to go to State U and live in a dorm and puke up beer, when you can live with your parents and get Freshman English and all those other "non-major" choices out of the way?

Many students already do this, including my neighbor in Virginia.  Accepted to the Boston University, she could not afford the tuition.   So she went to a two-year school, got good grades and transferred in.  It is the two-year punt.   (Ironically, of course, her parents were one of the few people on our block not to sell their house to the developer who tore down the entire block to build mini-mansions.  He was offering $700,000 per house - for a house they paid $350,000 for, two years earlier.  They didn't have a lot of common sense).

But the point is, not only will this make Community College more "affordable" for poor people, but make it more attractive for many not poor people.  The middle-class will look at Community College he way Canadians look at their 13th year in High School, sort of a pre-college College.

2.  A Windfall for Community Colleges:   We already have an over-abundance of colleges in this country, and many smaller liberal arts colleges are already struggling to attract students.  Suddenly, you make Community College free - what does this do to the marketplace?

First of all, you will see a lot of Communities building or expanding Community Colleges.  Demand will go up and when demand goes up, prices go up.   But Community College is "free" so how do you raise prices?  Well, it means the government will pay more for these Community Colleges, who will be free to raise the price they charge governments - who in turn will have to control costs aggressively.

Moreover, the students, not valuing things that are "Free" will not take Community College as seriously as they should.   Hey, if you flunk out, you can always go to another Community College, right?   I mean, how would that work,  do you get one free degree, or as many as you want?   I am not clear as to how the President's plan would work.

One thing is certain, though, when you give things away for free, people do not cherish them.   Section-8 housing or public housing gets trashed, simply because it is "free" or at a very reduced cost.   Community College would fall into the same pattern.

And employers and others in the marketplace would value a Community College degree in a similar manner.   No longer would an Associate in Applied Sciences degree be considered to be worth much - it would become the new High School diploma - or worse, a GED.   When something is "free" it has no value.

4.  How Would This Affect Regular Colleges?   As I noted, my neighbor went to a two-years school and then transferred to a four-year college, to save money.   The four-year colleges often allow this (as they did for me) as they need warm butts to fill the seats in the upper classes.  As many as 1/3 of all students drop out in their Freshman and Sophomore years.

Now, what happens when everyone tries this stunt and the giant auditorium classes at Private University are no longer filled to capacity with Freshmen?   These are real profit-makers for Colleges and Universities, and they won't be happy when you take away all their customers.   This is a huge unintended consequence when you distort the marketplace by making something "free".

So colleges might not grant as many credits to someone with a two-year degree, if they allow them to transfer at all.   The rules of the game have been changed, and Colleges and Universities will not take this laying down.

Moreover, to recover their lost income, they will have to raise tuition even further.   So now we are back where we started - with a "real" College degree being financially unaffordable for even more people.

5.  Who the Heck is Going to Pay For This?   That is the big question.   If we take the entire budget  of your local Community College and foist it off onto the taxpayers, it adds a huge burden to the already stretched budgets of Cities, Counties, States and the Federal Government.   It is a nice thought, to make Community College free, but figuring out who will pay for it is another matter entirely.

And the costs can and will escalate dramatically.   Struggling small colleges may try to re-make themselves as "Community Colleges" and many Communities without a College will build one - why not?  Uncle Sugar is handing out the money.

In other words, it will create a financial boondoggle of unprecedented proportions.

6. Well High School is Free, Why Not Community College?   And that argument points out the problem I pointed out in #5 above.   High School is free - to attend, of course.  But in many parts of the country, we are finding out that High School is getting to be very, very costly.  Taxpayers are being socked with $10,000 property tax bills on very plebeian homes.   Schoolteachers are taking home six-figure salaries and retiring (at an early age) with six-figure pensions.   New York has passed a cap on property tax as a result (which is more of a band-aid).   Wisconsin was nearly torn apart, politically, as the teacher's unions went after the Governor when he suggested that perhaps government employees shouldn't be allowed to strike - and thus blackmail taxpayers into giving them raises.

Certainly there is another "winner" in this proposal, and that is the government employee unions and teacher unions, who will benefit from "Free Community College".   Like I said, if this plan was implemented, Community Colleges would have to expand rapidly, which would lead to a higher demand for workers, who could then strike (and would strike) for higher wages.

Taxes would then increase even more, and things would not get better, but worse in the tax department.

So why does President Obama squander political capital on stunts like this?   For one news cycle, pundits will talk about this idea, and when it goes nowhere, people will forget about it.  He would have been far better off putting together a deal behind the scenes, to expand scholarships for poor students, or to achieve some sort of compromise legislation with the GOP-controlled Congress.  Instead he gives grand-standing speeches touting impractical ideas that have no hope of ever seeing the light of day.

Not only is it wasteful of his political capital, it is cruel as it raises people's expectations which will surely be dashed.   Kids today already are convinced that Student Loan Reform is just around the corner - President Obama said so!   But like Free Community College, it has to get past Congress, and I just don't see either idea - in any meaningful form - passing.

Republicans are going to vote student loan debt forgiveness?   I just don't see that happening.   Maybe if we pumped both chambers of Congress full of marijuana smoke, I suppose it could happen.

So What's the Solution?   It is a good idea to encourage people to go to two-year colleges and Community Colleges.   However, making them "free" only serves to further make the Community College degree perceived as a joke.  Nobody values anything that is "Free" and even the students would be less inclined to study hard at something that is perceived as an extension of High School.   Plus, we simply cannot afford the tax burden.

A better approach might be to provide subsidies to those students who cannot afford Community College - and do this on a needs-tested basis.  And an idea like that at least has a shot of getting past a GOP-controlled Congress,which would be loathe to pass anything that would increase taxes or increase the deficit (defense spending exempted, of course!).

So, I am more than a little disappointed in President Obama.   Instead of real leadership, he is grandstanding a bit here - promising freebies to the plebes, like some kind of Santa Claus.   And he knows, even as he says these things, that they have no chance of ever being enacted, at least not in the current Congress, who will be sitting throughout the remainder of his term.

President Obama is in a bad position - having a hostile Congress for his second term, and in particular, for the last two years of his term.   But then again, this illustrates a pattern we see in politics.  Whenever one party takes both houses of Congress and the White House, they fail to consolidate their gains, and end up squandering their advantage with internal bickering.   Pretty soon, they lose one or both houses of Congress, and their ability to enact real change is stymied.   And Presidents are reduced to making pretty speeches, but doing little else of real consequence.

I guess that is why they call them "Lame Ducks" - and Free Community College is a really lame idea.
UPDATE:  I suppose if this went through, every "regular" four-year college or university would open up a community college for freshmen and sophomores, so the government would pay them.  After two years, you''d get an Associate's degree and then "transfer" to the main campus.  I did this at S.U. as their "night school" (continuing adult education) allowed you a back-door to admissions.
The joke was, of course, that the "night school" classes were just the same classes that "full-time" students also took.  Half my "night school" classes were populated with full-time students.  Ditto for law school.
So Obama's proposal of free community college was interesting, but it just wouldn't work out well - too many "what ifs" involved.  And as it turned out, it wasn't politically viable, either!