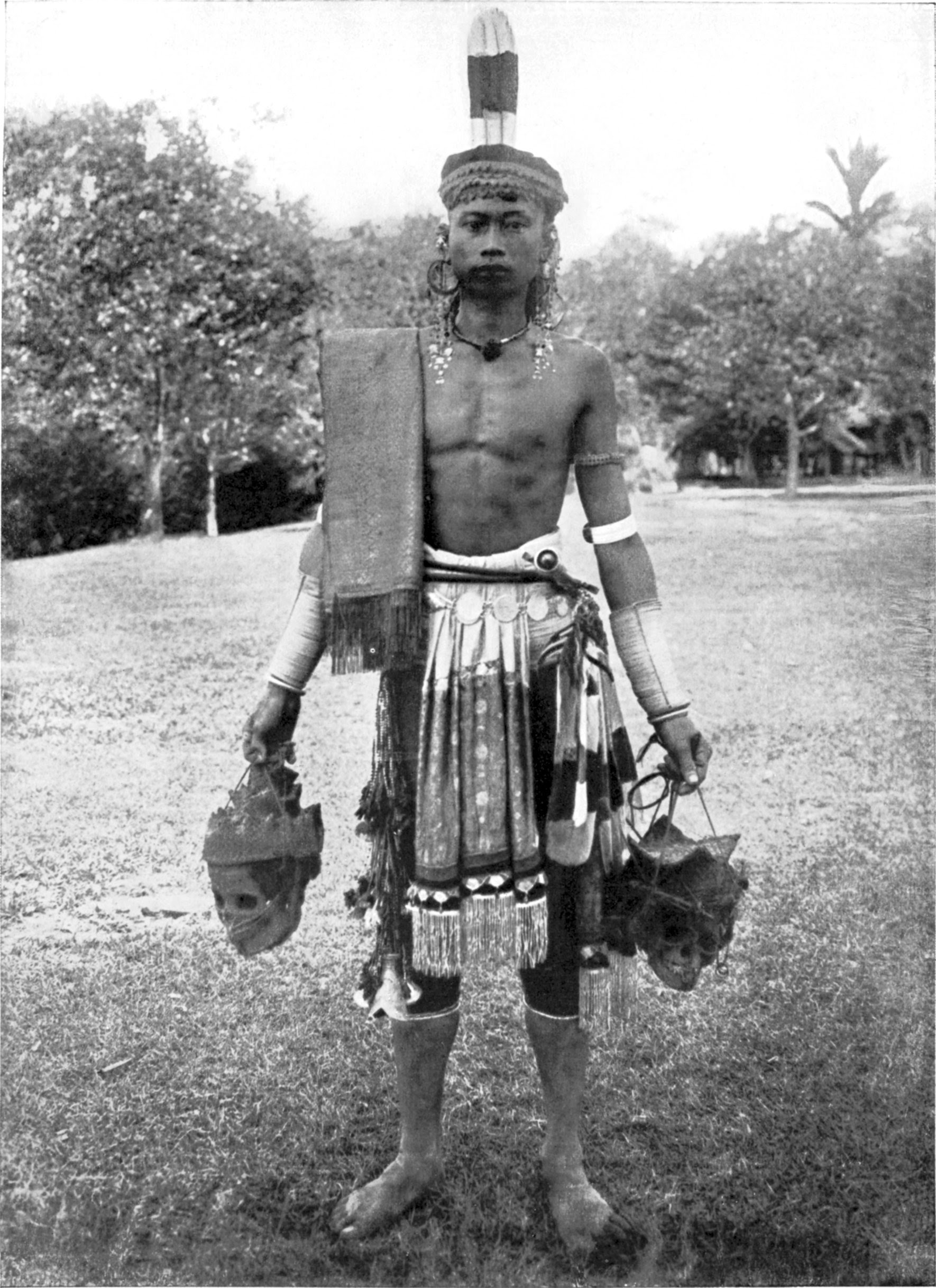 Headhunters are sometimes used to match job openings with candidates.  Are they worthwhile?


Most folks in the world never encounter a headhunter - either the native kind, or the professional kind.  But in a few lucky professions, the demand for candidates for jobs is so high that companies actually hire folks to "headhunt" for them - to find prospective employees.

Temp agencies, which I wrote about before, are a different bird, although slightly related.   Temp agencies often fill-in needs for employment by finding personnel on a short-term basis.  They are related in that in some instances, a position filled by a temp agency may become a permanent position, and some companies use temp agencies as a way of testing out workers.   They are also related in that if hired full-time, the temp agency often gets a commission, just as a headhunter would.

How do headhunters work?   Well, if a field has a high demand for skilled workers - and the supply is short - the headhunter will go out and try to find qualified people in the field.   They then present these candidates to the employer.   If hired, the headhunter gets a percentage of the first year's salary - sometimes as much as one-third, although usually far less than that.   This is, of course, a lot of money to pay, just to get a qualified candidate.

Is going through a headhunter worthwhile?   I have to say, in my experience, probably not.   To some extent, the headhunter tries to "sell" you to a firm or company, and thus hypes your experience and qualifications.   When these expectations meet reality, the employer may be less than enthused.

And since the employer has paid so dearly to obtain you as an employee, they may be less inclined to offer any raises, for at least a few years, to recoup their headhunter costs.  In order to get you to hire on, they pay a high salary from the get-go, plus the headhunter fees.  Once you are working there, incentive to pay you even more may be less.

I mentioned briefly in another posting that headhunters really don't care about whether they get the right person for the job, so much as they get paid.  And as a result, they will encourage you to take a job with a company that may not be a good match for you - and you may not be a good match for the company.  So, even if you get the job, you may find that you don't like it, and the company doesn't like you.  The headhunter gets paid either way.

Headhunters can be real time-wasters, too.   As this Forbes article notes, very few of them really offer career advice, interview advice, or any other helpful information that will land you a job.  Oftentimes, they just want to get your resume into their "stable" of candidates, so they can present you as part of a portfolio of prospective employees - making it appear they have extensive resources.  If you don't get the job, they won't tell you why - because they may have just thrown you into the mix to pad out the selection, knowing you were not qualified to begin with.

I regularly get newsletters and e-mails from headhunters, and for the most part, I toss them in the trash.  Why?  Well, just as the headhunter may "hype" your qualifications to a prospective employer, they will also "hype" the job descriptions in their listings, to get you to sign on.   Someone is hiring an attorney for $250,000 a year!  Work from Home!  High-tech company!  Stock options!   Sounds too good to be true?  It probably is.  They can "pad out" their list of prospective jobs with overstated or just plain fake listings, and you have no way of knowing.

You see, in order to be considered for these jobs, you have to sign an agreement with them, and they present you to the company, often without your knowing who or where the company is.   They don't want to tell you up-front for the simple reason that you would just apply directly, if you knew in advance.

If you are an employer, and have a job opening, and you have two resumes on your desk - one from an individual and one from a headhunter, who are you going to hire?

The individual is looking for a job and wants to be hired.  He likely will work for less money, and of course, incurs no headhunter fee of 20% or more.

The headhunter candidate has to be lured away from another job and that means paying him more money than he is already making.  And if he is unhappy with his current job, maybe there are issues there.   And of course, there is the headhunter fee.   And since he is being paid so much and going through a headhunter, that you are the one lucky to have him and not vice-versa.

My experience with headhunters has been limited.   I've gotten the newsletters and e-mails over the years and responded to some of them.   For the most part, what they are looking for is younger people, willing to work long hours for not a lot of money.   Or they want a senior litigator with a $5M annual billing portfolio.  Often the expectations of employers are unrealistic, which is why they use headhunters.

I did take one job though a headhunter, and it was a disaster.   I got a cold call from a headhunter saying that a local firm was starting an IP shop and wanted someone to come on board to help set it up.  I went to interview with them and it seemed like a good opportunity.  They needed help setting up a Patent practice, and there were clients galore and they offered a six-figure salary.

When I got there, though, the place was a mess.  The docketing system was in total disarray, and the billing system (typical of a big law firm) was totally unsuited to a Patent practice.  There were no procedures in place to docket cases, send follow-up letters, reminders, or anything.  The fellow I was working for had never really had a large Patent prosecution practice.  We set up a new docketing system that automatically generated client letters and Patent forms and got the docketing and file systems in shape.

But about a month later, the fellow who hired me, quit.  He went to a start-up company and left his own practice in disarray.  He hadn't invoiced any clients or even filled out any timesheets in months, and most cases were unbilled or billed incorrectly.   It was a nightmare to straighten out.  And I realized that he had planned his departure and brought me in to take his place - and clean up his messes.   The results were predictable - angry clients, a tangle of bills, angry partners - and me caught in the middle as the fall guy.  I quickly got out.

And I quickly realized that having a "job" was not an end in and of itself  - at least for me.   Most folks base their self-worth on their job and how much they make at it.   When you go to a cocktail party in a big city, the first thing people ask is "what do you do?" not "how do you do?"   People want to know what you do for a living, how much money you make, and whether you can be of any use to them in networking.   It is a shallow existence, to say the least.

Should you use a headhunter?   Well, today the question is moot, for most of us.  Even "hot" fields are now flooded with qualified candidates, and very few of us are in a position where there are more employers than employees.

For large corporations who are seeking out a new CEO or whatever, headhunters are, of course, the norm.  You often "poach" talent from other companies that way.   But for lower-level employees like the IT guy or some in-house attorney?   It seems less likely that a headhunter can find you a good candidate that you could by simply advertising the position.  And for the employee, I suspect the same is true as well.

There was a gag line in "The Simpsons" where Marge goes to work for "Red Blazer Realty" and becomes disillusioned when they pressure her to sell houses at any cost.   The manager of the company explains to Marge, the company's motto.  "When we say we sell 'the right house to the right person!' the 'right house' is the house you are standing in front of, and the 'right person' is the one you are talking to!"

And in a way, headhunters work the same way.  They will tell you that the place they want you to interview with is "the right place" for you, and they tell the employer that you are the "right person" for the job.   The reality is, of course, they want to get a commission, and they don't get commissions by telling people that maybe this company isn't for them, or telling companies that maybe this employee isn't a good fit.

In other words, the headhunter is looking out for themselves, not you, and not the company you are working for.