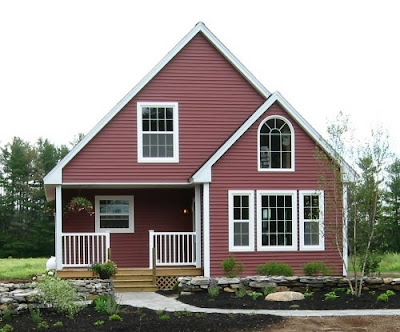 A home appraisal might give you false confidence in the value of your home.  Market values only indicate what the market will pay - at the given time - and not the underlying value of the home.


In an earlier posting, I beat the idea of Appraisals to death.   In re-reading it, it is a good article, which sets forth how appraisals are made, based on my experience as a landlord for commercial and residential real estate.

The article failed to address how specious appraisals can be - or perhaps that idea was buried in the details of the article.

Simply stated, most residential properties are appraised based on Market Value and not Construction Cost or Income Model.   The latter two models are far more effective to the consumer in understanding whether or not a home is overpriced.

During the height of the Real Estate bubble, it was not hard to get a house to appraise, as other houses in the area were similarly overpriced, so getting "comps" showing a house that sold for $250,000 in 2000 is now worth $650,000 in 2007, was not hard to do.   Such appraisals mean nothing, other than what other idiots were willing to pay.

And indeed, during the Real Estate Debacle, there were con-artists committing Mortgage Fraud, which I wrote about before, and using crooked appraisers (or even legit ones) to come in with these sky-high appraisals.

So you buy the home, thinking it is rationally priced, because an expert told you so, and then the market goes South and you are screwed.   Some folks actually took this out on the appraiser - and tried to sue them!  But of course it was not their fault.

If you are buying a home (house, condo, townhouse, whatever) it pays to analyze the deal from both the economic perspective as well as construction costs.   Now, such an appraisal, usually used for Commercial loans, could cost $1000 or more.  However, you can figure these things out on your own, using a pencil and paper.

For the economic model, it is not hard to figure out.   Get an idea what market rents are for similar properties in the area.   Then calculate what you are going to pay in mortgage, insurance, taxes, and upkeep for the same property.   If the two numbers are similar (+/- 10% or so) then you are in the ballpark.   If the cost of owning is less than renting then you have a nobrainer deal - you can rent the place for a positive cash-flow right away.

If the cost of owning is slightly more, the market may be a bit ahead of itself, and within a few years, you will be breaking even if not coming out ahead.   Plus, you have tax advantages and are paying down a mortgage, so you have to factor that in.   Also, calculations are never exact, and numbers can change, so a factor of 10% is probably not that bad.

In the height of the Real Estate Madness of 2007, however, these numbers were not off by a mere 10%.   In some markets, it could cost twice as much to own as rent.   We looked at houses which would have a carrying cost of $3000 a month or more, while the tenants next door were renting for a mere $1500 including utilities.   Why pay twice as much to own as to rent?

The other economic model you can use is to assume you paid cash for the house - would the rental income make the investment worthwhile?   For example, assume you paid $200,000 cash for a house and the net rental income (after taxes, insurance, maintenance, vacancy, etc.) was $1000 a month.   That's $12,000 a year.  That's a rate of return on your investment of 6% which would be fantastic.   With appreciation in the property and tax deductions, you would be making out very well.

But suppose the return was less than that?   Or worse, it was negative?  With condo fees and property taxes, it is possible to do!  You laugh, but friends of mine bought houses at the height of the market and didn't bother renting them out as they felt they would make money on appreciation.   They felt that they would lose money renting anyway, so why bother?  Of course, this meant they lost even more money.

But more to the point - if they were losing money on a rental property, who in their right mind would pay even more for it to lose even more money?   The appreciation they hoped to get, of course, never materialized.

The Construction Cost model is also useful in analyzing a housing sale - or construction.   You can find out what costs are like, per square foot, in your area, as well as the value of the underlying land.  Add up the cost of the building and the cost of the land, and you have the "value" of the property.  Rarely is this anywhere near what the asking price is.

In most markets, housing prices are more than construction costs, as builders don't build unless they can sell a house for more than it cost them to build it.   And by the way, this is one reason why building your own home can be a big mistake - the builders want to make a profit, so the charge more for their services to a homeowner than they actually cost.  They get their profit either way.

And in some markets, like Central New York, where demand is down, the cost of building a house may exceed its resale market value if you built it yourself (i.e., hire a builder, as opposed to buying a pre-built home).   You spend $400,000 on a home and as soon as it is finished, it is worth $300,000.

Again, a small discrepancy (10-20%) between construction cost and appraised value - in either direction - is not great cause for concern.  But when appraised values are double construction costs you have something to worry about.  Why is this?  Well, builders build when there is a lot of money to be made.  So if you can double your money by building and selling homes, you build like crazy - and hope to sell them all before demand peters out.

The problem is, in such a market, everyone builds, and they tend to overbuild.  In South Florida, everyone threw up housing developments and condo towers, and they all hit the market at once - flooding the market with thousands of homes and condos, just as demand was petering out.   The resultant crash was twice as bad, as now you could buy a brand-new house for nothing - which in turn dropped the values of other homes.

Supply and Demand still rule the market.   Now some folks would argue, "Well, there is no place left to build!  So supply will always be low and demand high!"  And I heard that argument in South Florida (whose buildable portion is limited by the ocean in the East and the vast Everglades in the West) and in Washington DC (where horrific traffic limits the distance you can readily commute) to Vancouver, BC (because it is basically an island).

But in every instance, builders find places to build.  I sold my house to a builder who tore it down and built two new homes.  He bought a dozen homes and put up 24.   Such "in-fill" is not hard to do, once you stop thinking of such-and-such as a "bad neighborhood" instead of a "building lot".   When I moved to Alexandria, VA, the entire Eisenhower Avenue area was weeds and old lumber yards and abandoned buildings.  Today, it is ten miles of mid-rise developments, townhomes, condos, and whatnot.   Thousands and thousands of new homes, in an area many felt was "built out".

And next month, our condo association there votes to tear down 22 acres of rundown garden apartments in favor of mid-rise development.   The population density will triple or quadruple.

Of course, when the market tanks, the folks who built the furthest out will suffer.  Folks in Woodbridge Virginia took it on the chin, as did the condo developers in Jersey City, New Jersey.  Both will bounce back, but not as quickly as those closer in.

The point is, don't believe the "happy talk" that you may hear that supply is limited in your area, and that demand will keep going up and up and up.  It rarely works that way.  If nothing else, it becomes too expensive to live in City X and people pick up and move to City Y (where X= Silicon Valley and Y=Austin Texas, or Boulder Colorado).   A lot of businesses are not so married to a specific location, and a lower cost of living is often a bigger attraction to employees than living in the big city.

Today in the US, housing prices have bounced back, somewhat.  In some markets, such as in Florida, they are not back to the levels seen at the peak - and likely will not see those levels for years, if not decades.   And the reason is simple - if you look at the economic model or construction cost models, you realize the housing was drastically overpriced back in 2007, while today, they are more rationally priced.