When to Unload a Car, Part II. 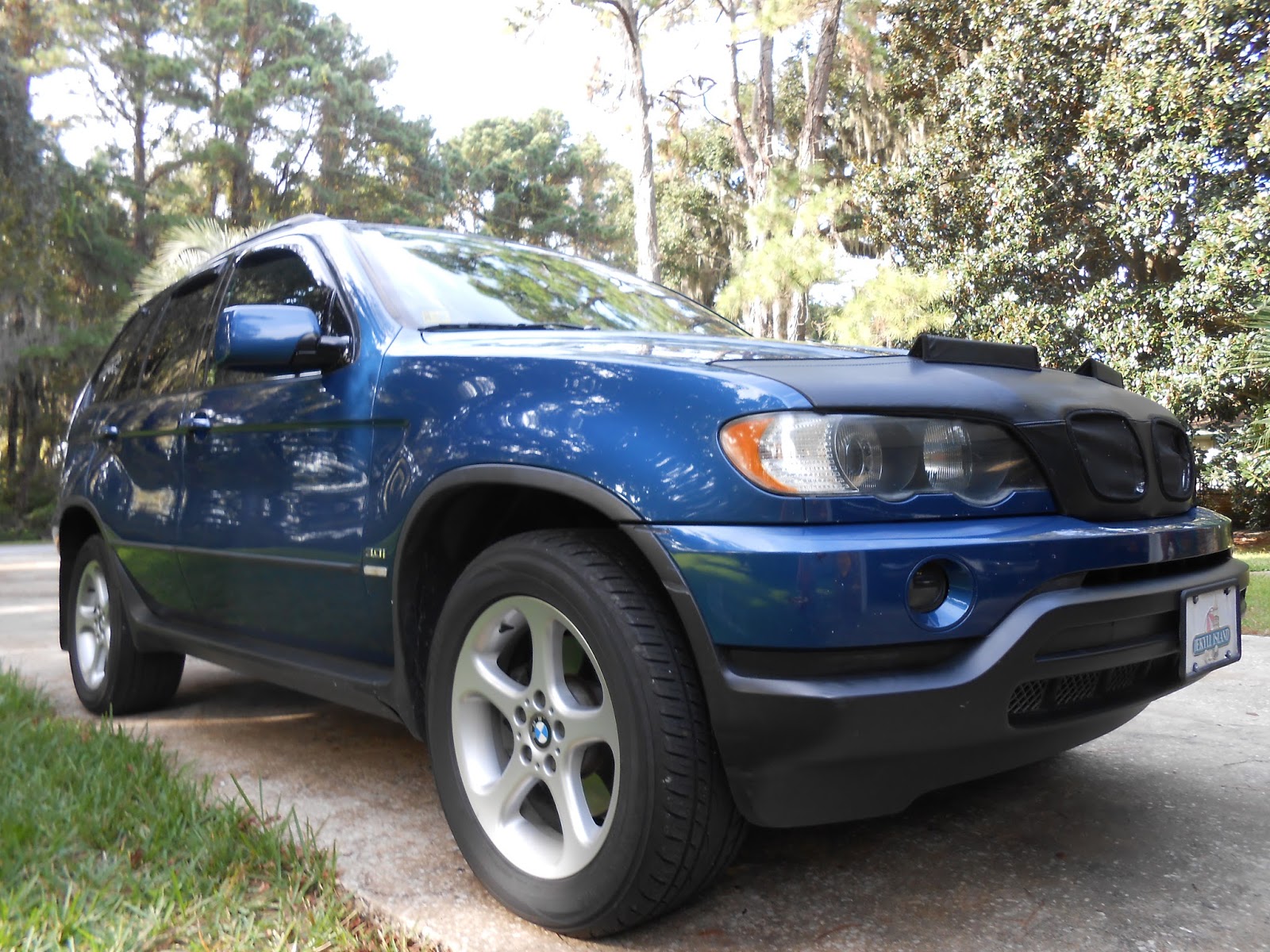 There is a sweet spot of car ownership where the costs are the lowest, hassle factor is the least, and reliability is the highest.

Regarding your argument that past a certain point that maintenance expenses will exceed the value of the car, while I agree for the most part, the question that dogs me is this: will it cost more to replace the car versus the cost of buying, for example, a new set of snow tires (a necessity up here in Ontario). In other words, when I consider the cost of buying another vehicle (cash, meaning that I lose the investment potential of that money*, or I have to sell something, or spend some of my dividends), would it be cheaper and more financially prudent to take the hit of the expense being greater than the value of the car?

When to get rid of a car, as I noted in a previous posting, is a complicated question and an individual one.

Read my article on the Weibull curve:

In any engineering system, there comes a point where maintenance costs exceed the cost of replacement. repair costs escalate quickly, to the point where replacement is a cheaper and more reliable option than repair.   And that is why 99% of automobiles ever made have gone to the crusher.

The problem for the car owner is that these costs come incrementally.   A new timing belt, for example.   A fairly simple repair, unless it took out the valves when it broke.  OK, it is cheaper to fix than to replace.  But then it needs new ball joints and struts.   And then tires and brakes.   And then the transmission.  Or some sort of major engine trouble, like variable valve timing issues.  Or just a string of small annoying repairs like batteries, oxygen sensors, fuel injectors, coils, spark plugs, and the numerous electronic sensors a fuel injected engine requires.   Individually, not expensive.  Cumulatively, more than the car is worth.

The problem is, many folks continue down the road of throwing a lot of money at an end-of-life car, AND THEN realize it is costing them a lot of money and throw in the towel and buy a newer car.

It is cheaper to realize when end-of-life is imminent, and then trade or sell before that point.

Why?  Because before the car is a broken-down piece of junk, you may realize some cash for it, and moreover find it easier to sell.  Once the engine is seized or it has a lot of major mechanical or electrical issues (or a host of minor issues), you either have to give it away or hope some chump comes along and buys it.

How can you tell this is happening?

2.  Not many of that year make and model seen on the road anymore.

3.  Ironically, many parts become very cheap, as parts makers try to unload their inventory on a shrinking market.

4.  You see a lot of the same year, make, and model being junked not for wrecks, but because some major component fails and they aren't worth fixing.

7.  When the car no longer meets your needs.  Real needs, not imagined ones.

I had replaced the front axle shafts, struts, wheel bearings, and brakes.   Since I did this myself, it cost only $1000 or so in parts.  But if I had to go to a mechanic, it would have cost thousands.  I realized then that four-wheel-drive was just an annoying pain in the ass, really, and that SUVs were really impractical vehicles, in terms of "utility" - which is supposed to be their forte.  I also started to realize that "upscale" brand cars can be very expensive to own, both in terms of depreciation and repair costs.

It was on the original clutch.  A replacement clutch was an astounding $500 just for the parts.   Labor would been $2000 more.  And although I have done clutch jobs in the past, it is difficult and messy work, and I wasn't about to do it (bench-pressing transmissions is no longer my thing).

Every trip we took resulted in some breakdown and repair.   A coolant tank leak.  A blown ignition coil.  That sort of thing.   Although I could fix these myself, they became a little unnerving and annoying.

I looked around and saw that not many of these cars went over 200,000 miles.  Most went to the junkyard at about 180,000 to 200,000 miles, with every body panel intact, but with a blown transmission or engine problem whose cost would exceed resale value.  When I looked at the inventory at the local pick-n-pull, most were in pristine condition - outside.    And tellingly, I saw fewer and fewer going down the road.

It was not that they weren't reliable cars (indeed, the 3.0 inline six was indestructible) only that over time, they would need repairs, and since parts and particularly skilled labor was expensive, they became less and less desirable to own, and thus the resale vales plummeted.  People who aren't handy with tools get skinned by cars like these, as a friend of mine with a nice Boston Green example did (taking it to a mechanic for every small repair, and paying over $1000 every time).

As I noted in my article, the junker can be cost-effective (in an insane sort of way) if you can do your own repairs and use it only to drive around your locality (where being stranded is not a major issue).  But for most folks, it is not a viable option.  And even for the home shade-tree mechanic, it ends up being a real time-bandit.  As one friend of mine noted, when selling his BMW for a Japanese car, "I'm tired of owning a car that requires my constant intervention!"

The best bet is to own a car in the middle of the Weibull curve - after the warranty repairs are over, and the big depreciation is over, and before the big repairs kick in.

I am facing this decision again, with the M Roadster.   It will go on eBay shortly, once I put a new battery in it.   It is in good shape and should fetch $8000 to $12,000 (from its $44,000 list price, paid by the original owner!).   But at 16 years and 50,000 miles, it will need a few things down the road, including new tires ($1500 or more, for the staggered set) perhaps brakes, fluid changes (transmission, differential) and yet another brake flush and radiator flush.

It does weird electrical things, like set off the airbag light if the connection to the seat switch are jarred in any way.   I replaced one seatbelt assembly and wire-tied the harness and the problem seems to have gone away - for now.

But item #7 is the big reason:  It simply doesn't fit our lifestyle anymore.   I drove it around the island yesterday.  Our speed limit is 35 mph.  I felt like I had a tiger on a leash.  The car wants to run, and corner, and go fast.  There is no where around here I can drive it the way it was intended to be driven.  It seats only two.  You can't put even a bag of groceries or a suitcase in the trunk.   It is a fun car for a younger person or as a hobby car.  But it is not practical for long trips (particularly with no spare tire!) or even for commuting to work.   It is loud and raw and a riot to drive.  But sometimes you just want a four-door with a hatch and air conditioned seats and a radio you can hear over the tire noise and exhaust note.   I am getting old, and it is time to move on.

Sure,  I could keep it, and then leave the truck parked outside.  We'd never drive it, as it would mean having to move one vehicle to get at the other.   No thanks.  And yes, the insurance would "only" cost $35 a month or so.   But there are real costs in keeping a car, and while it has held its value better than most cars, it still would depreciate further, the longer we decided to keep it.   Maybe in 30 years it will be a collectible.   I'll be dead then.

A similar thing happened to a friend of mine who bought a used Corvette.   At the time, he thought it would fit his needs, but he failed to take into account that he was getting older and that getting in and out of a car like that can take a winch.    And in addition, low-slung sports cars can be a pain to drive as you can't see where the car ends and the world begins.  Unfortunately, he didn't realize that until after he bought it, and it illustrates why you have to think carefully of your needs before pulling the trigger on a car purchase.

Note that this is different from the fact scenario that our young friend presented in my earlier posting.  He wanted to "upgrade" to an SUV or small pickup, as he felt that it was impossible to load a child into the back seat of a Camry.   No doubt this is aggravated by their perceived desire to own the world's largest stroller (I have to write about THAT someday!) as well as more paraphernalia and baby junk that somehow our parents managed to do without.

A four-wheel-drive SUV sounds like fun until you realize that it will never, ever go off-road, it has little usable interior room, and doubles your gasoline expenses.   And when it gets older and you need new CV joints, you start to appreciate why having only two driven wheels can be a blessing.

The sad fact is, of course, that most SUVs, with the rear seat folded up, have very little cargo space.   A Camry has more cargo room in the trunk than our X5 did with the back seat folded up.   An SUV really isn't an "upgrade" in terms of roominess.   And I learned that when the local car rental agency rented me an Expedition in place of the minivan I had requested.   Although far larger and getting horrific gas mileage, it was a poor choice for hauling four adults and two kids and all their gear.

But of course, our young friend wouldn't dream of buying a mini-van, would he?  His wife would be mocked by all the other soccer mommies when she pulls up at the Starbucks in a minivan, right?

You laugh, but people think like this - like cattle or sheep.  We once went to an antique mall in Atlanta, and nearby was an upscale pre-school (irony alert). Parked outside was a line of black Suburbans and Tahoe's, each with a number on it (for their parking spot).  It looked like the secret service was escorting Obama.  But behind the wheel of each lumbering SUV was a blond-dyed soccer mom, waiting to pick up their precious tots - each driving an identical vehicle (or as we say in Georgia, "VEE-HICK-EL").  None dared break away from the norm by purchasing a station wagon or mini-van.   It was kind of scary, and reminded me of the Stepford Wives.  Each had a Starbucks cup, of course.

But that's the thing, isn't it?  We all buy things because we perceive that others like us have similar things, and we want to fit on.   So a young couple happy three years ago with a Corolla, now sees a desperate need to "upgrade" now that they have kids and their social group has different values.  If they can endure the mockery of their peers for a few more years, and ride around in the Camry, they can save an awful lot of money.   But when the Camry hits 150,000 miles, well, it may be time to trade it in, even if the car will go on further under someone else's stewardship.
Newer Post Older Post Home