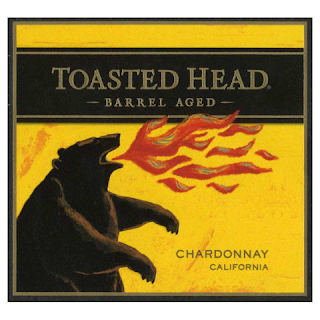 Are we seeing a bear market or just a correction?


Since I left for vacation, I was chagrined to see that I have lost tens of thousands of dollars in my investments.  Of course, this sounds more dire than it is.  I gained hundreds of thousands of dollars over the last six years.  However, those were very slow gains over long periods of time, so we don't tend to remember them.  Bear markets, however, can be more sudden, so we notice losses and not gains.

And we see this effect among the ignorati of the world.   You talk to the average Joe in the USA and he will tell you that Obama has destroyed the economy and that the stock market has been down since he took office.   The reality is, of course, that the market has nearly doubled in value since his inauguration and all indices (jobs, inflation, housing prices, etc.) have improved since then.

The media makes a lot of hay that job growth isn't as large as it should be - neglecting to notice that we are having job growth.   They also focus on the number of people not working - as if the mass retirement of the baby-boomer generation was some weird unpredictable event.

Am I worried about the market?  Well, it would be nice not to have lost enough money to buy a nice car - or two.  But as I noted before, once you have assets, seeing them vary in value is part of the deal, and the more you have, the more the variation will be.  When I had $100,000 in my IRA, losing $5000 in value was a big deal.   Today it is background noise.

Should I be concerned about China or Syria, or the EU or whatever?   I suppose so.  But then again, the China boom was, from the outset, unsustainable.  The Chinese are making more money, so their costs are going up.  They are no longer the dominate powerhouse of cheap labor they used to be (as Japan was in the 1960's and Korea was in the 1980's).  China's economy is maturing, and their government's attempts to control it will no doubt backfire.

We sure are good at whining and moaning.   It seems we are never happy - at least the way the nightly nooze reports it.

But like so many other setbacks, we will see this one in the rear-view mirror in the not-too-distant future.  Even the crash of 2009 is now just a memory.  People, as we learned, will keep on buying cars and smoking cigarettes and burning gas and eating food, just as they always do, regardless of whether the DJIA is up or down.

Of course, since I have diversified investments, perhaps stock market shocks are less of a concern to me.   A big chunk of my portfolio is in real estate (home and investment property) and these have gone up in value (slightly) while the market has gone down.  Moreover, since I don't have a mortgage monkey on my back, I don't have to worry where the next mortgage payment is coming from.

My "financial adviser" of course, told me to invest it all in stocks and keep the mortgage.   If I had followed his advice, I would be looking at a six-figure loss to my portfolio right about now.

Bear markets are to be expected.  It is the pattern of Wall Street, not some weird anomaly.  And much of it is based on fear and emotion.  When the shenanigans at VW were revealed, the stock price rightly dropped by nearly half.   This is to be expected and is a rational response to a major hit to the company's reputation as well as the potential for fines and litigation.

But what was weird was that the share prices of BMW and Mercedes also dropped, albeit by a smaller value.  There is no evidence to suggest these companies were anyway involved in wrongdoing, and indeed, the BMW X5 diesel passed the same emissions tests flunked by VW, with flying colors.  But markets are not always rational and some investors decided to slam all German automakers across the board.

Am I worried about my BMW stock?  Well since I bought it long ago and paid a lot less for it, it is still worth far more than I paid for it.  And it continues to pay a ripping good dividend, too.  So no, I won't be panic-selling the stock.  And from what I see here in Phoenix, there are still a lot of people in big cities who feel the need to impress others with what they drive.   The company will do well for some time to come.

Basing investment decisions and fear, greed, and the media is a really bad idea.   Who knows where this bear market will go.  One thing is for sure, being reactionary isn't a good idea.

UPDATE:  October 5, 2015  The Correction continues to correct - upwards.   This is the nature of the market, it overshoots low and high, much like an unstable control system (think: poorly adjusted thermostat).   And this is due to human emotion and frailty.   Was the market over-valued?  A bit, perhaps.  Did the market over-react to bad economic news?  It appears so.

But what is really important to realize is that downturns in the market, which are often sudden, are always front page news.  But slow gains over time never make the headlines.    And over the last week, we are seeing slow gains which are erasing some of the downturn.   Does this mean the worst is over?  Maybe, maybe not.  Predicting human behavior and markets is harder than trying to predict the weather.

But don't be stampeded by the news media.  They love to report bad news, but seldom if ever, report good news.
UPDATE: October 10, 2015  The correction continues to correct - upwards.  But you don't hear about this in the media, only how bad Q3 was in 2015.    At this rate, the correction may be corrected within a few weeks or so, once the initial panic subsides.
Newer Post Older Post Home