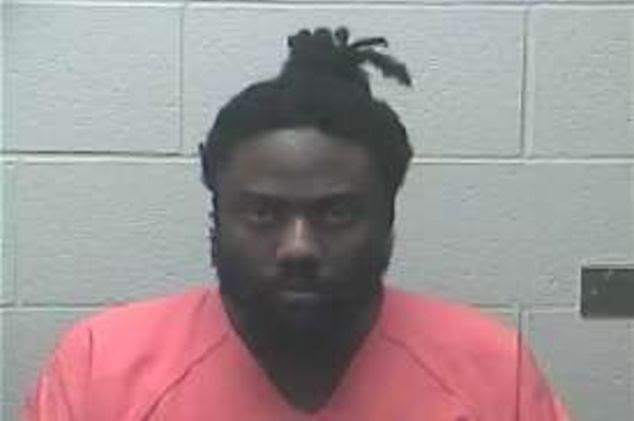 On Thanksgiving, something to be thankful for!
This guy is in jail - for 20 years!


A federal judge in North Dakota sentenced a Jamaican man to 20 years in prison on Tuesday for a lottery scam that authorities say cost victims around the country millions of dollars.

A jury in May convicted 26-year-old Sanjay Williams, of Montego Bay, Jamaica, of 35 counts of conspiracy, wire fraud and money laundering. U.S. District Court Judge Daniel Hovland sentenced Williams during a 2 ½ hour court appearance, during which Williams was defiant and often argumentative with the Bismarck-based judge.

Williams said the allegations against him were "fictitious" and the "jury failed to use their common sense" when convicting him.

Investigators describe Williams and Lavrick Willocks as leaders of two separate scamming operations based in Jamaica.

Frank Gasper, a Bismarck-based FBI agent, said more than 80 of the victims of Willocks and Williams have been identified and their losses are more than $5.6 million. Willocks has been charged but not extradited to the United States.

Prosecutors said the case came to light four years ago when Edna Schmeets, 86, of Harvey, North Dakota, received a call from a man who told her she had won $19 million and a new car, and needed only to pay taxes and fees. The process dragged on until the widow's savings were wiped out, a sum of more than $300,000.

A teary Schmeets told Hovland that she "lost everything" and has been "hurt not only financially but emotionally."

Schmeets said she shared her story with the judge so that others would not be taken by scammers.
"It's hard to think you could fall for this stuff," Schmeets told Hovland. "I don't know how they get you, but they do. It's almost like they hypnotize you."

Marlow McMahan, of Salt Lake City, Utah, traveled to North Dakota to see Williams sentenced "and put where he can't hurt anyone again."

McMahan, 84, did not say how much he lost in the scam, though he told the judge he was forced to borrow from banks and friends to claim a bogus multimillion dollar prize.

"I come from a time when your word was your word and when somebody tells me I won millions of dollars, I believe them," McMahan told the judge.

Assistant U.S. Attorney Clare Hochhalter, the lead prosecutor in the case, also posted on a video screen a suicide letter from a 72-year-old woman who was taken in by the scam.

In recent years, estimates by U.S. officials put the yearly take by Jamaican fraudsters at $300 million, but some American authorities suspected the total was far higher. In 2012, C. Steven Baker, a Chicago-based director with the U.S. Federal Trade Commission, told The Associated Press that Jamaica's scammers could be bilking Americans out of $1 billion a year.
Newer Post Older Post Home