The Jamaican Lottery and Self-Determination 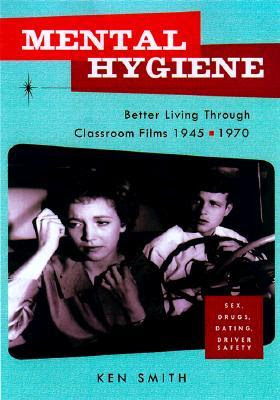 What is it in our brains that makes us think we won a lottery we never entered?


In a previous posting, I mentioned that somehow, the United States Government managed to actually catch one of these people running a Jamaican Lottery Scam (an 876 scam, named after the area code for Jamaica) and then sentence them to 20 years in jail.   This is not the norm.  Usually, these sort of scammers operate overseas with impunity.

In case you were late for class, these scams work as follows.   An offshore scammer, usually in Jamaica or Nigeria, e-mails a person in the United States, telling them they won the lottery.   Usually they send out an e-mail "blast" to a list of harvested names, with the usual bullshit story - that the person has won the "Microsoft Lottery" or some such nonsense.   Then they entice the victim to contact them and provide name, address, and telephone number.

Once they have the phone number, they start relentlessly calling the person, hoping to find someone who is preferably older, has some money, and is starting to lose their faculties.   They spin an elaborate story about how the victim won some lottery and they are going to get millions of dollars in just a few short weeks.

The only problem is, of course, that the "taxes" need to be paid first, and on such a large payout, the taxes could be tens or hundreds of thousands of dollars - or however much the victim has in their bank account.

They persuade the victim, over the course of a series of phone calls, to wire money to an offshore account, and the scam is then completed.  Or sometimes not.  The victim may still believe they are going to get money, so the scammer may make a second dip in the well, and say that "processing fees" or other charges are due - and get even more money from the victim.

The victim often still believes that their big check is only days or weeks away.  And even when family members intervene and show the victim that they were scammed, they will vehemently denounce the family members and still insist that riches are only moments away.

One man killed himself, after family members intervened:

When Chris Poland, his 53-year-old son, heard of it he was furious. He wanted to know why his dad, who had spent his life working at a factory, was giving his hard-earned money away.

In his suicide note, the father and grandfather of two urged his family not to spend a lot of money on his funeral service and said he hoped he would be vindicated once his $2.5million lottery prize arrived.

It is very sad, but this sort of thing goes on a lot.    As I noted in another posting, Chelsea Clinton's father-in-law got caught up in Nigerian scam, stole money from his clients, and ended up in jail.  These are often smart people who get caught up in these things - smart people who maybe slip a cog a bit.

I mentioned this to a friend of mine and they said they had read an article (source?) that a particular part of the brain in the frontal lobe is to blame for this.  When this part is damaged, by disease or whatever, it causes the victim to believe that mysterious big payouts are coming due to them.

I suspect it is the same thing that causes the "free energy" nuts to believe that "free energy" is just around the corner.  It may be related to conspiracy theories.

In my business - inventions - I've seen it strike older men on a regular basis.  I often get calls from people who believe they can Patent an invention and make a million dollars from it.   I try to talk them out of these Patents, and for the most part, I am successful.    However, I realize that if I tell someone something isn't Patentable, they likely will keep calling other attorneys - and "invention brokers" until someone tells them what they want to hear - that they are going to be millionaires.

In a way it is like the story I related before about a medicine that was prescribed for Parkinson's disease:

Recently, it was discovered that a drug prescribed for Parkinson's disease patients was causing them to go berserk and gamble their life's savings away.

It was a tragic scenario, as businessmen who had amassed over a million dollars in life's savings, suddenly became compulsive gamblers and gambled every last dime away. Once they were taken off this drug, they realized what they had done, to their horror.

It begs the question - is self-determination an illusion?   Do we think we have original thoughts and ideas, but in reality are just a bag of chemicals and predetermined outcomes?

In some ways yes, in others no.   Yes, if you affect a certain part of the brain with chemicals, disease, or other agent, your behavior will change.   But also, our brains are a programmable array of synapses and nodes which can be reprogrammed by our experiences and feedback.   But this delicate programming, of course, will be overwhelmed by physical changes to the brain - or predispositions that are strongly enforced by feedback.

So, no, you can't will your way out of Dementia.   Maybe you can bring yourself back from the brink of crazytown (it's been done).  But the real problem for most folks is that when the brain starts to go South, we aren't aware of what is going on.

For young people, this of course, will never happen.   They believe (secretly) that they will never get old and turn into the "old codgers" that are their parents and grandparents.   However, as I can personally attest, this is not a good strategy.  Old age creeps up on you and one day it is just there.   So blaming the victim is not really the answer.

And oftentimes people do this.  I see it all the time here on the island.   Wives scolding and shouting at their deaf and demented husbands, as if they intended to lose their hearing and minds and all they need is a "good talking to" and being embarrassed in front of 100 people to straighten them out.  Screaming at a deaf person won't make them less deaf.   Ridiculing a person with dementia won't make them suddenly cogent.  It is just cruel, but then again, the wife often has the same issues, perhaps at a different stage.

So, what are the answers?

We could try to shut down every Jamaican and Nigerian scammer in the world, but that simply isn't realistic.   Like whack-a-mole, another will pop up to take the place of the one you caught - presuming you can even catch people living in other countries.

We can try to raise awareness of these scams.  One problem we have with scammers is that their victims remain silent - afraid if they say anything that they will be ridiculed or institutionalized.  Family members also often remain silent, thinking that having dementia or Alzheimer's is somehow shameful.   Yes, the stigma of mental illness in the USA has hardly gone away.

We can try to structure our lives so that as we get older, there is someone - a family member or guardian - to look after us and make sure we aren't wiring $100,000 to Jamaica.    That is a really good idea, but most folks don't want to hand over control of their lives to others while they are still cogent - because they fear that family members or others may in fact steal from them (and when it comes to being scammed when you are elderly, your own family is the most likely to scam you!).

There are not a lot of options, if you are getting older, to protect yourself, other than to be poor as dirt.

For family members, it is important to have someone appointed as Guardian or Conservator, the moment you get wind that an elderly family member is involved in one of these scams.    Although this can be a difficult procedure, and the standard of proof is rather high, I would think that showing that Grandma is sending money off to Jamaica via Western Union is a sure sign she is not in her right mind and shouldn't be allowed to control the checkbook.

It is tempting to use other, non-legal, half-assed solutions to this problem.  For example, a family decided to warn the local bank manager and have them intervene if Grandma tried to wire money to Jamaica.    Grandma simply closed the account (as was her right) and opened a new one at another bank, where no questions would be asked when she sent money overseas.   Too late - Grandma is now destitute.

Better to nip this in the bud and have someone appointed as Guardian - to control spending and prevent her from withdrawing money from her savings - than to try some half-assed solution like warning the bank manager (and hoping the bank manager is always on duty!).

That example illustrates how crafty the victims of these scams can get, once people try to steer them away from the scam.   Not only do they not believe it, they will vehemently oppose any efforts to rein them in.

Some folks will put a daughter or son or other relative as a joint owner of the primary checking account.   This might be helpful in that the son or daughter can at least monitor spending.   However, if money is wired out of investment accounts, it may be too late to retrieve it, and being a joint owner on the account really isn't going to help at that point.

No, there are really only two choices for family members - start guardianship proceedings as soon as possible, the moment you get a whiff that they are sending money overseas, or simply walk away and let the family member squander their money.

The latter may sound like harsh advice, but in many situations, the real motivation of the family members isn't to preserve Grandma's money for her own upkeep and care, but to preserve their inheritance for later on, when Granny dies.   You see, $100,000 isn't a lot of money, really.   Maybe only enough for an additional $5,000 to $10,000 in income per year.  If Grandma has to go to the home, it will all get spent by Medicaid anyway.   Odds are, she isn't living on that money, but rather on a pension and Social Security.   Yes, having that money would have made her more comfortable.   No, she isn't going to starve to death without it.

So, analyze what your real motives are, and if you are more upset that "your" money is being squandered by Grandma than the fact she is flat broke now, then maybe it is best to just walk away.  Besides, once she has sent off all the money, there is little you can do anyway.

For someone getting older, it is even harder to figure out how to protect yourself from this sort of thing, other than to structure your finances so you don't have $100,000 lying around in the bank.   It might help to get rid of landlines as you get older, and perhaps spend less time (or none) on the Internet.   Maybe blocking calls from area code 876 might be helpful as well.

But sadly, there doesn't seem to be any easy solution to this problem.   And as America ages and a huge baby-boomer population retires with hefty 401(k) balances, you will hear more and more sad stories like this.