Riding On the Hide-A-Spare (Doughnut) 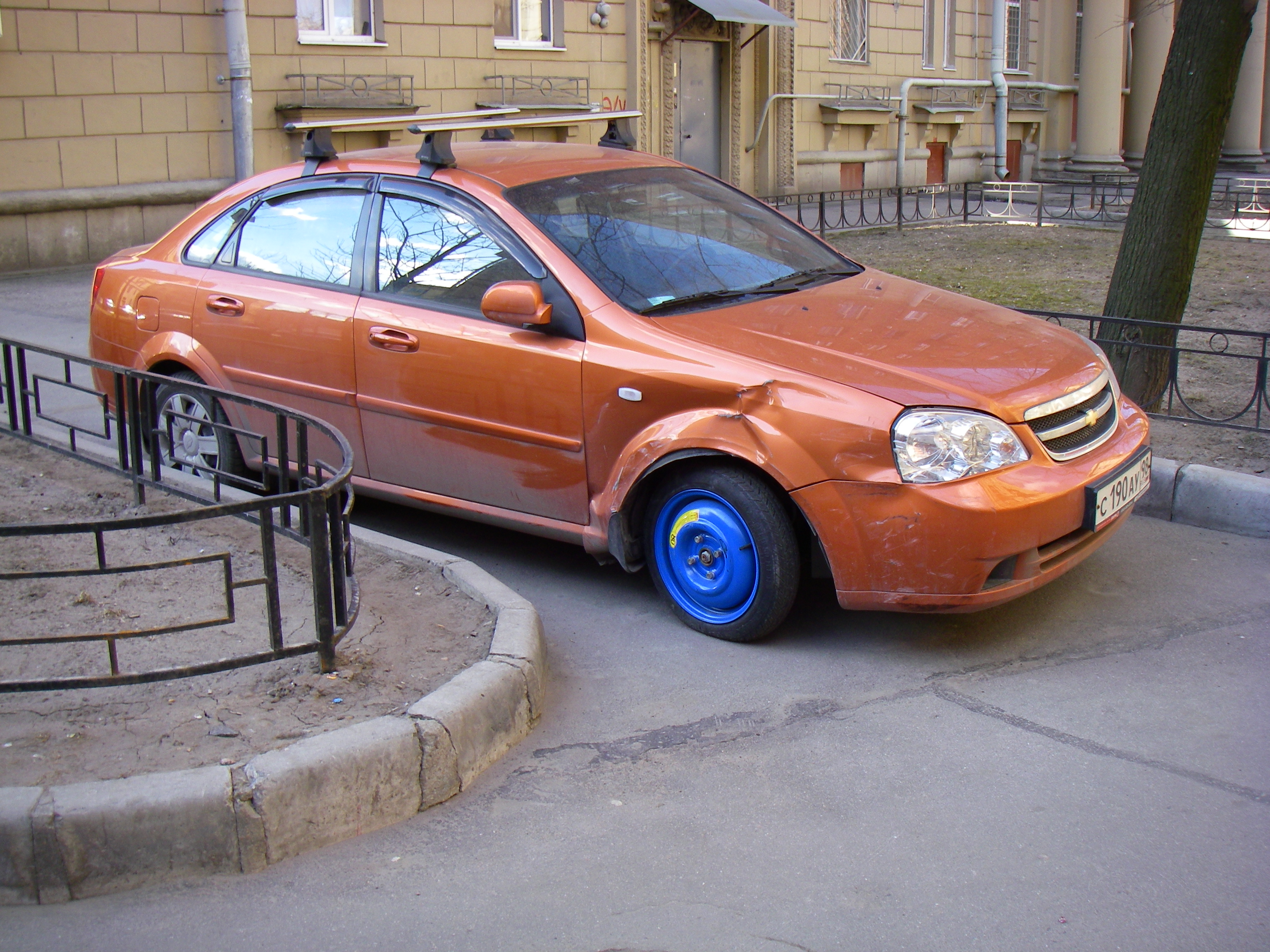 These mini "doughnut" spares are meant to take you to the nearest tire store.  Where I live, people use them as regular tires, with predictable results.  Why do they do this?  Poverty of the Spirit.


We were at a restaurant the other day - a small Irish pub that was closing down to open a new location here on our island.  The food is cheap and the beer is cold, so it is nice to go there once in a while (as opposed to four times a week, as our friends do).

We talked with the waitress and asked if she was going to move over to the new restaurant on our island and she said she was looking forward to it.  Trying to be helpful, we mentioned that there is  $6 toll to get onto the island, but if you spend $45 on an annual pass, you don't have to pay the toll.   It pays for itself in short order.

She wrinkled her brow and said, "Well, I guess I'll have to wait until next payday to buy the pass, as I don't have $45 to spend!"

This flummoxed me considerably.   If we assume they are paid bi-weekly and she is halfway through a pay cycle, she may spend $30 or more on daily passes, before she breaks down and spends $45 to buy an annual pass.  She is wasting $30 in the process because of poor cash-flow management.   I was kind of dumbstruck that a waitress making $5 to $10 per table in tips, could not budget for a $45 expense or even put it on a credit card.

And of course, I saw her pulling her smart phone out of her apron more than once to check on text messages, while we ate.   She has the money, she just chooses to spend it on other things.  Such as her tattoos, for example.  And piercings.

But where we live, the poverty of the spirit is well-imbued in the populace.   And nowhere is this more readily apparent by the number of people driving around on their doughnut spare tires!

In case you weren't aware, those "temporary" spare tires, which are common on most cars today, are good for only 50/50 usage.   They are designed to go 50 miles at no more than 50 miles per hour, tops.

If you need to use your temporary spare tire, it should be for the express purpose of driving to the nearest tire store and buying a new tire to replace your blown-out one.   No more, no less.

And speaking of blowouts, guess what the number one cause of them is?  Low tire pressure.  And yea, around here, I see a lot of cars driving around on tires that are nearly flat and will blow out within minutes of entering a freeway.   I used to try to warn the drivers of such cars, but was either met with indifference ("Yea, I gotta put air in that someday...") or outright hostility ("Mind your own fucking business!").

Funny thing, but when tire pressure went low on one of my trailer tires and someone honked and waved, I thanked them for warning me.   And I drove to the nearest Wal-Mart and bought a new tire, as the tire was nearly flat, no doubt sidewall damaged, and a new one was only $90.  Better safe than sorry.

But around here, people blow out tires with regularity.  They put the "doughnut" spare on and then drive on them for weeks at a time, passing me doing 70 on the freeway - with predictable results.  The doughnut spare blows out, and now they are stuck by the side of the road.

They miss a day's work, which cost them far more than the cost of a new tire, and now that have to call a tow truck (because they "couldn't afford" to pay $40 a year for AAA) and end up paying hundreds of dollars for a repair that could have cost as little as $75.

And then they wonder why they are "living paycheck to paycheck" all the time.   It is not poverty so much as it is poor planning and stupidity and yes, drugs are often involved, most of the time.  Almost all the time.

Poor financial planning is what makes people poor - or poorer than they need to be.   The payday loan place isn't an "answer" to your financial problems, but the cause of them.   If you are "short on cash" at the end of the week, borrowing money at 300% interest isn't going to help much - in fact, it is going to make things worse.

Yet to the poverty mindset, money is like the weather - raining down buckets on payday and dry as a drought the next week - for no apparent reason.   And because of poor planning, the poor tend to make poor choices, which in turn makes things a whole lot worse.

And I know this because I used to do stupid things like that.   I never ran on the doughnut, of course, because I have too much respect for cars, and since I always check my tire pressures, I have rarely had a blowout or even flat tire in 40 years of driving.

But I did other stupid things when I was that waitress' age.  I would run out of money before the next payday, and then bounce a check to buy beer and pretzels (and pot).   I could have made different choices, such as not buying beer and pretzels and pot.   I could have budgeted for things in my life, instead of just spending willy-nilly.    But being young and dumb (redundant) I just wrote checks until I got a phone call from the bank.  And that meant the $15 I spent on beer and pretzels cost me another $15 in bounce fees.  Eventually the bank asked me to take my business elsewhere.

Should we feel sorry for the waitress who can't "afford" a $45 parking permit, but can afford to waste $30 on daily passes?

Should we feel sorry for the person whose car is parked by the side of the road with a blown-out doughnut spare for a week (until it is towed and impounded)?  They can't "afford" to go to Wal-Mart and buy a cheap tire for $75, so they instead end up paying $250 or more with towing charges and more with lost wages.

Should you feel sorry for the 25-year-old me who bounced checks to buy beer?  Is that any different than the folks who ride around on the doughnut spare while paying a $100-a-month cable bill or smartphone bill?

Or what about the hopped-up "hoop-de" on the side of the road, with $3000 of rented "bling rims" and a blown-out doughnut spare tire?   Do we feel sorry for them because they are poor or because they made really idiotic life choices?

This is not a  matter of being poor so much as thinking poor.   It is a matter of spreading your finances so thin (when they are thin to begin with) that there is no headroom for unexpected expenses - which are actually, to be expected over time.

It is a matter of making poor choices which in turn make you poor or poorer.

And riding around on the doughnut spare is one of these choices.   And it is a choice, too.   Regardless of whether you "don't have the money to buy a new tire right now" it was your choice not to save money for such an inevitability - or to even check tire pressures on a regular basis and avoid such a problem.

You know, it is funny, but if I was to be hiring people today, I would ask to see their car.   If I saw it was dirty and unkept, I might be inclined not to hire that person (they are irresponsible, don't take care of things, and are sloppy - they would do the same at my place of business).

If it was hopped up with questionable "mods" like a lime-green giant wing and cheaply made bling rims, I might similarly walk away.   You have a young person who has no respect for money and is living in a dream world where their Mom's old car can be made into a Formula 1 racer, one paycheck at a time.

And if I saw the doughnut spare on the car - with most of the tread worn off - I would just run away as fast as possible.   Here is someone with a drug habit, who likely won't show up to work, on the busiest days, on more than one occasion.

It is an interesting thought.   What someone's car looks like, no matter what their income range is, can tell you a lot about the person.
Newer Post Older Post Home