It's Debt, Not Amazon 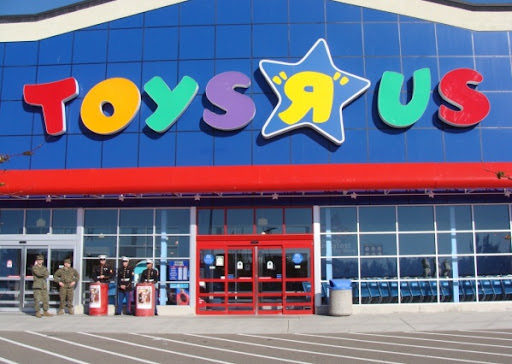 Are Brick and Mortar businesses dead, or has our financial system simply loaded them up with so much debt they cannot survive?

When I graduated from engineering school in 1987 I interviewed with a number of companies. One company I interviewed with in Syracuse was Crucible Steel. They were making small batches of high-quality alloy Steels and specialty Steels - and also had a powdered metallurgy division which was very hush-hush as I was not allowed to even see the operation.

They were still using rolling mills and had dirt floors just like in the old days.  The rolling mills were controlled by banks of clattering relay-logic panels, which is I recall were British-made (for extra reliability!)  A real nightmare, in my mind.  The fellow I was interviewing with said they wanted someone who could maintain this old relay-logic system. I explained to him that probably one personal computer hooked into an interface could replace thousands of these relays, but he didn't quite understand what I was getting at.  I'm sure since then they've modernized and upgraded the equipment.

The company had gone private at the time, as I recall, through a management buy-out.  They leveraged the company with a large amount of debt to go private as the steel business was struggling. The problem was not that they didn't have a good product and good sales - they did.  The problem was that now that they were so heavily loaded with debt, it was difficult to service the debt, particularly in the high interest rates of that era, while also turning a profit.

I believe since then they've gone through bankruptcy reorganization and emerged as a new company and are doing fairly well now.  Specialty steels, unlike bulk steel, have done well for American companies where the higher prices commanded for such unique items offset the increase cost of manufacturing in America.

But their story is similar to the story of a number of other companies in America which have gone private and or have been saddled with massive amounts of debt.   GM went bankrupt not because of union problems alone, or "foreign competition" but because they had staggering debts they could not service.  Servicing this debt ends up cutting into profits and increasing overhead and thus turning a once-thriving business into an nonviable proposition.

Once again, we are seeing articles in the press about the bankruptcy of Toys R Us.  One recent article mentions almost in passing that the demise of this largest chain of toy stores in America is "Amazon-fueled" - as if it was a given that the online retailer is putting everyone out of business:

"The surprise filing last month underscored the Amazon-fueled shift away from brick-and-mortar retailing, and bodes ill for the entire toy industry."

Note the assumption here that Toys R Us' bankruptcy was a "surprise" and the baseline assumption that anytime a brick-and-mortar chain goes under, Jeff Bezos is to blame.   But to anyone paying attention over the last year, the bankruptcy was anything but a surprise.

But in the next paragraph, they mentioned that the company went private and assumed five billion dollars in debt which is really the crux of their problem.  Granted, the rise of online sales is a problem for Toys R Us as well as another number of other companies. But if you've been to the toy aisles at Walmart recently, you understand what Toys R Us' problem really is.  Walmart's toy section is almost as large as a Toys R Us store, and their prices are far lower.  Moreover, Walmart is now a go-to destination for Mom and Dad as they pick up their groceries, prescriptions, and new tires for their pickup truck - adding their toy shopping all in one stop.

In terms of retail competition, Amazon isn't so much the issue so much as it is Walmart.  But even given the competition from both Walmart and Amazon, the real problem is the staggering amount of debt that Toys R Us had to service.  If the company was not saddled with all this debt, it would be a profitable concern.

And here's where it gets weird.  If the company does emerge from bankruptcy, the owners will lose their equity in the company, but the creditors may end up assuming ownership of the company.  The company, once stripped of all of this debt and other burdens may emerges as a much slimmer and more profitable enterprise.   Brick-and-mortar may not be dead just yet.

What is annoying to me, is that the way the financial media just routinely reports the demise of any company as being caused by Amazon, when Amazon really isn't as big an impact in the marketplace is they would like to suggest.  It is a factor, and a very important factor.  However there are a number of other online outlets that are also equally as culpable as Amazon.  And there are other retailers such as Wal-Mart which are also probably a bigger factor that online sales - at the present time at least.

But the big stickler is the massive amount of debts when these companies go private.  That's really the whole thing in a nutshell and they try to sweep this under the rug by saying "another company put out of business by Amazon" which is a narrative they want to sell people.  And I guess that's the narrative you want to sell to people if you're working for the Washington Post your boss owns Amazon.
Newer Post Older Post Home