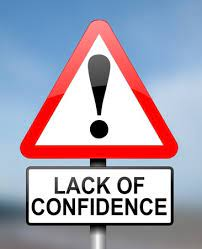 Are you confident enough in today's economy to make a big-ticket purchase or take out a loan?  I'm not.


Consumer confidence is often mentioned in the financial press.   They have various metrics for measuring this, including surveys.  If consumers are confident in the economy, their jobs, their currency, their savings, and whatnot, they are more likely to buy new cars, houses, and other things and services, which in turn employs other people, earns profits for companies, who in turn pay dividends to shareholders like me.

In February 2009, the stock market hit rock bottom, and a lot of people freaked out.   People had stopped buying things, as their portfolios were ravaged and their homes fell dramatically in value.  Buying a new car when you are being foreclosed upon is just not in the cards.  GM and Chrysler went bankrupt.   Many today don't remember those times, even though there were only a few short years ago.  Some of these "Alt-Right" Nazis were only 10 or 11 years old at the time.  Today we listen to their "opinions" as if they were wizened.

Lack of consumer confidence can crash an economy or at the very least, make it worse.  Once people stop spending, companies lay off employees, who in turn stop spending.  News of layoffs make those who still have a job, nervous.  They stop spending.   Company profits are down, share prices drop, dividends are cut.   Retirees, living off savings and investments, get nervous and stop spending as well.  It is a vicious circle.

Franklin Roosevelt distilled this down to one pithy quote  - "We have nothing to fear but fear itself."

Once consumer confidence built back up in the 2010's, people started buying things, and slowly the economy recovered.   The same thing happened in the 1930's, and we saw it happen over the last decade.  Once folks realized that the world wasn't quite ending, and they got out from under onerous financial obligations, found new jobs, and found a new equilibrium, conditions improved, at least somewhat.

Of course, some (Republicans, mostly) complained that the recovery wasn't "good enough" and that we were entitled to massive growth rates, conveniently forgetting that massive growth is what lead to the recession of 2008 in the first place.   Like the alt-right, they seem to have no collective memory, at least not extending back more than 18 months (except when they want to blame Bill Clinton for the housing bubble, at which point their memory goes back 20 years.  Elephants never forget - but perhaps they have a selective memory).

The problem today is that for many in the middle-class, consumer confidence hasn't come back yet.  When we went boat shopping, it was interesting to talk with the boat dealers and salesmen.   They lamented that the boat business never really recovered since 2009.   "Back in the day," one salesman said, "I could sell a young married couple an 18-foot runabout.   Whey they were in their 30's, I could upsell them into a cuddy-cabin.   By the 40's, a nice cabin cruiser.   And maybe by their 50's, a big sport fisherman or ocean-going trawler.   But today?   I can sell huge boats to millionaires, but the middle-class is no longer buying!"


And the boating industry sales numbers seem to reflect this.   When the shit hit the fan in 2009, sales of boats tanked - but sales of high-end yachts barely had a hiccup.   Sales of vacation cottages went south - sales of luxury resort mansions kept going.   And so on throughout the market.   Today, sales of upper-end "luxury" homes are through the roof, while young people starting out lament there are no "entry level" homes for sale - nor is anyone building them.

Those who have money still spend it, the middle-class, striving to imitate the upper classes, was wiped out.  And perhaps we saw this same pattern in the 1930's, where luxury car sales ironically increased, while the middle-class started buying stripped down versions of Buicks (Marquette) and Oaklands (Pontiac).  Meanwhile, Cadillac introduces a V-12 and then a V-16.  The rich still had money to spend.

Today, unemployment is low, but so are wages - a deadly combination.  With low wages and low unemployment (and no benefits with most jobs) there is nothing to stop a worker from saying, "I quit - I can get a job just as shitty as this across town!"   And they are right - they can.  But they still have no money to spend, and most are living "paycheck to paycheck" so they can afford their smart phones.

We lived through this in the 1990's in the Clinton era, which was one reason I decided to stop being an employer.  People felt that since unemployment was so low, they could tell employers to piss off, and moreover, back then, demand huge salaries.   Employing people suddenly became unprofitable, which is why today, a lot of people are "part time" or "contractors" or working "gigs".  Employers cannot afford full-time workers today, so they hire part-time.

Trump could really screw up the economy by damaging consumer confidence.  The stock market is going nuts, but this doesn't trickle down to people with nothing in their 401(k) account.  And even for those of us who have saved money, there are other issues.

Take health insurance.  Uncertainty in the market is causing me a lot of anxiety, personally.   Our "cost" of health insurance is about $1200 a month or more, and this is not affordable without the subsidy (which wipes out more than half this cost, depending on income).   If I am looking at a $14,000 health care bill next year, I certainly am not going to buy a new car, boat, or even a sofa.

Compounding this is the specter of inflation, which is likely to rise in any event, after being at all-time lows for nearly a decade.  And this will rise because Trump is likely to appoint a new head for the Federal Reserve who will raise interest rates.  It is funny, but I ran into a Trump supporter before the election - the kind of guy who listens to "infowars" and he told me that Obama had "ruined the economy" with high inflation.   I had to ask him what planet he was from.

Throw in trade wars and perhaps real wars, as well as an overheated stock market (particularly with regard to so-called tech stocks), and we might see a pullback in the economy next year.

What businesses and consumers both want, more than lower taxes or fewer regulations, is predictability in an economy.   People can adapt to almost any economic system, even one with high tax rates (such as in Europe) provided the system is stable and predictable and people can plan accordingly.   But when pet economic theories are being bandied about and radical changes to tax laws and regulations are proposed, it is hard to plan in advance, other than to be more conservative in spending and investments.

If you are a young couple looking to buy a house today, and are paying for your own health insurance under Obamacare, do you feel confident enough to put down a down payment, not knowing what your tax bill or health care bill will be like next year?   Quite frankly, I think you'd be insane to buy right now, unless you could predict these actual costs and budget accordingly.

Some economists disagree.  They posit that consumers will spend more now if they believe that inflation will rise in the future.   I am not sure I agree with this idea.  The 22-year-old drooling over a Camaro at the used car lot isn't doing a mental calculation about interest rates and the latest prognostications of Janet Yellen.   He just wants or needs a car and buys it.   If he thinks he is about to lose his job, on the other hand, he might put off buying it.   Consumers don't do mental math on meta things like future interest rates and the discount rate, but they do calculate what their weekly budget and paycheck are - and where they are going.

People buying houses, on the other hand, are going to look at that tax deduction very closely, and how much they pay for the house will be based on how much they get back on their taxes.   If there is no deduction for mortgage interest (for middle-class homes, Trump proposes protecting this for richer people) then people will see less savings and thus pay less for such homes.   This could depress home prices - for the middle-class.

All I can say is, I am losing confidence in the market, largely because the people running things seem a little unhinged these days.   Not only that, they are not proposing minor changes to our laws and economic system, but rather instituting radical "overhauls" of our tax code and health insurance system - with outcomes that are either unpredictable, or, if predictable, look like misery for middle-class people (this is a good time to be a Billionaire, though, although is there ever a bad time to be one?).

Because of this, we sort of gave up on the idea of buying a boat, at least for the time being.  It just seems safer to have money in the bank than a hole in the water.   And of course, these means not buying a truck to tow it with.   If the economy does go down, there will be a lot of cheap boats for sale next year, just as there were in 2009.  So maybe it would pay to wait.   Or maybe it would pay not to buy at all.

Multiply my anxiety by the large number of Americans who are struggling to get by or retirees who are trying to figure out if they will outlive their money, and it doesn't look good, even as the financial press reports "record profits" for companies that still have P/E ratios in the hundreds.