We Need a Little Less Christmas, Right This Very Minute!. 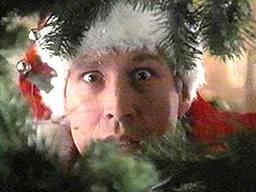 We need a little less Christmas.


Christmas and holiday items are huge markup profit centers for most retail stores.  However, just because they could make it a good profit on Christmas and Halloween items doesn't mean they can turn their entire store into a holiday accessory store and expect to make money.

I wrote before about how Hechingers, the lumber store chain went out of business when the children took over the company from their father.  They quickly realized they were being run over by the likes of Home Depot and Lowe's and could not afford to compete.  They saw that the markup on small appliances was the most profitable for the company, so they decided to focus the company on selling small appliances such as coffee makers and crock pots.  Unfortunately this meant they didn't order things like two-by-fours and sheetrock.

Within a year, Hechingers was out of business.  You can't run a lumber store selling small appliances. Even though the markup might be higher than on lumber, people go to the lumber store for lumber, not coffee makers.  They are not acceptable substitute goods.

I've noticed that this holiday season, it seems like more and more stores that are not primarily in the holiday decoration business are saturating themselves with holiday decorations.  Big-box Lumberterias such as Home Depot and Lowe's are both clogged with Halloween and Christmas displays, much moreso than in previous years.  Our recent trip to Walmart revealed that they have allocated at least one or two additional aisles for Christmas items and it seems the store is overflowing with various Christmas displays including inflatables, lights, and other items - and of course, toys. 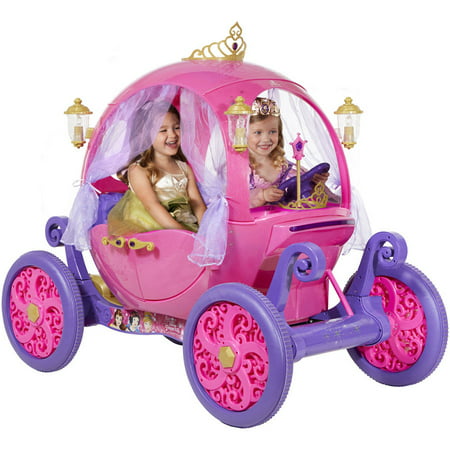 For only $400 you can shower your daughter in gender stereotypes and teach her how to squander money on junk that will be broken by Easter.  Also a perfect gift for the son who's transitioning.

Most of the stuff is made in China and the markup on it is rather good.  So you can understand why companies want to sell more of these seasonal items. I can just envision the meeting at the conference room. "Gee, we make a lot of money on this Christmas and Halloween crap - let's see if we can sell even more of it!"  The problem is when every store tries to sell more holiday stuff, it becomes a race to the bottom.  Since holiday decorations can be reused, eventually reaches a saturation point where you can't sell additional holiday decorations to people.

But you can see how this happens.  One store puts up holiday stuff a week earlier than others - and makes good money on impulse sales.  So the other stores follow suit, and next year try to be even earlier.   You can blame the stores for putting the stuff out earlier and earlier, or you can blame the consumers for buying all this crap.   It is our fault as much as theirs.

Maybe I am old-school, but when I grew up my parents used the same Christmas decorations and Christmas lights again and again, year after year, without much change.  It was a major deal in our household when we switched from the big old bulky screw-in type Christmas tree bulbs to those new miniature GE lamps that they sold at the drugstore.  But that was about the only change of Christmas decorations my parents made in over 30 years.  And even then, we were dragged kicking and screaming into the 1980's.  Mother always said that miniature lights were "tacky" until the day she came home with several boxes of them.  But the rest of our ornaments and decorations were decades old - most older than I was.

But I worry that this trend toward Xmas saturation might be a sign of Hechinger syndrome.  Retailers are looking at the markup for products, rather than offering an array of products that people want.  They may find that there is a limit as to how many Christmas ornaments and decorations people will buy.  While it may seem like a money-making profitable move, if no one buys this crap, and you are "out of stock" on the stuff they do want, you may find that people stop shopping entirely - as I have been doing, walking out of Walmart and Lowe's, both stores twice, in recent weeks, without buying a damn thing, because what I wanted wasn't in stock, but the Christmas displays overflowed into the aisles.

On another note, in the housewares section I saw an entire aisle of pots and pans and other accessories labeled "Pioneer Woman" with a woman's smiling face on it.  I presume this is some sort of reality television show that is on cable TV that I'm not aware of (since I don't watch cable TV).  It seems that she is gone Rachael Ray in a very big way, selling too much, too soon.  As you may recall, Rachael Ray put her name on everything from pots and pans to dog food and over-saturated the market with her smilin' face.  Today only her dog food seems to still be around.  I guess you have to milk those 15 minutes of reality TeeVee fame when you get it.

Pioneer Woman, I'm afraid, may go the way of Duck Commander, which once flooded the aisles of the local Walmart and now cannot be seen at all.   What ever happened to those folks?   I'm not sure why people prefer to buy products with celebrity endorsements on them. They're not inherently better than non-celebrity endorsed products.   But obviously Walmart knows more than I do in this regard.

Or perhaps Walmart knows that the great unwashed masses will pretty much buy whatever Walmart puts out to sell...