Why Bank Of America Doesn't Want Your Business - Sort Of. 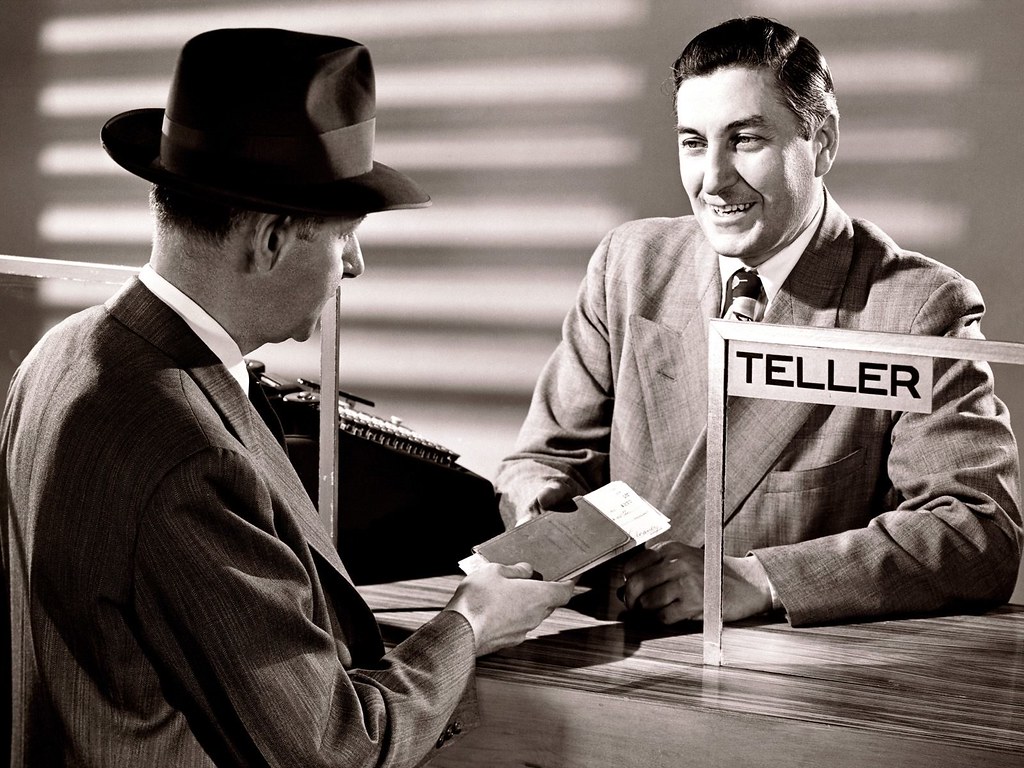 
A recent article online in Forbes, which can be read without paywall here, illustrates why Bank of America has such a shoddy reputation among the poor.    The Bank has been actively trying to court its existing users who actually have money while at the same time turning away folks who just want to shop cafeteria-style for one banking product, or poor folks who have $22 in their savings account.

Bank of America is profitable again, and they returned to profits by closing down unprofitable branches, fully embracing electronic banking, and embracing their existing customer base.   As I wrote in an earlier posting, in the good old days, the banks paid "bank interest" on savings and then loaned out money at mortgage rates.  The money being loaned out was, by and large, the money being deposited by others.   Banking was a local and community thing.

Maybe that has all changed today.   And many folks today use banking services cafeteria style.  They get a credit card from some place online that offers the lowest rates or the fanciest gimmicks.  They get a mortgage through a mortgage broker.  They get car loans from car dealers offering low rates or even 0% interest.  And they shop for checking and savings accounts based on who has the best services, lowest fees, and highest interest.   And of course, their investments and savings are with some mutual fund company or a financial adviser who operates out of a storefront.

This model of banking makes it very hard for a bank to make money.   Since there are always going to be people online with no overhead who can undercut your rates, you will lose the mortgage and credit card business as well as the car loan business.   All you are left with is grandma and her passbook savings account.   And you ain't making money on grandma.

And we saw this in the now-closed branch here in Brunswick, Georgia.   You would go into the branch and you'd see a line of people cashing paychecks or making tiny deposits and withdrawals from their savings and checking accounts.   The bank makes no money on these customers, and after paying rent and employee salaries, actually loses money.

There are legions of complaints online about how banks screw poor customers with bounce fees and late fees.   In fact there was a joke on SNL, I believe, where the punchline was "give me my $17, bitch!" - which was in fact the balance on their account.   It sounds like a stereotype, but I have read online, "complaint" forums about BoA where some 20-something whines that he overdrew his account and is now being assessed a bounce fee which exceeds the account balance.   Another complainer tried to use his savings account like a checking account, and was charged an excess transaction fee.

Of course, these fees are there for a purpose - to drive away marginal customers.   Banks make no money from someone who deposits a paycheck on Friday and has it all spent by Monday.   The best advice for folks like that is to join a credit union if possible.   But don't expect the credit union to be any friendlier about marginal banking practices.   At the Patent Office Credit Union, back in the day, clerks would line up on Friday to get money orders (at 75 cents apiece!) to pay all their bills.  When I asked why they did this, one teller told me, "We tried giving them checking accounts - they just kept writing checks until they ran out!"   The old joke of "I can't be overdrawn, I still have checks!" is indeed based on real-life experiences.

The problem, of course, is banking discipline, not merely a small paycheck.  As I recounted in another posting, I was in line behind one clerk, who had a beautiful Coach handbag and was looking at a car brochure for the new Coach-edition Camry.   I couldn't figure out how she could afford these things when I could not, making more than twice her salary, when she mentioned she lived with her parents and a number of other relatives.   In other words, she had money to spend, and she was doing a pretty good job of spending it, too.   Financial discipline was just not in the cards.   Having bling was.

And that was me, at age 21, after dropping out of college, bouncing checks at the convenience store and spending every last dime on gasoline, beer, and pot.  I could not understand why the bank was being "mean" to me with bounce fees and whatnot.  It took a long time to figure out that it wasn't the bank that was the problem, it was me.  I had no savings in my savings account.  No financial cushion, no rainy-day fund.   A dollar in my pocket was a dollar spent, and like many poor people, I tried to play a game of leaving as little money in the bank as possible.

And it wasn't as though I couldn't have saved.  Rather, I blew through money on "stuff" instead of saving it.   I mean, when you are trying to make ends meet, do you really need to have exotic fish, or indeed, pets at all?   Why buy a new car when you have one that runs perfectly fine?   I made all of those sorts of mistakes and more.   Of course, back then, we didn't have tattoo parlors and piercing places on every corner - or check-cashing stores and payday loans.   Today's generation has a whole lot more shitty choices to make than I had.   And they say there is no progress!

Today, Bank of America is my new buddy - at least most of the time.   They have been fishing for my business and getting a lot of it - credit card, investment, savings, checking.  Since I have no debts, however, they probably are a little miffed at me for not having a mortgage or car loan.   But rather than fish for new customers - which is an expensive process that requires advertising and promotion - they are trying to harvest bucks from their existing accounts - and doing a pretty good job of it, too.

They have managed to persuade me to move much of my business to their bank, instead of having it spread out across a number of banks (five at one time), mortgage companies (ditto), credit card providers, and so forth.   While I still keep a backup credit card for traveling (if your card is stolen, you are kind of screwed if you are away from home with no way to pay for anything), I have slimmed down my accounts considerably since I started this blog - much to the advantage of BoA.