Obamcare is Badly Done - But the Alternative is Worse! 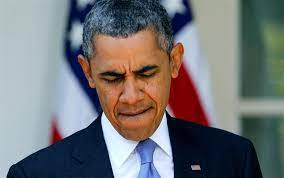 
I recently received notice from Blue Cross of Georgia that my premiums for health care would go from $18 a month to $675 a month (!!) for a total unsubsidized premium of about $2000 a month.

Ouch.  I nearly had a heart attack.   But as it turns out, it appears the letter was wrong.

I went on the healthcare.gov website to check for alternatives, and it turns out the Blue Cross people were applying last year's subsidy to the new premiums.   Turns out this year, we may qualify (MAY - we won't know until we file our taxes in April 2019!) for a subsidy of up to $2000 a month.   So the total cost per month is about two bucks.

Of course the site crashed twice and when I clicked on "return to Blue Cross" it bombed out.  I finally re-selected my existing plan in the "marketplace" and it renewed it - I guess.  I have to make that $2 payment before December 15th for the plan to kick in, and Blue Cross is suppose to "contact me in a few days" to arrange payment.  It is all badly done, and if you are not astute and can read pages after pages of documents, you may end up not getting coverage even when you think you have.

But $2 a month sounds great, doesn't it?   Well, it is, so long as you, the taxpayer are paying for other people's health insurance - like mine.   And it is great so long as I keep my income very, very low, like under $40K a year, which isn't hard to do if you aren't working.

But although it appears I am getting a freebie here (and again, I won't know how much of one until I file my taxes in 2019!) I am cognizant that this is very, very expensive health care, and something is wrong with this system.

We ran up about $7000 in claims this year, due to two hospital visits.  This cost us $5000 out-of-pocket.   As it turns out, both visits were probably unnecessary.  I passed my caterization test with flying colors - well, adequate colors anyway.  The net result was I was in typical shape for a middle-aged man who spent the last 30 years behind a keyboard.  And no, we don't have a band.

The second was for a CAT scan, because the emergency room nurse practitioner was concerned that maybe my diverticulitis attack was appendicitis (it wasn't) and the old standby of antibiotics and predesone fixed me right up in a day or two.  These were things my late doctor could do for one $75 office visit.

Others, of course, have even greater medical needs.   Besides people who are really, really sick (cancer patients, motorcycle accidents, whatever) there are people who are just uncomfortable.   A neighbor complains they can't sleep at night, so they go to a "sleep lab" to sleep in front of technicians overnight (I am sure that wasn't cheap) and are prescribed a CPAP machine which they use on and off until they get bored with it.

Others are merely depressed and imagine illnesses.  They drink to relieve stress, get depressed, and are put on anti-depressants and Ambien.   One neighbor binge-eats ice cream at night, while in an Ambien stupor - finding the evidence the next morning, but no recollection of having eaten it.   Bizarre.

And then there is the opiate crises.   People show up in the emergency room and demand pain killers - as happened while I was in the fisherman's hospital in the thousand islands.   The fellow next to me complained about back pain, but didn't want any sort of actual treatment, just a script for pills, Doc, I have to get back to work.

The weird thing about the opiate epidemic is that unlike other drug problems in the past (cocaine, crack, heroin, etc.) the drugs are being sold legally through doctors, and then the cost is charged to Obamacare.   We've taken the illegal drug-abuse market and taken it mainstream.    People aren't getting their "fix" from the local drug dealer in a "shooting gallery" but rather at the pharmacy at Wal-Mart in tidy little pills.   Well, at least initially.  It seems most progress to shooting up, over time.

The problem with Obamacare was that the plan basically says, "send us the bill" and so doctors and hospitals do just that.  There is no incentive to cost-cut or ration medicine, and indeed to even suggest doing so is to be considered a heartless cruel bastard.

My cardiologist/GP wanted this catheterization deal because he "didn't care about costs" and "never looked at bills".   I certainly did when I wrote that check to him for five grand.   I hope he buys another carbon-fiber bicycle with it.   The deal is, of course, that since I failed the stress test, he had to run the other test, or be accused of malpractice.   If I keeled over dead in the next 1-6 months, my heirs could come after him for not running the catheterization.

The same is true of the emergency room nurse practitioner.   A patient comes in complaining about intestinal pains, well, you'd better be sure you know what is going on.   If my appendix burst and I died, the hospital could be sued.   So it is a "better safe than sorry" kind of deal, but these tests aren't cheap, of course.

And since Obamacare pays - and pays a lot - there is little incentive to cut costs.   In the long-term, these subsidies will probably go away - perhaps sooner rather than later.   And when that happens, well, most Americans can't afford $2000 a month for health insurance, and will allow their plans to lapse.

For those covered under employer health plans, well, now you understand why wages have been stagnant for a decade or more.   They are paying a lot more to employ you these days - you are just not seeing that in terms of your paycheck.  Rather, your benefits, which appear to you to be staying the same (or getting worse) are costing more and more.

Eventually, something has to give.   The health industry is already a huge chunk of our GDP.   If it starts to dominate our economy, well, we will stop actually making things and end up just treating each other for illnesses, real or imaginary.
Newer Post Older Post Home