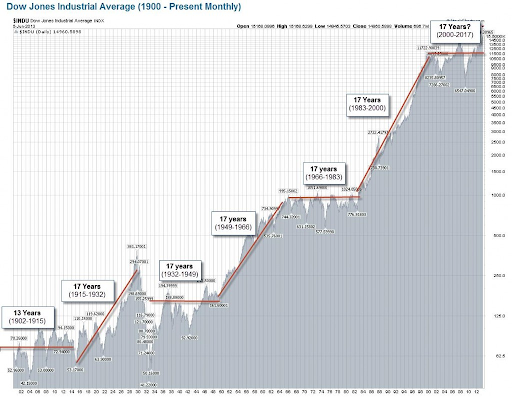 What causes markets to crash in a cyclical fashion?

Growing up during the baby boom of the 1960s, there were two historical events that were beaten into my head by my parents, who were part of the "greatest generational ever" (and most modest).

The first, of course, was World War II.  We had just beaten the Nazis only a decade or two ago and learned a hard lesson that fascism and other easy solutions to complex problems are always the wrong answer.  Not only that, but Nazism and other forms of fascism are the ultimate horror.  Sadly, it seems this lesson is lost on many in the younger generation, for whom World War II is about as distant to them as World War I or the Civil War is to me.  But I digress.

The other historical event that my parents constantly reminded me of was, The Great Depression, which they had to live through, although they did not personally suffer too badly as a result of it.  However, they vividly remembered how conditions were very difficult for others.  For my father, it was the struggle of his parents to get by during the Depression, particularly his father, who was an alcoholic and was thrown out of the Buick dealer run by his brothers.  My grandfather ended up rejoining the Army (which he had been in during World War I) as it was one of the few jobs available to him.  He ended up being a "retread" - serving in both World War I and World War II.

My mother's family was a little better off.  My grandfather on her side was the mayor of Larchmont, New York and was a successful attorney in New York City, representing what would eventually become Citicorp.  Mother recalls vividly, the homeless men coming to the back door of the house asking for a sandwich or some other foodstuff in return for some menial labor.  Of course, back then we didn't call them homeless, but rather bums or hobos.

Both my parents also realized what caused the Great Depression.  During the Roaring Twenties, the stock market took off like a rocket and everybody was making money in stocks, or so it seemed.  One famous investor once remarked that he got out of the stock market when the grocery clerk packing his groceries was talking about the stocks he was invested in.  That investor realized that when such unsophisticated people started investing, the market was overheated and bound to fail.

At the time there were few regulations regarding the issuance of stocks, and the market could be easily controlled or manipulated.  Part of the recovery plan in the 1930's, under Roosevelt, was to institute new laws and regulations to govern the market and also regulate how banks operate in it.  My Grandfather, being the chair of the Banking Committee of the New York State Bar Association, spent some time flying down to Washington in Ford trimotors from Idlewild Airfield to discuss these new banking regulations with the Roosevelt administration.

It is a familiar cycle. A Republican administration decides that regulations in the market are unnecessary and either loosens these restrictions or abolishes them entirely.  The market takes off like a rocket, and stocks and other commodities become way overvalued. People go heavily into debt, including governments.  Fraudsters and other marginal operators appear on the edges pitching shady stocks and investment deals. Eventually the entire thing collapses and we go back to where we started, instituting regulations in the financial market in an effort to recover our economy.

We saw this in 2008. Over the eight years of Bush administration, regulations in the market had been loosened repeatedly.  In addition, the government was on a spending spree not only for two foreign wars, but also because the formerly fiscally responsible Republicans decided to abandon all pretense of that responsibility and cut taxes without cutting spending.  In addition, all sorts of fraud and chicanery started to appear around the edges. I wrote before about mortgage fraud which many people ignorantly think was something done by Bank of America.  Rather, organized criminals were buying and selling houses and mortgaging them and ripping off the banks in the process.

Since it is a complicated scam, people don't understand how it works.  The economy is the same way.   It is complicated, so people don't understand it.  And they cry out for simple solutions to complicated problems.   "Lower taxes on the rich!" they cry, "and it will trickle down to us!" Others want other simple solutions.  "Give everybody basic guaranteed income!" they say, "And we'll never have to work again!"   Both answers are simple and pat and wrong, simply because they address an incredibly complicated financial system and posit that adjusting one factor will change everything. Simple answers to complicated problems are usually the wrong answers.

And by the way, that's one reason why conspiracy theories are always wrong.  They are simple, pat answers to a complex world.  But I digress.

Getting back to 2008.  Eventually the economy came crashing down and a new president was elected.  The Obama administration instituted new financial regulations to clean up the marketplace. In addition a new Consumer Protection Bureau was established to prevent people from borrowing money on onerous  terms - or at least that was the idea.

And the economy recovered.  Unfortunately, one of Obama's big ideas was to create something called "Regulation A" which allowed people to offer stocks in small companies with few regulations and no oversight.  This was part of something called the JOBS Act which was designed to kick start businesses.  Nearly a decade later we're discovering that very few if any of the companies offering stock under Regulation A have succeeded, and in fact most have just been abject failures squandering all of their investors money.   And more than a few were con-jobs from the beginning, designed to enrich the founders and steal from the shareholders.

But in spite of this, the market has recovered and the economy, although slower than some would like, has had a steady march of progress since the crash of early 2009.   And once again we have a Republican President in power, who promises to eliminate unnecessary regulations and free up the market so it can take off like a rocket again.  Taxes will be slashed and the debt will increase as a result.  Republicans are even up front about how much debt they plan on adding - about 1.5 trillion to the 20 trillion we already have.  So we are seeing the market loosen up in terms of regulations and we are seeing an increase in debt load by the government.  We are also seeing an increase in personal debt load by American citizens.  This is starting to look like an awfully familiar formula.

As I noted in an earlier posting, many brick-and-mortar companies are going bankrupt or are struggling because of this debt.  The press likes to report that it is Amazon that is putting everyone out of business when in fact Amazon is only a small factor in this equation.  And it is not hard to see why they report this - people click on stories about Amazon, as it is interesting and fits their preconceived narrative.   Stories about retail debt are boring and hard to follow.   Personally, I find myself ordering less and less from Amazon, as their prices are "meh" and their checkout system is confusing as hell, with its "Prime" offers and convoluted "free shipping" offers ("free shipping for orders over $25 - provided we fulfill the order!").

Most of these companies were taking private by equity investors and then loaded up with debt.  These companies, which could have survived without the horrendous debt loads, are finding it impossible to service this debt, and as interest rates increase and these debts become due, it may be harder and harder for many of these companies to survive.

And apparently I'm not the only one to notice this.  This recent article on Bloomberg confirms my theory that most of these retail chains that are facing difficulties are loaded up with massive amounts of debt, and maybe set to fail as these debts become due and interest rates rise.  It's not just Amazon - in fact Amazon maybe a minor factor in all of this.

The other side of the coin is fraud.  We are starting to see around the edges more and more chicanery in terms of people offering stocks that are basically fraudulent vehicles from the get-go.  A number of these "Regulation A" offerings - in fact most of them - appear to be real losers from the get-go if in fact they were not designed to do so.  And even so-called "legitimate" companies have an aspect of fraud to them.

Some new "dot com" company which is all the rage in the marketplace and the darling of the financial prognosticator has a P/E ratio in the hundreds if in fact it is earning any money at all.  Some of these companies are so wildly overvalued that they may never earn back the stock price for the shareholders in their lifetimes.  They will, however make a lot of money for the founders and insiders who run these companies. The distinction between a fraudulent company and legitimate one is very hard to determine these days.

Is Twitter or Groupon or even Facebook a legitimate company offering a profitable service, or merely a vehicle for early investors and founders to make millions, if not billions, off the backs of small investors?  It could play either way.

Having grown up hearing stories about the Great Depression, and having lived through two or more major recessions in my lifetime, this seems to me to be a very predictable pattern. The market is exuberant and everyone is crowing how the Dow is at all-time highs. They said the same thing in 1929, 1989, and 2008.  And then it all came tumbling down.

Of course predicting the timing of this is what is most difficult.  When the stock market finally crashed in 1929, it was long after many people had predicted a crash was coming.  It seems that these type of ebullient markets coast on their own upward, just as a roller coaster car will coast up a hill further than you think it will.  We saw the same thing in 1989 when the real estate market crashed - and people thought for sure that it would have crashed years earlier.  The same is true with 2008.  I got out of the real estate market in 2005, sure that it was going to crash in 2006 at the latest. I t turns out I was off by a couple of years.

If this current situation fits this predictable pattern, we can expect to see more ebullience in the marketplace at least for another 12 to 18 months. Short-term profits for many companies will continue to climb as tax rates are cut and regulations loosened.  Of course, stock prices will continue to climb even if there are no increase in profits, as people will simply believe that there will be in the future.  And in fact, that seems to be what is going on right now - many investors are speculating that under Trump, businesses will take off down the road and they are thus "buying ahead" of the market.