Always Be Ready To Move 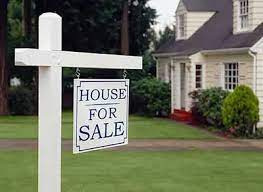 Mobility of the workforce is the hallmark of an industrialized society.


A reader takes me to task with regard to my last posting about the ice maker.  Again, if I was building or remodeling this house, I would not have put one in.   But now that it is there - or should I say today, an ice-maker sized hole in my cabinets, something has to be done.  And the easiest and least costly way of fixing it was to just replace it, even though it is expensive.

The reader suggests I just put some shelves in the hole or something.   And since I am not planning on moving for a decade, why not just leave the hole there and replace it before we're "ready to sell"?  That seems like the "stingy" thing to do, but it is short-sighted, in that it trades off overall long-term transaction costs for a small savings in immediate cash-flow cost.  And usually cash-flow arguments are the wrong answer to any problem.   Sure the monthly cost of leasing a car is less - but the overall transaction cost is far more, compared to owning.

The other problem with that argument is that you should always be ready to sell on a moment's notice, as oftentimes, you will find yourself in a situation when you are selling your home and weren't planning on doing so.

My parents moved several times during their lifetime, once even to Egypt.  Mobility is essential to the modern industrial workforce, and if you are "rooted" in some small town or impoverished area, odds are, your economic opportunities will be severely curtailed.   As I noted in other postings, it is very hard for me to "feel sorry" for these folks profiled in Flint, Michigan or in West Virginia, who complain about how awful things are but refuse to move where things are better, arguing that prosperity should be brought to them and not vice-versa.

In the 1960's, the Mayflower moving van was a common sight in the suburbs of America.  Every year, new families would move into the neighborhood, and other families would move out.  Staying put was considered abnormal, not the norm.  Today, people seem less inclined to move where the jobs are, perhaps in part because jobs no longer pay enough to make moving seem worthwhile.   Hell, back in the day the companies that hired Dad paid for him to move his family.   Times have changed since then, a bit.

We still are a migratory species, we move - like most animals do - to areas where there is plenty, and leave areas where there is nothing but desolation.   I've had to move several times in my life - and didn't complain about it, but instead viewed it as an opportunity to see and try new things as well as succeed economically.

And in many cases, you may have to move on short notice.  My parents, as I noted, moved several times in their lives, and often at times not of their own choosing.  Dad was fired, laid-off, or quit, and had to scramble to find another job and put the house on the market.   It is not easy to do, and if your house is a pile of half-finished projects and "things I'll do before we sell" it makes things even harder.

In my own life, I found I had to sell on fairly short notice almost every time.  I sold my house in Chittenango, New York when I was told to "report for duty" at the Patent Office in a matter of weeks.   I had little time to prepare the house for sale, and in fact, it didn't show well.   I left money on the table as the house looked abandoned, not merchandised.  There was a broken window, for chrissakes!   Why I never "got around" to fixing that is beyond me (perhaps drugs were involved).  It is embarrassing to even think about.

Our house in Virginia was sold on 30-days' notice, with a bulldozer in the driveway, gunning its engine the entire time.  In that case, it didn't matter if the house was in "show condition" but it gave us a very narrow window to leave.

And so on down the line.  We sold our investment properties on pretty short notice - having time to tidy up and stage them, perhaps, but not time to make repairs (which fortunately, were not needed, as we kept the properties up).   Our vacation home was sold in less than a month - which we were able to do as it was in tip-top shape.

A home is not something you will own forever.  On average, you will probably move every 5-10 years in your lifetime.  The "family homestead" is today little more than a myth - no one pines for the tract home they grew up in - it was just a place to live for a while.  You really don't own real property anyway - you just rent it from the government for a while (stop paying your property taxes and you'll see what I mean!).  We are stewards of property for a few years, not true "owners" of it.  And I say this after having "owned" about eight properties just in my lifetime. It is like with cars - they seem permanent to a 20-year-old, but by age 50 you realize they just pass through your life.

My experience (and that of my parents) is not an anomaly.  Moving on short notice is quite common.  We live on a resort island which is also a retirement community.  Many people live here until they become infirm, at which point they have to move to an elder-care facility or some place with better support for the elderly.   And often, this happens on short notice, after an illness or other medical problem, such as a stroke.  And I've seen firsthand what happens to folks who have to sell when the house is starting to fall apart.  "I'll get around to finishing that painting project next month!" they say, until months, if not years, have gone by and the paint has hardened in the bucket and the house is two different colors.  As a result, it is hard to sell the house and get a good price, or worse, they delay moving to the eldercare facility, convinced that "someday" they'll have the house in shape for sale.  Someday often never comes.

Your home isn't really an "investment" but it may be the single most expensive thing you own, and you may have to liquidate it on short notice.  And if your home is a nightmare of half-finished or half-assed home improvement projects, well, its resale value is diminished substantially.  Yes, believe it or not, there are people who will turn up their noses at a house because the rooms are not painted the color they like, which is superficial and stupid, but it reflects the reality of most home buyers.

But as the single most expensive thing you own, you should take care of it and make sure it is in good condition.   A house that has "issues" can lose 20-50% in resale price, depending on the extent of the issues.   At some point, the only buyer for your house will be a developer or flipper who will gut it and start over - and they are not going to pay a lot for your home, as it will need all this work done.

So, that's why I say, it isn't a good idea to have a mis-matched cabinet or oddball appliances in different colors in your kitchen - or broken things that need repair.   Buyers look at one broken appliance and wonder, "I wonder what else is broken that they aren't telling us about?  How well did they take care of this place?"

It is like a friend of mine who had a nice car with a broken window.   He put a sheet of plastic over the hole with duct tape around it.  "Hey, this is cheaper than a new window!" he said, but of course, when he went to trade-in the car, he got nothing for it.   Oh, and by the way, car windows are not all that expensive these days - I paid about $30 for one for the Frontier, and installed it myself.

At the end of the day, this half-million-dollar vacation home on a resort island is the most expensive single thing I own, and I do want to take care of it, and have it in tip-top shape, or at least in the best condition possible under my budget.   And it makes no sense to "put off" repairs, as eventually they will need to be done anyway, before you eventually sell the home - which may be at a time and place not of your choosing.

I could dick around patching together some sort of cabinet or shelving instead of just replacing the ice maker.   It would take me more time and energy and if I had to hire someone to do it, cost more money.   In the end, it is just easier to make one phone call and have it replaced, and have the house put back together the way it was originally.
Newer Post Older Post Home