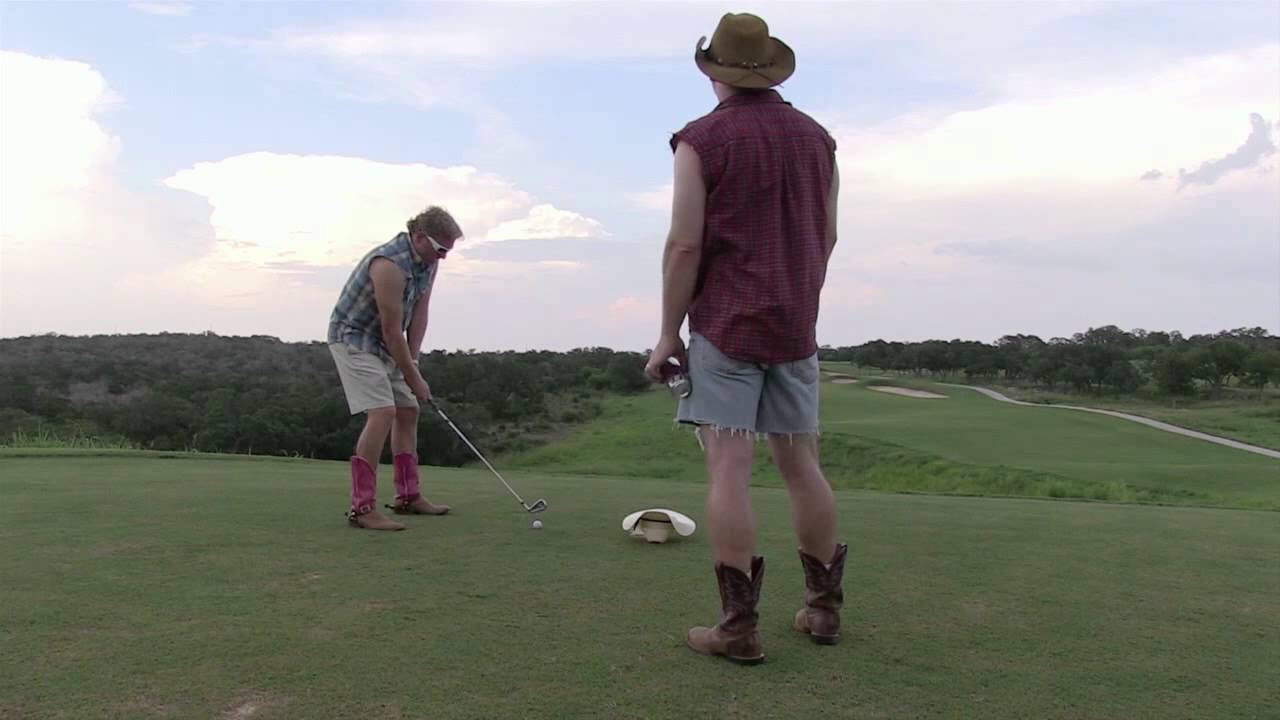 
On National People's Radio this morning on Weekend Comrade, they had a bit about sports or something (at 14:34).   I was only half asleep but caught only a part of it.  They were discussing golf and Tiger Woods and the Augusta country club and one of the commentators made some snide comment about golf being "elitist" and the others chimed in to agree.   I threw the clock radio against the wall and went back to bed.

It got me thinking though, golf really isn't all that elitist - no more so than any other sport.  Yes, there are exclusive country clubs that have limited (or even restricted) memberships.   But those represent a small portion of the overall number of golf courses in America.   And country clubs are often less about golf than about socializing.

We were offered a chance to join two country clubs in Alexandria, Virginia, and turned them down. The first time was at Belle Haven Country Club, which is across the street from Marvin Bush's house on Fort Hunt road.   I went there to a law conference and a manager asked me if I wanted to join.  At that point in time, the club was undergoing renovations and was in a bad state.  The economy was also in the tank and they needed new members.   For only a few tens of thousands of dollars, I could join!   I politely declined.

The second time was a country club further down the parkway.  Our neighbors were members and again, the place was undergoing renovation and they needed new members.   The initiation fee was a lot less at this place, but that fee is just the start.  When these renovations occur, often there are special assessments made on the members - just like a condominium!   So the cost of membership would have gone up over time.

In addition to the initiation fee, there are membership dues.  And these were pretty steep as well.  The membership dues includes meals at the country club, so many nights a month, or in some instances, you are obligated to eat at the country club so many nights a month and pay a la carte.   The idea is, the restaurant needs a critical mass of people to work, and thus members are sort of forced to eat there - or pay if they don't.   Our neighbor said it was a pretty good deal, and they went several times a month for lunch or dinner.   The cost was competitive with local restaurants.  If you eat out a lot, and don't mind going to the same restaurant again and again, I guess it is a good deal.

But it illustrates how golf clubs are more than just about golf - many are about social life as well. And many also have pools and/or tennis courts, so the "country club" is more about family social life than just playing golf.  We didn't join mostly because we don't play golf that much - or very well - and since that time, have largely given it up.  The socializing aspect might have been nice, but since we didn't know anyone there, that didn't appeal to us.  For some folks, however, this socializing aspect is useful in making connections in business and finances - so a lot more goes on in these country clubs than just golf.

But again, these private clubs and courses represent a small fraction of the overall golf industry.  And by the way, many of these "private" courses have huge signs saying "Open to the Public!" because they need the money to keep the place up, particularly these days.   But the vast majority of golf courses are public courses, either run by municipalities or privately owned, but open to the general public.

And like clockwork, every day around 3:30, the plumbers, electricians, carpenters and other tradesmen hit the courses.   Young lawyers stay in their offices until 8:00 at night - what was the point of being a lawyer, again?   And these tradesmen often have the best quality clubs and are very good players.    They should be - they practice and play a lot.   It is hardly an "elitist" sport so much as it is a blue-collar sport.

And all sports are this way.  You could argue that football was "elitist" because in every stadium there are private corporate skyboxes, replete with air conditioning, a wet bar, and catered food.   But those private boxes don't represent the sport or the majority of the fans.

So why were the clueless dweebs on NPR tearing down golf?  Well, to be sure, the clueless youngsters they are using as on-air "talent" these days likely don't play golf, which they see as an old man's game or something "Bougie" people play.   And in recent years, the popularity of golf has tapered off a bit - hitting a peak in the late 1990's and early 2000's.  So likely, these kids don't play golf, and since the powers-that-be do, they feel it is somehow emblematic of the old school.

But also, it is part and parcel of this class-warfare nonsense.   They paint golf as an elitist pastime and then can dismiss it entirely out-of-hand. And right there illustrates how the Democrats lost the election in 2016 and will likely lose it in 2020.   Those critical voters in the critical states that Hillary lost are those tradesmen and carpenters I talked about.  Guys who have a set of Callaway clubs in a big leather bag in the back of their pickup truck, who get in a round every day after work with their friends.

Years ago, these guys were Democrats - dyed-in-the-wool union men, whose fathers were Democrats, and their fathers before them. But something changed along the way. The Democratic party abandoned these guys, and went after narrower and narrower demographics, hoping to cobble together an election-winning majority from the transgender, illegal immigrants, and convicted felons.  I am being sarcastic, of course, but it does seem that they are targeting very small demographic groups, while ignoring the needs of the large majority.

Worse yet, the message the Democrats (and the left) are sending is that those golf-playing rednecks are somehow to blame for the world's problems.   You know, by driving big pickup trucks, installing garbage disposals, and playing elitist golf.   It is bad enough that the Democrats are ignoring their traditional constituent base, it is worse that they are castigating them.

Guilt politics just doesn't sell.   You can't get people to vote for you by telling them they are awful people.  Well, maybe you get the masochist vote, but that is a another thin slice of the electorate. What is really ironic about all of this, is that here are some young, left-leaning, college-educated (with graduate degrees, no doubt) kids, who are acting, well, elitist.   They look down their noses at anyone from rural areas or folks who play golf as either primitive or "bougie" - and often in the same sentence.   These are elitists decrying elitism, and the irony is lost on them.

Meanwhile, the press gleefully reports that Joe Biden no longer has a pulse, and only extreme leftist politics will carry the day in November 2020.  Oddly enough, in the same breath, they report that most Americans aren't ready for, don't want, and won't vote for socialism.  Are they trying to sabotage the election on purpose?  Because that seems to be what they want to do.   Either way, they deserve to lose the election, if they continue to embrace these narrow groups of folks who live on either coast, and ignore hate the rest of America.
Newer Post Older Post Home