Why I Gave Up On Netflix 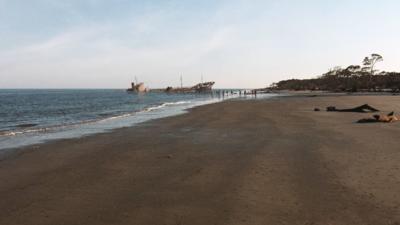 
Years ago, early on in this blog, we started watching Netflix videos on our laptop, hooked into a wall-screen television through a VGA port.  Pretty primitive, but it worked.  We could order DVDs online, and even stream them through the Internet using Hughesnet satellite internet service.   It actually worked.

And the content was amazing.  They had the back catalog of most of the major studios, so you could watch all those great old movies, and also those of the auteurs - it was a film school education!   And because they had the STARZ contract, giving them access to that library by streaming, you could get a lot of great old content online.

But the STARZ contract expired, and Netflix tried to even spin-off its DVD rental business to concentrate on streaming.  And with reduced content, they had to do something, so they created new content just for their channel, much as HBO and other pay cable channels have had to do.   It has been a mixed bag.  Instead of watching a great old movie, or even a recent release, we are exhorted to "binge watch" some soap opera disguised as an action/adventure show.   And while it was interesting for a short period of time, I quickly realized I was trading one form of video addiction (broadcast and cable television) for another (episodic streaming content).

It stopped being interesting after a while.  All the shows had the same story arc - or lack thereof.  Many just meandered in plot, just to keep you watching.   We looked at some shows on the channel, but when we saw they were three seasons (instead of just one hour) we thought, "this is a big commitment of time and energy!  No thanks!"

Netflix also started making "controversial" programs, such a "Making of a Murderer" where they tried to convince us that some guy who is in jail for murder is actually innocent.  And a lot of people bought into this shit.  It is like Facebook with its fake video of Nancy Pelosi - they would pull it down, but the click revenue is too great.

Excuse me.  Something caught in my throat.  Too many damn allergens on your planet.  I don't know why you people don't do something about that.  After all, on Alpha-4, we solved the pollen problem. It really sucks being stationed on such a backward planet as "Earth".  By the way, great move, naming your planet after the dirt.   Real freaking clever.  But I digress....

Recently, they were filming episodes of the "Waking Dead" or something here on the island.  Maybe it was "Walking Dead" or "Talking Dead" - I don't recall.  I went online to see what it was about, and it is one of these episodic television shows on one of the pay channels.  I've never seen it, but after googling it online, it sounds like a cross between "Twilight" and "Dawn of the Dead."  I am not sure what it is about, but in my head, the dialog goes something like this:

Jennifer:  "Mark my words, he'll rip your heart out - and eat your brains!"

Maybe it doesn't go quite like that, but I suspect it isn't far off the mark - a soap opera with zombies.   That's all these shows are - soap operas.  And once you've seen one, you've basically seen them all.  Why do I need to see the same show, over and over again, with different settings and different character names - oh, and some new outrage to get me to watch?

We've been trying to consciously watch less and less video anyway.  We've been using the cell phones for internet service - going entirely wireless - for over six months now.   Not only is this costing a lot less, it is a lot less hassle (the AT&T modem was a nightmare of unreliability).  The data bandwidth doesn't seem much different.  Sometimes a show will bomb out and you have to re-load it.  It did that with AT&T's "premium" UVERSE service, too.

Quite frankly, there is a ton of free content out there on the Internet, and some of it is quite intriguing, as it isn't made by some studio with fancy production values and "stars" paid hundreds of thousands per episode.   One of our favorite videos to watch is a guy in Australia who restores matchbox cars.  There is something calming about it - I am sure it has replaced "Teletubbies" in the methadone clinics.

And then there are the old shows - What's My Line? or Highway Patrol.   Some of the acting in the latter is pretty stilted, and the plots paper-thin.   And of course, nothing caps off the night like a Russian crash compilation or Figure-8 demolition derby.  The great thing about shows like that is we don't have to commit to season after season of programming, or binge-watching hours of video to "see what happens next!" (which in a soap-opera is a self-defeating task, as something always happens next, ad infinitum).  What Netflix is selling just doesn't seem to be worth $8.99 a month, particularly when we may go for days on end without watching.

And certainly what the cable companies are selling ain't worth over a hundred dollars a month.  Sadly, Netflix has changed for good, and they really have no choice.   It is sort of like the early days of the Internet.  It was cool when it was just us computer geeks, and then they let just anyone in, including those AOL folks.  It was the beginning of the end.   The great masses turned the largest database in the history of the world into fake news and social media.   People always have to muck up a good thing.

Similarly, in the early days of Netflix, it was like film school.   Then it started morphing into regular TeeVee as the unwashed masses decided to "cut the cord" simply because it sounded trendy (they actually never disconnected, though - they pay for Cable AND for Netflix!) and they demanded programming just like what they were seeing on regular TeeVee.   Netflix has to go where the money is, and I don't blame them for that.  From what I understand, they aren't making any money to begin with.  First to market is last in the marketplace.

A lot of folks complain that media costs a lot of money.   DVDs are too expensive to buy!  CDs are outrageously priced!   Downloading songs at 99 cents a copy is highway robbery!   The Cable companies want over a hundred bucks just for a standard package!  Amazon wants $7.99 to download the latest best-seller!  The new video game is over a hundred bucks!  My favorite rap band charges over $100 for a concert ticket - and Tickemaster wants a "convenience fee" on top of that!   It is all so unfair!  Why should I have to pay so much?

And the answer is: because you agreed to.  People set prices, not corporations or artists.  They charge what the market will bear, and when you pay these prices - despite your grousing to the contrary - they charge them.   So you can whine all day long that you had to pay $250 for scalped tickets to your heavy metal concert, the problem is, you paid it, and thus you set the price.  This is a topic of another posting, however.

Fortunately, media is not like oxygen - you don't need it to live.  You can live without media, or with less of it.  You can also create your own.  You can write your own stories, play your own music, make your own videos.  That is the beauty of this new paradigm of the Internet.  And you can even make some money at it, if you want to.   I made a few bucks monetizing this blog.  I suppose I could make a dollar or two from my YouTube channel - maybe more if I bought a real camera and a real computer.

But the other choice is just to consume less media.   And that is, in part, why I gave up on Netflix.  It was costing me money, and I wasn't watching it, and what I was watching, I didn't like.  Time to move on!

UPDATE:  We periodically sign up for Netflix for a few months, and then drop it, usually because we are going away in the RV.  What we are discovering more and more is that we are watching Netflix less and less.  So many of the "movies" on Netflix are just badly made television shows, with multiple seasons - a commitment I don't want to make.  The payback just isn't there!   We watch a few videos on YouTube - most made by amateurs like us, or quasi-professionals like "The History Guy" or "Marty's Matchbox Makeovers" and then call it a night.   It seems a lot of these YouTubers become mildly successful for a year or so and then fade away over time, as people get bored and move on.  Few make much money at it.

Then there are the professional YouTubers, which we never watch  - the folks who do "podcasts" where they stare into their laptops and drone on for an hour about politics or gaming.  People actually have time in the day to watch this?   I don't and I'm retired!