You Don't Bring Me Flowers, Anymore 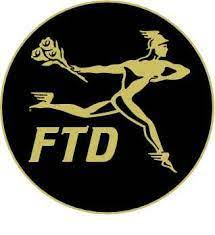 People's tastes in products have changed over time, bankrupting industries that were once vibrant.

FTD declared bankruptcy, and the vulture capitalists are circling the corpse, hoping to snag a tasty morsel before it all rots.   Problem is, there isn't much left of this cadaver to nibble on.  People just don't buy flowers like they used to.

When I was a kid in the 1960's and 1970's, my Mother bought flowers all the time.  She would have a flower arrangement on the dining room table as a "centerpiece" and she would re-arrange the flowers daily, making a new arrangement from what was still viable and throwing away the rest.  When she ran out of flowers - a few days later - she would buy another bouquet at the grocery store or flower shop.

Mark tells me his Mother did the same thing back then.  They all did.   We all did.  People bought flowers, not for special occasions or weddings, but for everyday use.  A man had a carnation in his lapel.   Today, there are no lapels - no suits or dress shirts.   $100 t-shirts are the new officewear for the tech generation.

People don't buy flowers today like they used to.  This is not to say the industry is dead - indeed, sales have increased almost every year, at least as of 2017 and per capita spending has increased, at least since 2012 (the average American's spending has increased from 88 to 107 bucks in that period).   That data does include "potted plants" though, and may be misleading.  It is also from an industry trade association - consider the source.  The rate of increase does seem kind of flat, though.  And as 2009 data illustrates, the business is very susceptible to economic recession.

If we adjust for inflation, I suspect you would see spending for flowers themselves in the decline since the 1960's.   Fresh flowers for the home or office are just not as much a thing anymore.
Every town had its florist or maybe two. In addition, outside of town there be a greenhouse where flowers were raised. You still see these greenhouses by the interstate, with the glass broken or the plastic sheets hanging in shreds. All victims of Home Depot and Lowe's, who have taken over the potted plant business. They buy from wholesalers out-of-state who ship in the potted plants to the garden section. And as for florists - the few that are left - they get their flowers from overseas, mostly South America. No one raises hothouse flowers anymore.

But its not just flowers. Haberdasheries, Milliners, notions shops, shoe shine stands - the list goes on and on.  Things we used to spend money on - that were not necessities, but rather wants - that have gone entirely extinct as tastes and styles changed.  Things that, at the time, seemed to be permanent parts of the landscape.

I wrote before how back in the day, a young bride-to-be registered at the china shop, the crystal shop, and the silverware store.   She hoped to get twelve full place settings of crystal, china, and silver, so she could have proper dinner parties.   What bride would be without?

The other day, Mark was at the thrift shop, and an entire set (12 settings) of Spode wedding china was for sale for $20.  A far cry from the old days.   People just don't want this stuff anymore.   Why?  That is a good question.

We have become a more casual society.  What we wear as clothing today is what our ancestors (recent ancestors) would consider underwear in their day.  Mark's grandfather - as well as my own - got up every morning, showered, shaved, and put on a suit and tie, even in retirement.  Even when he wasn't planning on leaving the house.  It is just what one did.   I bought an old Popular Mechanics book from the 1930's on home maintenance that advised that when you paint your house, you "wear your old suit" as paint may spill on it.  The accompanying illustration showed a man in a full suit, with tie, wearing a fedora, painting his house.

How times have changed.  Perhaps it was colder back then - or people liked to sweat. Most folks did live in more Northern climes until the recent era, so perhaps wearing a full suit of clothes made sense, other than in the heat of the summer (where you would trade your wool suit for a linen or seersucker suit, and your heavy fedora for a straw boater).

Maybe it is also our economy, which has put so much more emphasis on saving money and "do it yourself" that people don't feel they can afford to have flowers every week, when they have a cable bill and cell phone bill.   Or maybe in the days before cable and cell phones, we had "excess income" to splurge on such things as fresh flowers, more often.

Or maybe it is a result of women's liberation. Fewer women are homemakers and have less time for home decoration and flower arranging.  Fewer women go to "finishing schools" where such skills are taught.

Or maybe it is a combination of all of these things - tastes change because conditions change, including economic conditions, social conditions, and whatnot.   60 years ago, having fresh flowers on the table and polished silver meant you were sophisticated and had taste, style, class (and money).  Today, your worth is measured by the length of your SUV and the size of your flat-screen television (and whether or not an Apple logo peeks out through a hole in your cell phone case). Yes, we have changed.

So what's the point of all of this?  I dunno, other than I think investing in the remnants of FTD is kind of dumb.   Most folks only send flowers these days at funerals and if someone is sick.   And sending flowers over the Internet (or by telephone) has always been problematic, as you have no way of knowing whether the recipient got a beautiful bouquet of flowers, or a bunch of dead roses the florist wanted to unload.   And of course, the recipient would not want to hurt your feelings by telling you the latter.   It was a pretty good racket, while it lasted.

I think also the demise of FTD illustrates how tastes and styles change over time, and what was once a vibrant business can decline into nothingness overnight. Ask your local bootblack or shoe-shine boy about this.  I recall many trying to adapt to our new era of wearing athletic sneakers everywhere - they tried to offer sneaker cleaning services, but there were few takers. Other than a few prominent locations in major cities, most chose instead to close down.   No one judges you by how shiny your Florsheims are, anymore.

The question remains:  What do we think is indispensable today that will be old hat tomorrow?  If you can predict this, you could make a small fortune - or at least avoid losing one.

Several things come to mind, of course.   Many prognosticators have predicted that in 50 years, few will bother owning a personal car, as everyone will merely summon a self-driving Uber with their smartphone (implanted in their skull by then, right?).   And that self-driving car will burn electricity, not gasoline - or so the narrative goes.  We've already seen the "neighborhood garage" with the "mechanic on duty" turn into a convenience store - the victim of increasingly complex but more reliable automobiles. The car business will change because it already has, considerably.

People argue that cable television will be obsolete - replaced by streaming services, so that people will watch what they want to watch, when they want to watch it, rather than have to "see what's on" or make an appointment to watch a program at a given time, or try to program a TiVo device to record it.   And maybe that will happen - or maybe not.  I think overall, on-demand streaming will replace the broad-casting model.  It just remains to be seen how the cable companies will profit from it.

Whatever the future brings, it will bring change, probably in ways we don't expect.   One thing is for sure, we probably won't go back - to the era of hoop skirts and bow ties, of petticoats for women and sock garters for men.   And I doubt wedding china will make a comeback anytime soon.  And fresh flowers?   Probably not either.  Not that they will go away entirely, they just won't be as much of a "thing" as they once were.  Yes, people still wear bow ties, particularly hipsters.  That doesn't mean ties are making a comeback.

But what else that we think of as essential today will go out of style in ten or twenty years?   Will people still be getting tattoos and piercings?  Or will the kids of 20 years from now rebel against their parents, and revert to au natural skin?

What about college?   Will people still sign up for $100,000 in student loans to spend four years of advance naval-gazing?  Or will it re-invent itself in response to competition?  We'll see.

I guess the point is, nothing is certain.  What we think of as bedrock features of our economic and social landscape are really castles built of sand.
Newer Post Older Post Home