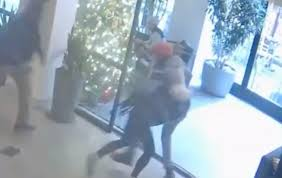 Deny, Deny, Deny, and always attack!  Roy Cohn has a lot to answer for.

I read in the papers about this lady who accused a young black teen of stealing her phone.  Needless to say, it has caused quite a shitstorm.  She left the phone in an Uber car, but when she realized she no longer had it, she panicked.  She looks around for the phone and all she sees is a young black teen with a phone just like it (duh - they all look alike) and she wrongfully accuses him of stealing it - and then attacks him to try to get it away from him.

One can understand the panic she was facing - losing your phone is like losing your life these days.  If you have configured your phone to allow purchases through your credit card, it is akin to losing your wallet.  Worst yet, I see a lot of people use their phone as a wallet, putting credit cards in a little slot in the phone case.   So you are in a distant city, and your plane ticket and hotel reservations and everything are on the phone and you lose it.  You panic.

That doesn't make it right to go around randomly accusing people, but it makes it a tiny bit understandable - she was having a mental breakdown.   Given the accusation of DUI against her in California, it is not too much of a reach to think perhaps she was drunk as well.

So, the thing to do is go on television and cry and beg for forgiveness, because the Internet is already marching with torches and pitchforks, and she is already the star of r/fuck_you_karen and will likely lose her job - or find herself unemployable - in the near future.  Oh, and the criminal charges and going to jail and all of that.   It is time to be contrite.

But this is the Trump era, where none of us are responsible for anything.   Never admit defeat!  Never admit fault!  Always attack the other person!  Always spin the facts!

So her attorney arranges a mea culpa moment on television and she.... totally blows it.  She wears inappropriate clothing, mouths off to the interviewer, and then tries to paint herself as the victim.   It doesn't help any that she lead a low-speed chase and resisted arrest.   I guess she thought she was the next O.J. or "Tot Mom" or whatever - and that the media would eat this up and she'd get a book deal out of it.

Well, sorry for her, but the mood of the county has changed since those halcyon days.  She may have been able to recover from this with the right PR and the right amount of groveling.  But that ship has sailed.  One-way trip to meth whore is all I can see in her future.

Well, unless she becomes the darling of the alt-right media.  In that case, maybe a future as an anchorwoman at Fox News or perhaps press secretary for Senator Josh.

But this is the attitude coming from the top-down.  This is what Trump has taught people - that you never admit failure, but rather spin your failures and project your weaknesses onto your opponents.  Trump a draft-dodger?  Well, at least he wasn't captured!   Kind of hard to be captured by the Viet Cong when you are living in a penthouse in New York City, eh?

That is the Trump legacy - or part of it.  The idea that none of us is responsible for anything, and that a get-out-of-jail-free card is always there for the taking.   I am sure that most of these Capitol rioters are surprised to be arrested this week - and next. After all, they left and flew home - no consequences, right?  Why are they being arrested?  They just did what Trump said to do!   Sadly, in this "defund the Police" era, it seems a lot of people are expecting the same treatment - and in some jurisdictions, getting it, as judges let criminals out of jail due to Covid and then act shocked when they commit crime after crime.

It's going to take a long time to turn this around, too.   We talk a lot about locking people up, but at the same time, there is a bipartisan effort to undo the criminal justice act of the Clinton era.  Abolish bail, let people out on parole, pardon everyone.  Trump pardoning his own criminal buddies is just confirmation that this is a good idea.  You can blame the left for being "soft on crime" but the right is just as much to blame - just for a different set of crimes.

I feel a little sorry for this young lady - up to a point.  While the 14-year-old boy who she tackled is no doubt shook up by the whole ordeal, I think he will recover from this and move on with life.   This lady, on the other hand (and I use that term loosely) looks to be facing some jail time and then try to reconstruct her life - if that is all possible, given her attitude.