There Is No Such Thing As A Good Night's Sleep! 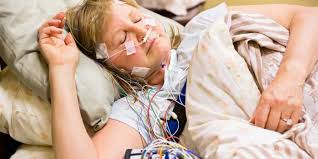