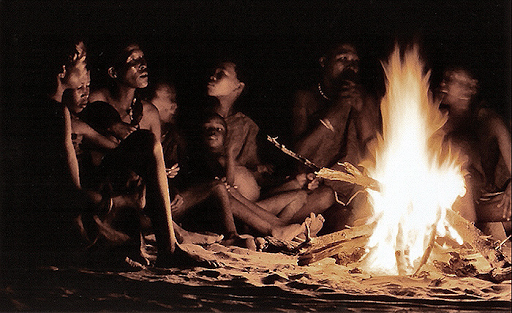 Belief is a comforting thing for people who are uncomfortable not knowing.

A reader writes that he liked my November 23rd posting about Belief and Stories and then linked to a podcast that is selling a book.  I am not sure if I am being trolled here or not.   The video in question has lots and lots of comments gushing about the author's book.  I get suspicious when that happens.

I get lots of e-mails from people asking me to write something about a particular topic - in addition to the pleas for "guest postings" and product endorsements. Maybe they have a paper due in class or something - or want content for their own site.  Most of what I have written has been reposted in shitblogs across India - text farms that hope to generate click revenue.

I could try to have them removed, but it is like playing whack-a-mole and Google wants a separate complaint form for each entry copied (and there are nearly 5,000 of them!).   Oh, well, on the plus side, if Google closes down my account for some reason, I can always find my content elsewhere.

But anyway, in that earlier posting, I noted:

Story-telling has a long history, as pre-historic (irony) people sat around the fire and an elder would keep them enthralled with his stories of derring-do and days gone by. Probably a good thing for him, too, otherwise the rest of the tribe would see him as a useless parasite and sacrifice him to the Gods.

So, sitting around the campfire, a boy asks the tribal shaman what the stars in the sky are made of.  The shaman has no way of knowing, of course, so he tells a story - maybe a story he heard when he was a boy from an elder shaman of that time.  And so belief is born.  No one sitting around the campfire understands what the stars mean, of course, but now they have a comforting label or story to categorize them with.

Belief is a way for people to understand things they cannot understand - to hang a "story" on to something and thus categorize it.  In a way, Science isn't much different.   In Science and Engineering, we build a theoretical model of something - often a mathematical model - and then perform experiments or tests to verify or dispute the model.  If the test data doesn't fit the model, we adjust the model or throw it out and start over.

So, for example, our understanding of the atom isn't based on what we can see inside it - indeed, our sense of sight is based on photons, and structures inside the atom are smaller than the wavelength of a photon. We make hypotheses as to how this structure works - based on previous hypotheses and experiments, and then run new experiments to verify or dispute that hypotheses.  But when you get down to it, these models or theories are, in a way, like the "stories" told around the campfire.

The difference is, of course, that Scientific theories are always in dispute and always being revised and improved.  Part and parcel of science is the idea that you will never know everything there is to know - that the "one theory of everything" will never be complete, that the "edge of the universe" will never be found, and that you can't count to infinity.  Science is always about telling a better and better story - but realizing the story is never finished.

Belief, on the other hand, is often telling the same story over and over again, even long after it is readily apparent the story is wrong.  The world is not flat, nor does it rest on the back of a celestial turtle.  And no, what month you were born in and the position of the planets doesn't affect your personality one iota. It goes without saying that what some guy said, years ago, who wore a sheet and wiped his ass with his hands, isn't the last word on anything.   Yet many people today believe the opposite.  The key word is believe.

But even belief can be revised, as I noted in that previous post. Christianity was a "reboot" of the Judaism franchise, which itself was a reboot of polytheism.  Islam was a "reboot" of Christianity, or a side-story, depending on your perspective. And even among Christians, there are many derivative beliefs - as many different brands of churches as there are brands of gasoline.  Belief is constantly being revised and re-tooled for a new generation.  And it goes without saying, people will kill each other at the drop of a hat over belief.

Which is another advantage of Science.  Since no one is every "right" in science, few have resorted to violence to enforce their theories on others.  On the other hand, people who are heavily invested in belief are usually quick to resort to violence against men of science - as history has shown, time and time again.

And perhaps that is why we see people who are invested in beliefs such as Qa-nonsense, willing to commit violence against politcal figures and attack our very government.

But there is another way of living.  For some, there is contentment in merely not knowing and not having to have explanations for everything in life. The afterlife? For me, it is enough to not know and realize that in a very short period of time (on a cosmic scale) I will find out, one way or another.  And I realize that other people who have lived about as long as I have (on a cosmic scale) don't have any particular insight that I don't. And no, long-ago stories that we are not allowed to contest or question seem to me to be highly suspect, particularly when the people pushing these stories are the first to resort to violence if you don't believe them.

The Kennedy assassination?  I am content to not know whether there is "another story" besides what the Warren Commission said.  Why?  Because it makes no freaking difference in my life and does not add to my happiness one way or another.  It certainly could detract, however, if I obsessed about it.   Are there aliens in Area 51?  I doubt it, but either way, I am not going to waste my life over it.

It is sad that other people chose a more difficult path.  A young man in Michigan just plead guilty to attempting to kidnap and murder the Governor.  He is facing 20 years in jail, at age 25.   Even if he was to get a shorter sentence, his life is basically ruined at this point - only with a lot of hard work and perseverance can he turn his life around, now that he has a felony record and a reputation as a crackpot. Such a waste - and all because he let belief run his life off the rails.

You see now why I say belief is evil?  Or at least it can be, if you let it.

There are so many things we don't know about or understand in this life and this universe.  You can go out seeking answers and never find them - or find the wrong answers, or find silly stories which may comfort you in times of trouble, but never fully answer your questions.