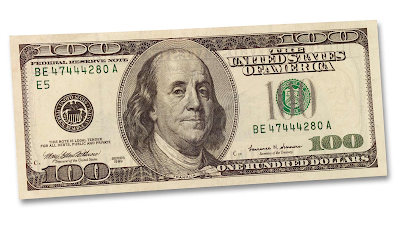 Setting a daily budget might be easier than trying to budget every damn thing.

Almost every financial site says "set a budget!" and then doesn't say too much about how to go about doing that.  Even the Federal Government struggles with their budget forecasts.  You can't predict things like wars or pandemics, which tend to toss carefully planned budgets into disarray.

Very rarely is a project brought in "on time and under budget" unless the contractor is savvy enough to quote a much higher price than anticipated (often to yield bonuses for bringing the project in under budget!).  Budgets are just estimates - rough ideas about how much we are spending and what we are spending it on.  They are not roadmaps or plans for our lives.

Most people don't budget.  I can't really do it myself - trying to figure out where all the money goes, down to the penny, is hard to do, even if I log every damn thing in Quickbooks.  It ia hard, as if you go to Walmart, for example, and buy groceries, flashlight batteries, wax for the car, and a case of beer, do you log this under "groceries" or do you try to split everything out?  I only split it out (and even then, only by estimation) if I am buying like a case of wine at the wholesale club.  Budgeting is not an exact science.

Funny thing, though, now that I am retired, I know exactly how much I will spend every year, thanks to Obamacare.  Obamacare subsidizes health insurance based on your income.  So if you can keep your income, say, under $40,000, you will likely get a subsidy of most if not all of the premium.  It is a screwy system, because the "normal" premiums would be $1,500 a month - which you would have to pay if you made over, say $70,000 a year as a married couple.  So think about that.  You make 70 grand and end up spending twenty of it on health insurance - making your net income fifty grand.  You might as well just make less money.

Like I said, it is a screwy system and it encourages people to make less money.  But it is what it is, for now, and if it stays in place until we reach medicare age, we're set.

So, every January 1st, I take $30,000 out of my IRA and put it into my Capital One savings account (which actually pays interest) and over the year, transfer $5000 every other month into my checking account.  On a good year, we might make another $5000 in rental income (after expenses) so that brings us to about $35,000.   I mentioned this to a neighbor who has a nice pension.  She asked, "Don't you have a pension?" and I kind of laughed.  She's about ten years older than me.  "No," I replied, "In 1978 - the year I graduated from high school - they enacted this 401(k) and IRA thing and we never had pensions."   I explained to her how we live on thirty grand a year and I think she was horrified.  We were poor people!   Millionaire poor people, but poor people nevertheless.

You see, she has two mortgages and car payments and so on and so forth.  They have a steady income, so they shop at the upscale grocery and have all the cable channels and new iPhones and all of that.  Good for them.  I could do that, too, and maybe get away with it.  Or, I might run out of money before I die - and I can't take that chance.   So you see how the IRA/401(k) changes the whole dynamic of retirement.  The really scary thing is that some people have no IRA or 401(k) - and no pension, of course - and they are really fucked.  So don't cry for me, living on "only" thirty grand a year - we're having a ball doing it - debt-free.

Anyway, I realized that there are 365 days in the year and our income (and spending) comes out to about $100 a day.  Since I do log all my purchases on Quickbooks and since most of them are by credit card, I can easily determine how much I have spent so far in the year and see whether I am ahead or behind on our budget.

Of course, there are going to be one-time charges that occur throughout the year, such as car insurance or homeowner's insurance or property taxes, that will blow the budget out of the water, at least temporarily.  And of course, the big deal is inflation, which is really getting noticeable.  A trip to Sam's club to day was eye-opening.  They carried a line of inexpensive sparkling wine for the mind-boggling price of $6.35 a bottle.  Not anymore - it's up to $8.67.  They were selling frozen lobster tails for $40 a pound (!!) when only a few weeks ago, they were less than half that.  What the heck is going on?  Sorry, but I was buying fresh lobster last summer for $8 a pound right from the lobsterman - maybe $15 a pound at a restaurant.  And gas just shot up 30 cents as well.   This is really screwing up my retirement plans, to be sure!

But look at me here, bitching about the price of champagne and lobster.  Life is so hard in the United States!

Anyway, it got me to thinking, why didn't I do this when I was working for a living?  Because back then, my annual salary was a known quantity, along with my tax liabilities - so I knew how much my annual take-home pay would be, year-in and year-out.  Yet, I spent money willy-nilly, got into credit card debt problems, and never really got ahead of the game for decades.  I mean, we made some right decisions - funding those 401(k) plans (and creating our own when self-employed).  But geez, it would have been so easy to just figure out how much I had to spend, every day, and then make it a goal to keep spending less than that.

What I ended up doing was trying to "budget" and that never worked out.  So many financial gurus say to set up a "budget" but never really say how to do this.  They make it harder than it has to be.

A much simpler way to budget, I think, would be to:

1.  Take your annual income amount and subtract taxes.  If this is too hard to figure out, just look at your typical paycheck and then multiply it by how many checks you get in the year.  Now you have your net income after taxes.

2.  If you want, subtract known regular monthly payments - rent or mortgage, student loan payments, 401(k) contribution, and other expenses that are unavoidable (so many seem unavoidable, but are not, of course).'

This is a lot easier than trying to set up dozens of spending categories and then trying to reconcile your actual spending with what you estimated.  Most people have no idea what they spend money on.  For example, as I noted before, cars are a huge money pit - a simple $25,000 car can cost you $8000 a year to own, simply because of the depreciation involved.  People love to say a boat is a "hole in the water you throw money into" and that is true - but only because it is just a floating car.  I guess the only difference is a boat is a luxury and we view cars as necessities.

But all that being said, once you know your daily allotment, you might think about spending it differently.  For example, the guys at work want to go out to lunch - which will cost you $25 to $50 depending on where you eat (or could be a lot more!).  If your daily allotment is $100 a day (after taxes, rent, etc.) maybe you'd think twice about blowing half of it on lunch alone.

I only wished I thought of this back in the day, when I was a salary slave in the cubicle.